NHL Betting News
While most of the talk heading into a new NHL betting season is about which teams are a good bet for the Stanley Cup, there is also some chatter about which teams will finish last overall. This is especially true when a hot young prospect will be entering the draft in the next year. Auston Matthews is the kid most likely to be first overall, and Toronto Maple Leafs and Carolina Hurricanes are among the favorites to land him. Those two teams will hook up in Carolina on Friday night.

Date: November 20th, 2015Time: 7:00pmVenue: PNC ArenaWatch Online HereAny thoughts that the Leafs (6-9-4) might tanks this season to get that first overall pick were essentially put to bed when Mike Babcock was hired as the new head coach. Babcock had a magnificent spell in Detroit, delivering a winning culture that will remain long after his departure. The difference in Toronto is that he does not have a lot of great talent to work with, but he is certainly getting the most out of what he has. The Maple Leafs have been competitive all season long, but that didn’t really translate in the wins and losses column until recently. Toronto has now won 4 of its last 5 games, and have started to turn those tight match-ups into wins. This is not to suggest that they are about to go on a ridiculously hot winning streak, but it will inject some confidence into a locker room that has been sorely lacking it for a few years now.Things are not looking quite as bright in Carolina (6-10-2) right now, as the Hurricanes are on a run that has seen them lose 6 of their last 7 games. The only saving grace there is that they lost a couple in OT, which means some more points added to their overall total. They may not be getting the results right now, but they are still playing the same brand of hockey that has made them such a difficult team to knock off. They always manage to battle hard and stay in games to the end, but they are lacking the sort of offense that might allow them to steal a few games here and there. The Hurricanes only have 4 players with double digit point totals right now, and Eric Staal is leading the team with 12 points. They need more than that if they are to start winning again. 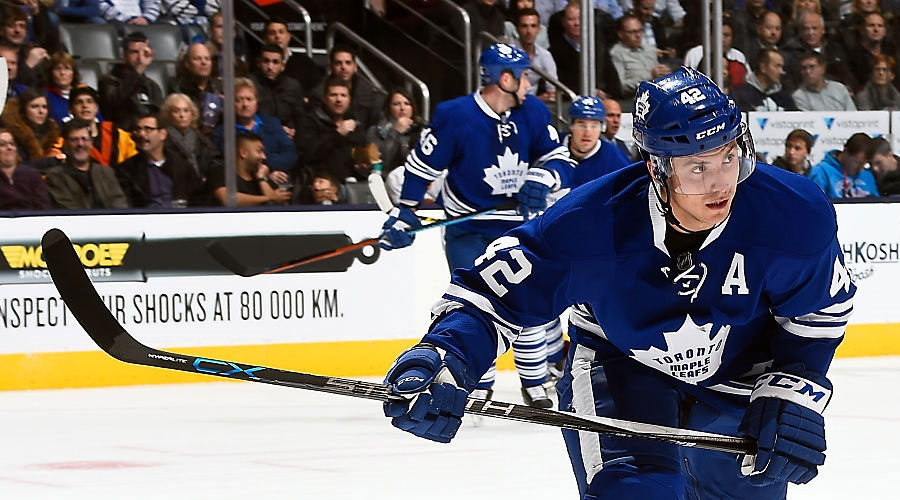 This game is intriguing, as it features a pair of teams in transition right now. It will help us get an idea of who is ahead of the game in that regard, and I believe that it will be the Maple Leafs who come away with the moral victory.
Older post
Newer post