The Winnipeg Jets have placed goalie Ondrej Pavelec on injured reserve this week with a knee sprain that coach Paul Maurice expects to keep him on the shelf through the month of December at least. He suffered the injury during the second period of the Jets’ 3-2 victory over Arizona on Saturday after he ran into Shane Doan of the Coyotes. Jets blueliner Mark Stuart pushed Doan before Doan ran into the goalie. The Jets have recalled Connor Hellebuyck from Manitoba in the AHL. He was the fifth-round pick of the Jets in the 2012 draft. His record with Manitoba is 2-7-1, with a 2-4-1 goals against average and a save percentage of .927 this season.

The single season Marlies scoring record is Tim Stapleton’s 08/09 total of 79 points in 70 games. William Nylander is on pace for 101 in 75.

Toronto Maple Leafs prospect William Nylander is making a big impression during his stint in the AHL. He has led the Toronto Marlies to a couple of wins over the weekend and now leads the AHL in scoring. Given that the Leafs are already showing some signs of new life under new coach Mike Babcock, there is a groundswell of support for bring Nylander up to the big club so that he can make contributions now. The organization is committed so far to letting him season in the AHL, but the voices of those who argue that Nylander has more talent than anyone else in the organization will be difficult to ignore much longer.

According to Steve Simmons with the Toronto Sun, the Arizona Coyotes are reaching out to Alex Anthopoulos with interest in him taking on a consulting role within their organization. He is the reigning MLB Executive of the Year, but he has no involvement or experience with hockey whatsoever, so the call came as a big surprise to him. This could be a testament to the cross-branding experience that is becoming more and more common in sports management. 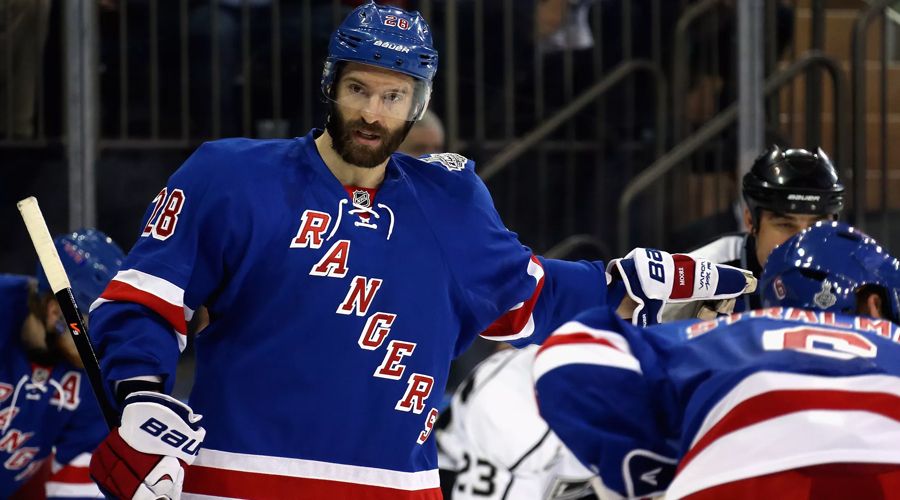 It looks like the New York Rangers have solved the problem of not having a viable fourth line. Dominic Moore is a career center who can also play on the wing, and so he has settled into the left side of that line along with Jesper Fast on the right and Jarret Stoll at center. This fourth line has accrued some significant down low zone time thanks to the solid forecheck. This line actually became the third line effectively in the Blueshirts’ 5-4 overtime defeat of Florida. Moore has a reputation of raising his game in the postseason – and was one of just a handful of Rangers to do so last season – but he had been a healthy scratch for two games earlier in November. Now that he’s a part of this solid line, he appears to be out of coach Alain Vigneault’s doghouse.

Now that Patrick Kane has been cleared of all charges and is off to an amazing start to the young 2015-16 season, the Blackhawks have reiterated their interest in keeping Kane as part of their long-term plans. He has been one of the best players in the league over the first 20 games, dominating opposing defenses.
Older post
Newer post