NHL Betting News
There is a really good NHL betting division race going on in the Eastern Conference right now, with the Atlantic Division tightening up through the top 6 spots. The Detroit Red Wings are right in the thick of it, and will be looking to keep pace with the suddenly hot Florida Panthers when they head west to face the San Jose Sharks at the SAP Center on Thursday, January 7. Puck drop for this one is set for 10:30 PM EST.

Both of these teams are going through a bit of a rough patch at the moment, so it’s tough to figure out who might be the favorite in this one. The Sharks will have been idle for 5 days when this one rolls around, so look for them to be rested and ready to go against a Detroit team in the middle of a 6-game road trip. Watch online here.

Why bet on the Detroit Red Wings

The Red Wings (19-13-7) were able to end last week on a high note with a road win over the Buffalo Sabres that came on the heels of 3 straight losses. They will have another tough road game on Tuesday when they head into New Jersey, and a win there would certainly take the out west on a bit of a high. Detroit are 8-5-3 on the road this season, and have a very decent 5-2-2 record against Pacific Division opponents. If they are to get anything out of this one, they are going to have to stay out of the penalty box, as they have been pretty ineffective shorthanded recently, giving up at least 1 PP goal in each of their last 4 games. The red Wings are averaging 2.5 goals per game, and are giving up 2.7 goals per game. 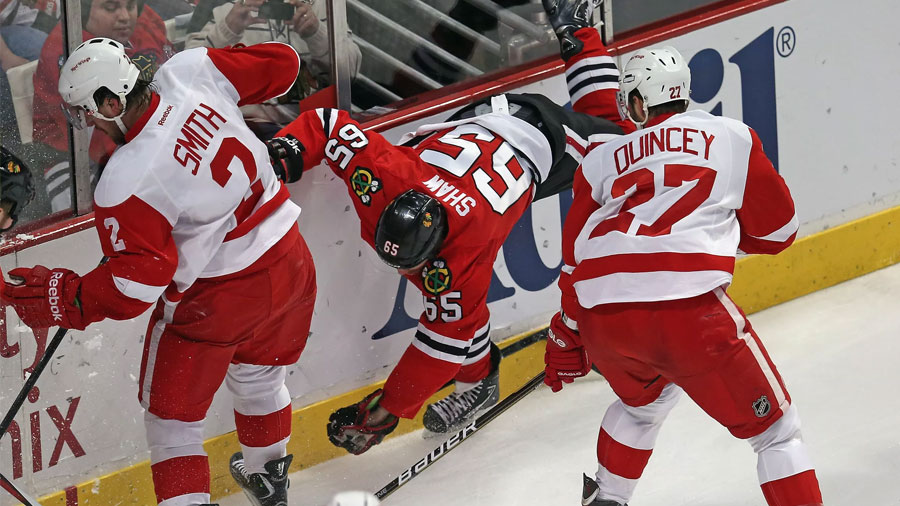 The San Jose Sharks (18-17-2) may currently be residing in 5th place in the Pacific Division, but they are just 2 points out of second place at the moment. They are going to have to be better than their 4-4-2 in their last 10 games, though, if they hope to pick up one of the limited playoff spots in that division. At 5-11-0, it’s fair to say that home ice is not where the Sharks have excelled this season, but they have been good against Atlantic Division opponents, going 6-2-0 so far this season. The power play of the Sharks is performing well, and they have managed 4 PP goals in their last 2 games. They are averaging 2.7 goals per game, but are giving up 2.9 goals per game.

I’m not entirely sold on the Sharks on home ice this year, but I have to say that their record against Atlantic Division foes is what is pointing me in their favor. I think the Sharks get the win here, but I believe it will be a close one.Detroit Red Wings 3 San Jose Sharks 4
Older post
Newer post