Soccer Betting News
Anfield has been a perennially dull place over the recent years, largely due to the subpar performance of Liverpool in the soccer odds, and partly due to a series of bad managers leading the team.All that is about to change…! Starting this weekend when Liverpool visits the White Hart Lane on Saturday for an EPL clash against Tottenham, the Reds will have the reddest of sheriffs in town, Jurgen Klopp, leading their charges.

Klopp, the Man After Liverpool’s Own Heart… 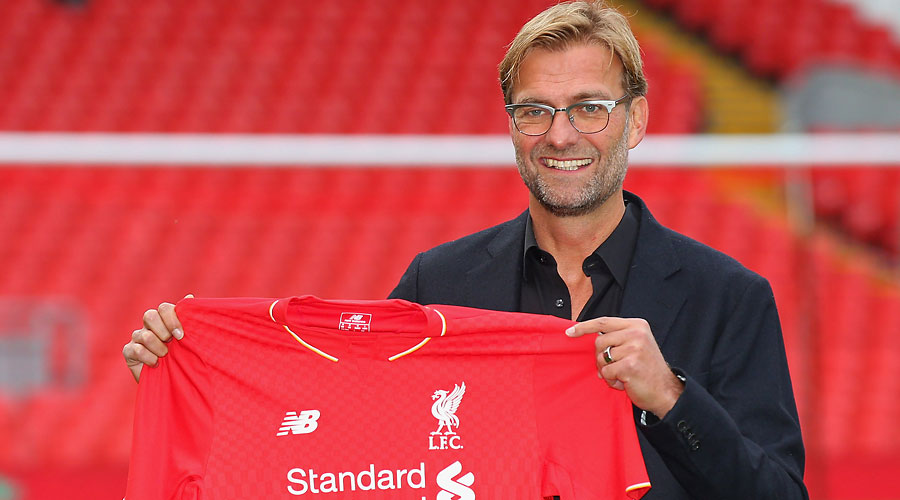 Liverpool’s newly appointed manager, Jurgen Klopp, is man known to have an infectious zest for life and success, something that follows him in every place he coaches. His improvised Tiki-Taka style of play, touchline leaps, boy-like spins, punches in the air, intelligent reactions to defeat, and ability to win titles makes him a perfect glove-like fit for the Liverpool Football Club that needs all the above, and much more that Klopp has to offer.And as far as Liverpool’s title droughts go, Klopp has an impressive résumé that vindicates his promise that he will help the Reds to win titles, including the elusive EPL title that has evaded Liverpool for oh-so long! You need proof, look no further than Dortmund, the previous club he coached and led to successive Bundesliga titles, amidst stiff competition from the likes of Bayern Munich and Wolfsburg. And for good measure, he won the DFB-Pokal, three DFL-Supercups and even guided Dortmund to second place in Europe.Still, with a good number of departed stars, the big question is; how long—if ever—will Klopp take to deliver on his promise of bringing back fun to a club whose splendour has dimmed over the recent years?

From Grace to Grass: What Went Wrong For Liverpool?

In its glory days, Liverpool was many things and could lift titles at will—a symphonic grand opera typified by sexy football that made them the song on every footballer’s lips.Now, it’s a place where players and coaches either can’t wait to quit or get evicted altogether. Just recently, Liverpool’s long-time captain and legend Steven Gerrard left the club, and his departure has quickly been followed by that of Brendan Rodgers. 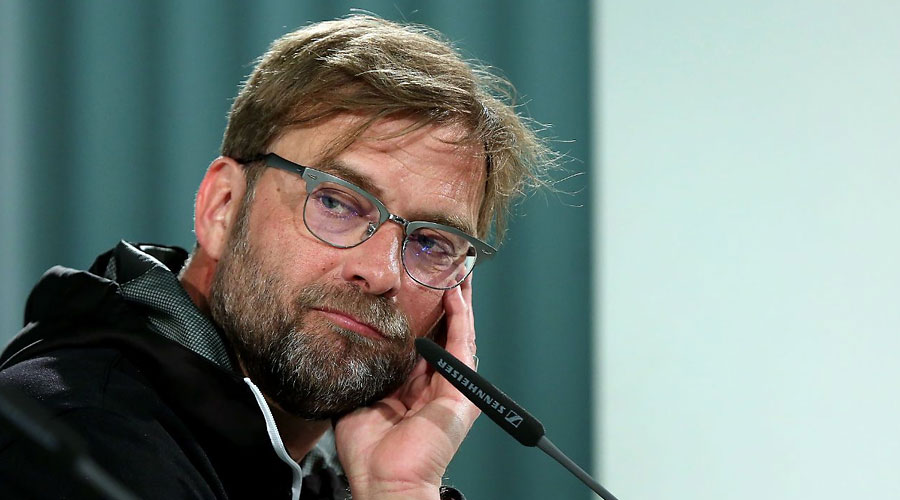 The Rafa Benitez era was probably the most successful period in their history, and that was roughly 10 years ago. The era is of course most memorable because of that dramatic Champions League Final that saw Liverpool come from three goals down to lift the prestigious trophy. It was epic, dramatic, borderline ecstatic and intense, but soon after that, we’ve had relentless years of failure and near-success stories that never came to fruition.During the bad reigns of Tom Hicks and George Gillett as the club owners, 2007 to 2010, Liverpool endured a lot of oppression, right from boardroom wars to player squabbled that tarnished the club’s identity.And the current generation of owners didn’t fare any better. Led by Red Sox owner John W. Henry calling the shots on soccer, a sport he isn’t too familiar with, wrong decisions were further made and icons like Gerrard were relegated to the bench in favour of younger and supposedly better stars such as Luis Suárez and Philippe Coutinho.This seemed to have worked, at least for a while when Liverpool occasionally played fluid and fast-attacking world class football, going as many as sixteen games unbeaten and failing to claim the league title by just two points in 2013.But then, things changed once again, and not for the better. Suarez, a key component in Liverpool’s squad left after the 2013 season that saw them blow up their chances to claim the EPL title, memorably highlighted by that costly slip by Gerrard against Chelsea. 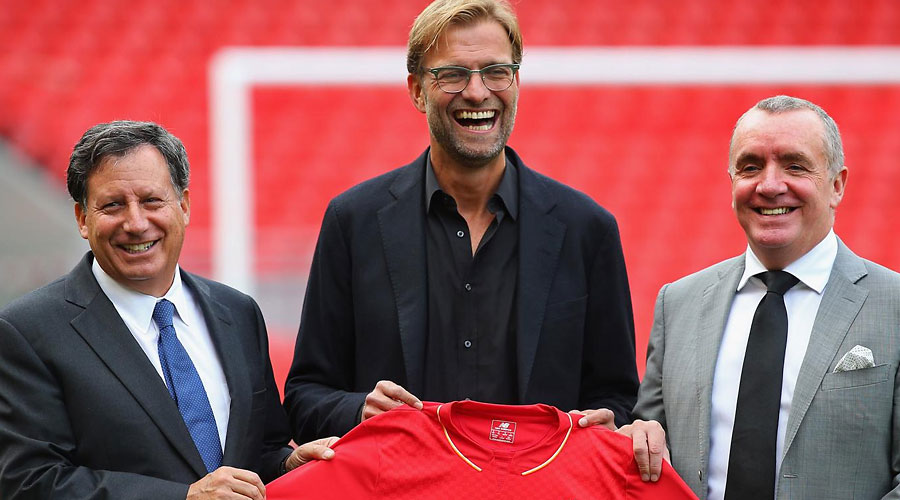 After that, Rodgers tried to fill up the gap left by Suarez, trying to no avail to get someone to replace him. Mario Balotelli’s gamble backfired, as he scored just one goal in 16 appearances for Liverpool. Devok Origi was a good talent signed for the team, but rather than use him, Rodgers sent him on loan, letting the injury-plagued Daniel Sturridge to lead the team, along with Coutinho and Rahim Sterling.And as we all know, the 2014-15 season became a bust for the Reds. The end of the season was followed by the exit of many key names, including Gerrard and Sterling. And expectedly, another bag of mixed in-transfers to Liverpool didn’t strengthen the team much, leading to Rodger being fired and Klopp taking over.

The Task at Hand for Klopp…

It is hard to say whether or not the club is ripe for Klopp. People can argue that football is just about as tactical as math and would refute the fact that a manager’s personality and organization ability plays a huge role. But that has been proven wrong time and time again by great managers such a Sir Alex Ferguson of Manchester United, Pep Guardiola at Barcelona or even Jose Mourinho at Chelsea, at least before the Bridge went down. 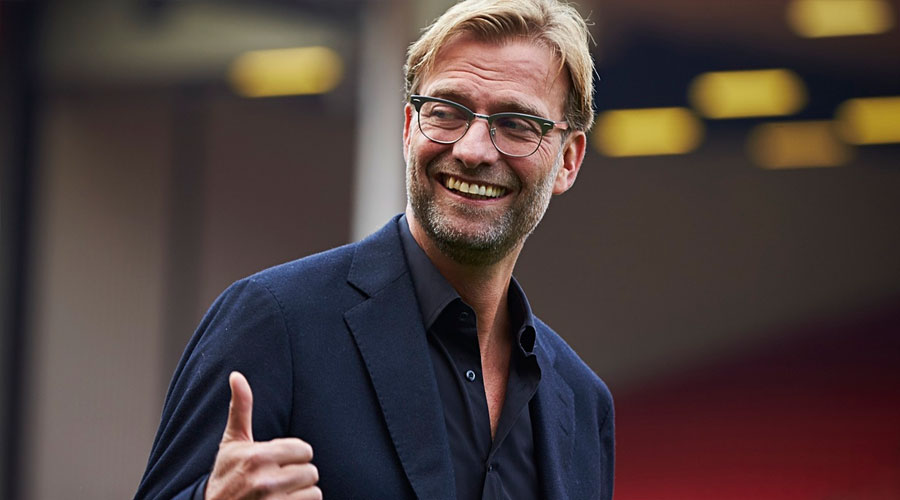 Plus, if the players, staff and the fans can plug into one vision, the manager’s job is made much lighter and highly likely to succeed. Such a combined effort can be a powerful ammunition that keeps both fans and owners patient, especially when results do not go the right way. This makes it easy to effect plans both for long-term and short-term basis, as well as off and on the pitch.And in regards to orchestrating such a working formula, there is no doubt that Klopp is a man of such vision. In Germany, he looked at what Guardiola did with his Tiki Taka football and improvised his own better version that could be tailored to be fast or slow, depending on Dortmund’s opponents.With the right players, that version of his football can almost be unstoppable. Fit in the wrong players, for instance take out Robert Lewandowski, and it crumbles, as was the case in Dortmund when Lewy left the team and Klopp’s team struggled mightily. So simply put, this approach calls for the entire organization to plug in and maintain your best pieces, not sell them like Rodgers did.While other coaches will encourage you to run around and make career choices as you wish, Klopp goes for continuous investments and making you the best you can be. This stands out in him as a skill and a brand. 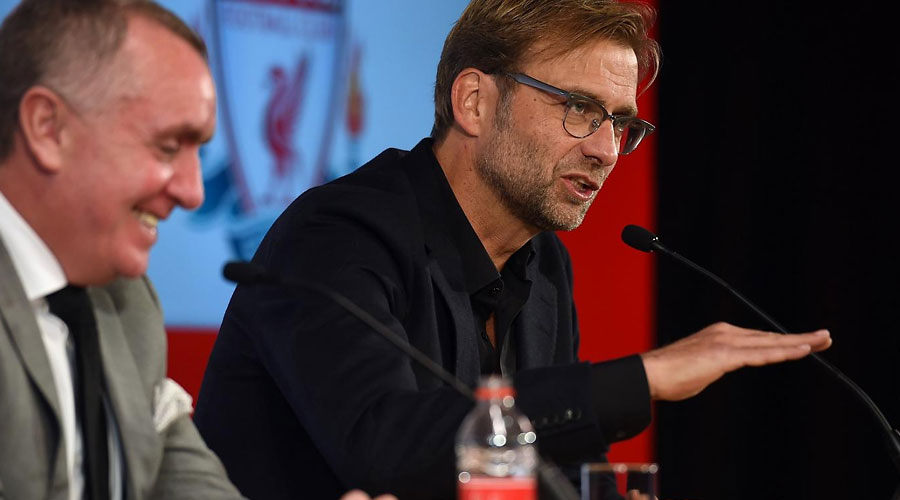 And for that reason, Liverpool could be a real unit challenging for titles in one or two years. A few decent pieces like Coutinho, Sakho, Benteke and Sturridge are a good starting point. Unfortunately for him, though, English football is obsessed with quick results and Cinderella stories, which are not things he specializes in.And if you are hired to take care of a club that sees the universe differently from your perceptions, it can work like magic and propel you to push for success, or it can turn into a speed train out of its rail, derailing you all the way to Armageddon. Whether or not Klopp will hack this challenge is anyone’s guess, but from his past coaching experience, he is certainly capable of success, albeit with a couple of struggles.

Final Remarks and Rejoinder on Klopp’s Arrival in Liverpool

If you are looking for an assurance on Klopp, here is one for you–his energy will blend with the high-purpose Liverpool team and come out as one picture of success with the team. But to be realistic, we will have to wait until the next transfer for him to clean up his team before we see some real football for the Reds.  This is mainly because Rodgers has left a lot of damage that needs to be repaired first. 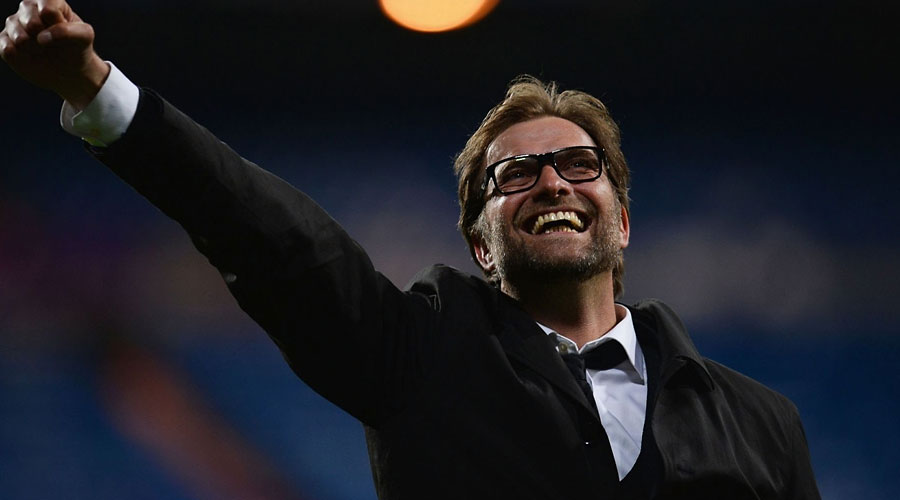 Of course, seeing things going wrong from the beginning is easy since the club is bigger than anyone and the euphoria of his arrival has injected a new sense of belief and hope for immediate success.  But then again, the man in charge now is used to being bigger than everyone, larger than life itself in fact, and he can walk alone if he must. That will be a big plus for him because the shifty Liverpool fans are guaranteed to desert him at some point when things start going wrong.But really, who cares about all that when we will be seeing Klopp and Mourinho on the same touchline animatedly cheering on their teams? What about the rivalry games with Man United? And don’t even get me started on how he will be handling Arsene Wenger or the English press when he’s happy and angry. Simply put, the brightest manager in the world has just walked into the gloomiest football club in the world, and with him comes enough sparks to light up the EPL soccer odds. It is going to be a roller coast, but is also going to very epic!
Older post
Newer post