Soccer Betting News
The Gunners play hosts to Dinamo Zagreb in Tuesday’s Champions League soccer lines in their bid to break their three-game streak without a win. In their weekend encounter, Arsenal suffered a shocking 2-1 defeat in the hands of West Brom, a game in which the Gunners missed several scoring opportunities, including a late penalty that would have at least earned them a draw. Meanwhile, the Croats are coming into this game with a worse record, reeling off three straight defeats. In a game featuring two struggling teams, something’s gotta give in Tuesday’s soccer betting odds. Here’s what we expect to happen in regards to the free soccer picks for this game.

Arsenal are in danger of #UCL elimination, but they aren’t in danger of losing to Dinamo https://t.co/lLV82o61uj pic.twitter.com/ia0iVYtx4J

Both Arsenal and Zagreb are sporting three points each in Group F, behind Bayern Munich and Olympiacos, who both have nine points. A draw between Bayern and Olympiacos will therefore mean an end to Arsenal and Dinamo’s hopes of sneaking into the Round of 16. There could, however, be some hope if Bayern beats Olympiacos, something both Arsenal and Dinamo are strongly praying for to happen.For the Gunners, they must beat Zagreb and hope Bayern beats Olympiacos to put them at a better position when they meet Olympiacos on the last day of the group stage matches. Still, their minus four (-4) goal difference may work against them, so they’ll need to beat Dinamo convincingly in order to boost those hopes. 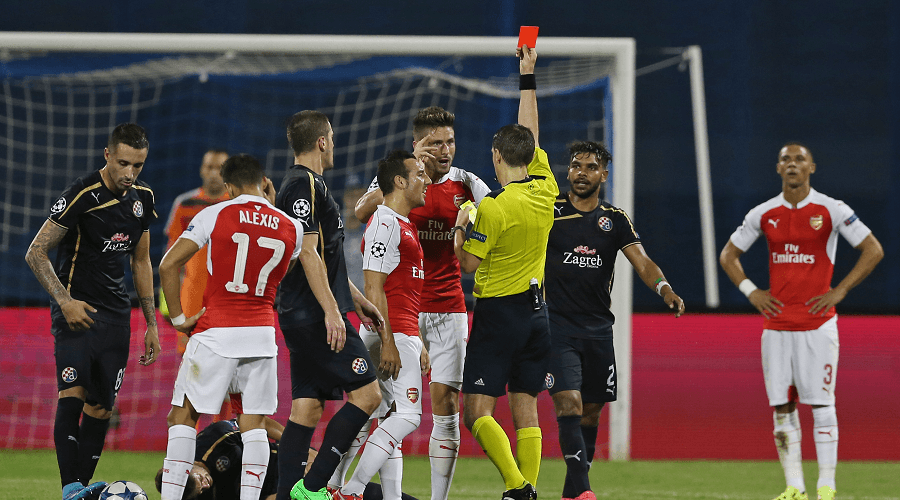 For Zagreb, it’s a taller order, as they have to go through Arsenal and Bayern Munich if they are to qualify for the next stage. Making matters worse for the visitors is that they face an Arsenal side that is desperate for a win and is looking to revenge a costly defeat to the Croats in their first leg encounter. That said, Zagreb hanged decently against Olympiacos and condemned Arsenal to a hellish night in Croatia, so they should not be written off from pulling a surprise against the wobbling Arsenal team that is particularly struggling due to its many injuries.

Although Arsenal have many injury problems, they still have enough depth and talent to take care of business against Zagreb, even the victory will probably be enough to see them through to the next round. Free Soccer Picks: Arsenal Wins 3-1.
Older post
Newer post