Soccer Betting News
A lot of places may close down for the holiday season, but the English Premier League is most certainly open for business. There are plenty of EPL odds games to choose from on Saturday, December 26, and they include Southampton hosting high-flying Arsenal at the St. Mary’s Stadium. Kick-off is set for 2:45 PM EST on NBCSN.

This has traditionally been the time of year when the Arsenal title challenge begins to falter, but it has to be said that this team looks better equipped to stay in the race. This looks like being a tricky one for the Gunners, though, which might make Southampton a good bet on the road. Arsenal have been installed as SU favorites at +110, while Southampton are in at +250.

Why bet on Southampton

Southampton (5W 6D 6L) are sitting in the middle of the table right now, but are on a bit of a slide after only picking up a single point in their last 5 games. A big part of their problem has been their inability to score goals, as they have only found the back of the net in their past 5 games. They have scored 13 goals at home this season, and have given up the same amount. Their 4 losses at home this season put them down near the bottom of the rankings for that stat. That lack of goals makes the -115 odds for UNDER 2 ½ goals look pretty good. 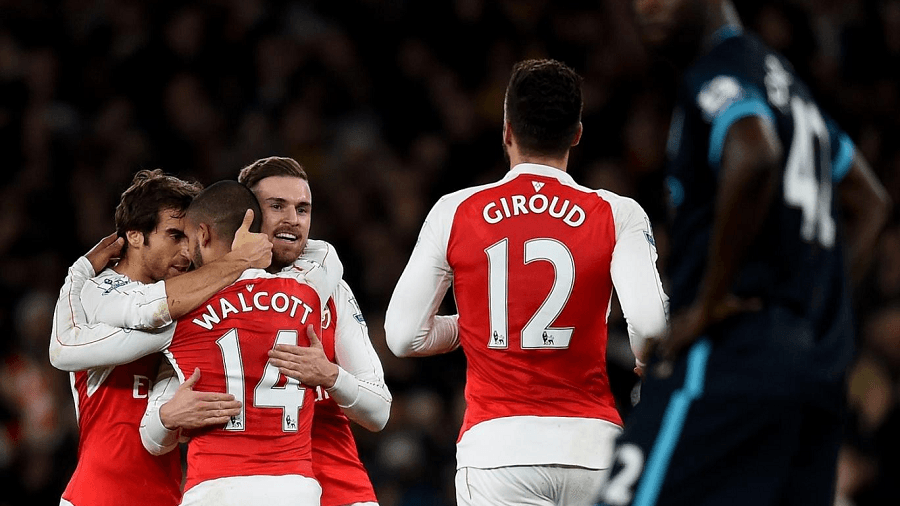 Why bet on Arsenal

Arsenal (11W 3D 3L) are proving to be one of the best teams in the league this season, and are just 2 points out of the top spot heading into the busy holiday season. One of the biggest strengths of this team is the depth of their squad, as many of the players they have sitting on the bench would actually be starting on any other Premier League side. Arsenal have the second best away record in the league, and have scored 18 goals versus 8 against in their 9 games on the road this season. After a pair of poor results against West Brom and Norwich, Arsenal have turned things around to win 3 in a row.

As I mentioned at the start of this piece, this has traditionally been the time of the season when Arsenal comes unglued, but I don’t think it’s going to happen this time around. This should be a comfortable, albeit unspectacular, win for the Gunners, and I believe they will cover the ½ goal line at +110.My prediction: Southampton 0 Arsenal 2
Older post
Newer post