The Rant
Our online sportsbook fans might think that Peyton Manning can play for several more years. After all, he has the Broncos out to a 3-0 start. In Week 1, Denver beat the Ravens, 19-13, but the dominant factor in that game was how violently both teams were able to knock over their opponent’s quarterback. It was that last drive that proved the difference, when the Broncos started on their own 4 and ended up down at the Ravens 15 to kick a field goal that gave Denver a six-point lead.

Yes, Peyton has changed, but he and his team keep winning anyway (by @Rosenberg_Mike) http://t.co/0QXfedVaV1 pic.twitter.com/WMAiCxYbNG

Up until that point in the game, though, Manning had not looked like he belonged out there. His throws were too soft and too quick. It looked like he was running in molasses, particularly when he tried to roll out. He had a hard time just staying out of his own way. He looked the same way in Week 2, but luckily the Broncos’ defense returned a fumble for a touchdown to win the game. Obviously, that’s to Manning’s credit, right? 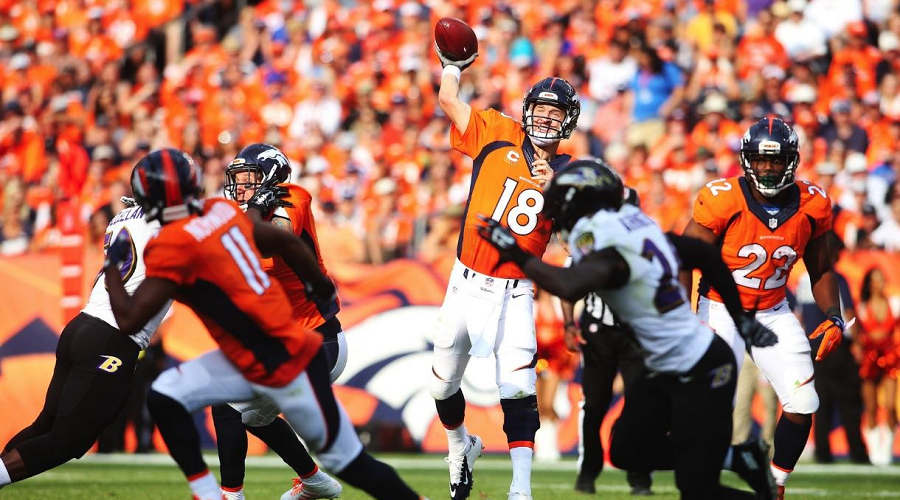 Meanwhile, there is definitely a fuse burning down to the end of his career, but a lot of people seem to be ignoring it. He is 39. He missed a whole season four years ago because of the multiple surgeries that were required to fix his neck. Sometimes Manning plays in gloves, not because he’s cold but because those neck injuries have kept him from having feeling in his right fingertips. If you look at Peyton Manning, you see a player whom the sport has destroyed. Yes, he has made millions of dollars. But if you walk into the locker room after a game, you’ll see what I’m talking about. 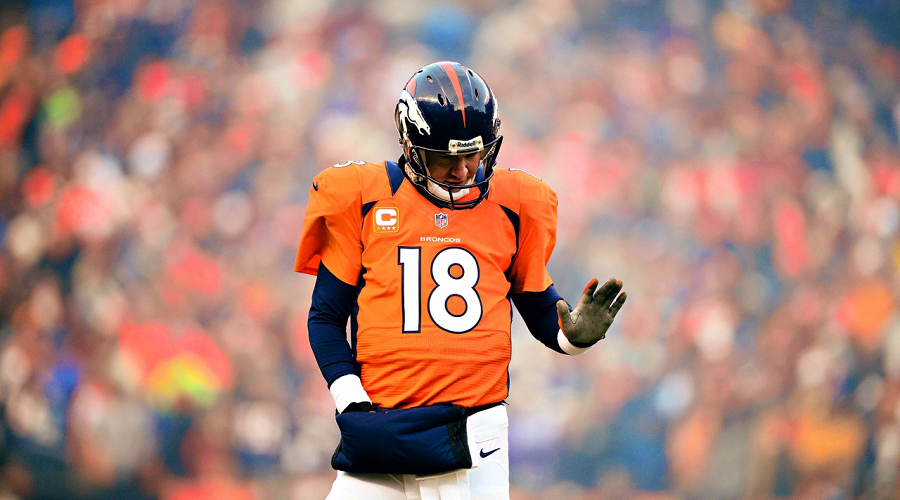 As Kevin Van Valkenburg detailed in an intriguing portrait of Manning, it takes the veteran quarterback about 15 minutes to get out of his uniform once the games are over. He needs an equipment guy to help him get his cleats off – because he doesn’t want to bend over that far anymore. When the socks come off, the toes have been twisted all over the place. He has a brace on his left knee, and just taking it off makes him wince in pain. His ankles are swathed in thick layers of tape. When the jersey and shoulder pads come off, he looks like a Jackson Pollock painting because of all the cuts and bruises. 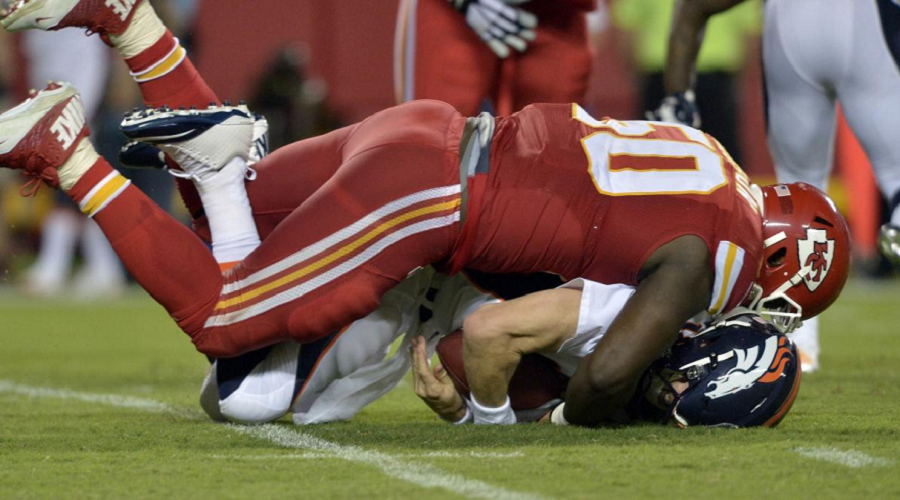 He’s never taken more than 29 sacks in a season, but it only took Weeks 1 and 2 to get him sacked seven times. He has thrown three pick-sixes in his last four regular-season contests. When he threw a pick-six against Kansas City, his halfhearted attempt at tackling Marcus Peters was a joke. Of course, in the second half, he threw for a score and went over 70,000 career passing yards, second only to Brett Favre. 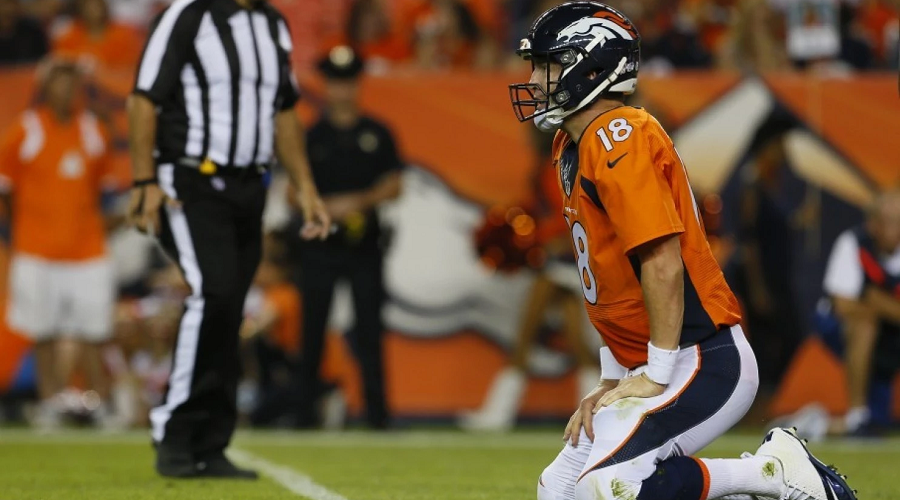 He will make it through this season. He might make it through next season. But at what cost? It’s true that he only has one Super Bowl ring, but how likely is he to make it through the gauntlet that is the playoffs, with New England waiting for him? Given his legacy, it’s time for him to consider retiring.
Older post
Newer post