Written by Jordan Walters on December 1, 2015

NCAA Football Betting News
One of the more intriguing questions as we enter conference championship games is whether or not the 12-0 Iowa Hawkeyes really have earned a spot in the College Football Playoff. It’s true that the team is 12-0, after their defeat of Nebraska, but as it stands right now, there are several more teams that have lost a game that are more worthy of a spot in that playoff. While a win over Michigan State would strengthen Iowa’s case immensely, as it stands now, I don’t really think they have earned that playoff spot. Let’s talk about why.

Iowa is 12-0 this season, and yet America still has its doubts. https://t.co/NZPKKJmFf5

The rankings in the College Football Playoff are unbelievably subjective, which means that it’s almost impossible to predict what the voters are thinking. Of the four top seeds, #1 Clemson and #4 Iowa are the unbeaten, but #2 Alabama and #3 Oklahoma sit ahead of them. Clemson has beaten Notre Dame, Florida State and Georgia Tech. Alabama did beat LSU when LSU was ranked #1 in the nation, and they also beat Mississippi State, Tennessee and Georgia. OU beat TCU, Baylor, Tennessee, and Oklahoma State. But Iowa has beaten…Northwestern. And that is it.

Fundamentals are great to have, but they don’t get you those huge program wins.

The biggest compliments that Iowa receives in the national press is that they can manage the football and work with solid fundamentals. However, they are not talking about any players, which means that Iowa lacks that star power to get it over the top.

Iowa has a mobile quarterback who protects the ball well, but his arm isn’t that strong and he hasn’t put together that many explosive plays – at least not like you would expect from a quarterback on a 12-0 team. This isn’t the same type of confidence that you get on a team where the quarterback can pick up the team and carry them on his back. 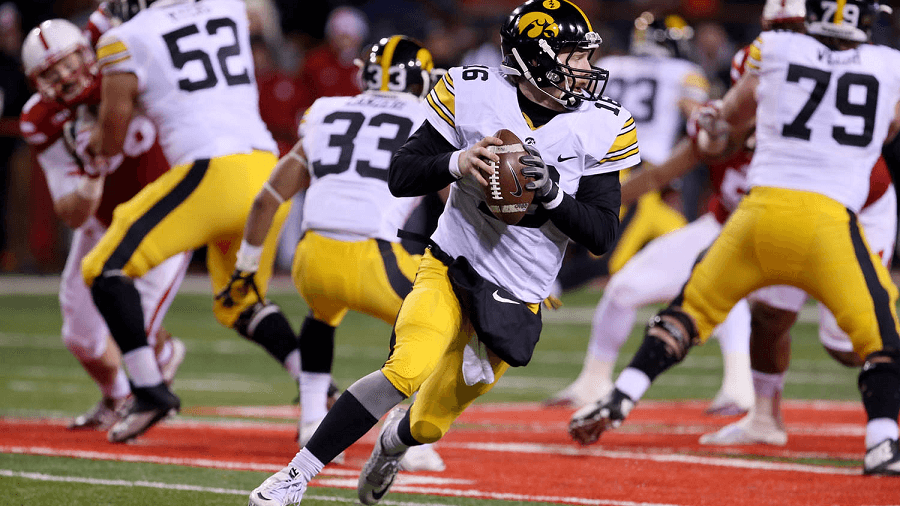 At least two teams in the mix are better.than Iowa. That’s Michigan State and Notre Dame. Their quarterbacks are better than C.J. Beathard, and their defense is adequate. However, Michigan State and Notre Dame have defenses that are as good as Iowa’s but alfo feature better wideouts for their quarterback to send the ball to. Both Notre Dame and Stanford have a loss, but their talent and wins look better than what Iowa has to offer.

Strength of schedule has to count for something.

Iowa had one of the easiest schedules of a Power 5 team ever. They played only one ranked team (Northwestern), and their Big Ten schedule steered them clear of Ohio State, Michigan State and Michigan. They played eight Big Ten games and had only two opponents who now have a winning record. So the hope is that Michigan State will knock them off in the title game, but even so, I have a hard time seeing Iowa deserving a spot as things are now.
Older post
Newer post