NCAA Football Betting News
The 15th-ranked Stanford Cardinal will look to rebound from their crushing Week 11 loss and keep its faint college football playoff hopes alive, but doing so likely won’t be any walk in the park as the Cardinal try to overcome gifted passer Jared Goff and the dangerous California Golden Bears on Saturday. Now, let’s find out which teams will bring home the bacon in this intriguing Pac-12 pairing.

Cal racked up an insane 760 yards of offense to pound Oregon State senseless in their 54-24 Week 11 win while covering the spread as a 21-point home favorite.Gifted quarterback Jared Goff completed 26 of 37 passes for 453 yards with six touchdowns and one interception in the win. The Bears took a 24-10 lead into the half and never looked back in becoming bowl eligible for the first time since 2011.Cal rushed for a season-high 307 yards against the Beavers as running back Tre Watson rushed for 110 yards on 10 carries. For the season, Goff has thrown for 3319 yards with 30 touchdowns and 13 interceptions. The Bears are ranked 23rd in scoring (36.8 ppg) but just 78th in points allowed (28.2 ppg).

Fifth-year senior quarterback Kevin Hogan completed 28 of 37 passes for 304 yards with two touchdowns and one interception while rushing 11 times for 48 yards and an additional score in Stanford’s heartbreaking 38-36 Week 12 loss against Oregon while never coming close to covering the spread as an 8.5-point home favorite. 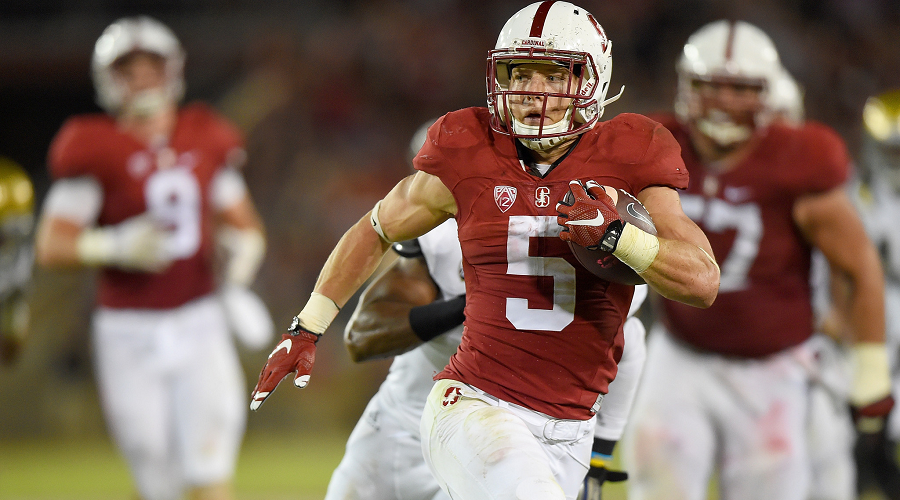 Gifted dual-threat running back Christian McCaffrey rushed 33 times for 147 yards and one touchdown while catching five passes for 42 yards. The son of former NFL star Ed McCaffery leads the nation in all-purpose yards at 241.8 per game. For the season, Hogan has passed for 2,135 yards with 18 touchdowns and seven interceptions. The Cardinal are ranked 22nd in scoring (37.0 ppg) and an impressive 34th in points allowed (22.0 ppg).