NCAA Football Betting News
The Texas A&M Aggies (5-2, 2-2 SEC), who are hosting the South Carolina Gamecocks (3-4, 1-4 SEC) this Saturday, are hoping to revive their season after suffering a two-game losing skid in the last two weeks, distancing them from the SEC West divisional race. On the other hand, South Carolina spent last week resting on its bye, and is looking to stay in winning ways after securing a victory over conference opponent, Vanderbilt, in Week 8. With the stage set for a thrilling SEC encounter, let’s find out who is likely to emerge victories in this week’s NCAAF lines.Venue: Kyle Field, College Station, TXDate: Saturday, October 31, 2015Time: 12:00 PM ETTV: SEC Network/ ESPNNCAAF Lines: Texas A&M (-16) South Carolina (+16) OVERR/UNDER: 57

Betting on the Texas A&M Aggies

After an impressive 5-0 start to the season, the Aggies fell 41-23 to Alabama and 23-3 at Ole Miss, respectively, dashing away their hopes of challenging for the SEC West crown. The two games marked two disappointing losses for Texas A&M in back-to-back weeks, with the team getting outdone on both ends of the field.Nonetheless, the Aggies may have a breather when they take on the lowly South Carolina at home on Saturday afternoon.  The main problem for the Aggies in the recent weeks has been in their struggling quarterback play. QB Kyle Allen has good numbers overall, throwing for 1,625 yards and 14 touchdowns against six picks, but over the last two games, he has thrown for just 351 yards with one TD against four INTs. 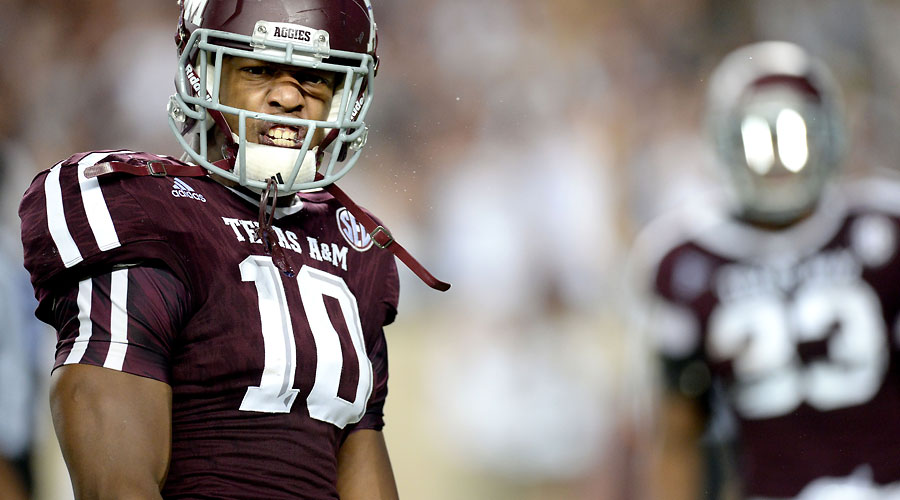 Against Ole Miss in particular, Allen had a disastrous game, completing 12 of 34 passes for a season-low 88 yards with an INT, forcing the Aggies to replace him replace him with backup QB Jake Hubenak early in the fourth quarter. Like Allen, Hubenak didn’t have much success.Without improvements from Allen and his backup, the Aggies could similarly struggle against the Gamecocks pass defense, which is allowing just 214 yards passing per game this campaign. For a better showing, WR Christian Kirk and his fellow targets must also step up offensively this Saturday. Although Kirk leads the Aggies with 625 yards and four touchdowns on 41 catches, he caught just two passes for 16 yards in the loss against Ole Miss. Josh Reynolds was not left behind, either, as he caught just three passes for 19 yards in the blowout loss.The good news, however, is that the Texas A&M defense played well against Ole Miss, and the running game wasn’t utterly bad like the passing game. The defense forced four turnovers against the Rebels, but the offense could not take advantage of those giveaways and turn them into points.If that D-line can fight just as strongly, and the offense plays its part this time round, then the Aggies should almost certainly be able to bounce back in a big way.

Betting on the South Carolina Gamecocks

The Gamecocks are hoping for another victory like in their last game, when they defeated Vanderbilt 19-10. The South Carolina offense impressed against Vanderbilt, with WR Pharoh Cooper catching seven passes for 160 yards, including a 78-yard touchdown; RB Brandon Wilds rushing for 119 yards on 24 carries; and QB Perry Orth threw for 272 yards with a touchdown. 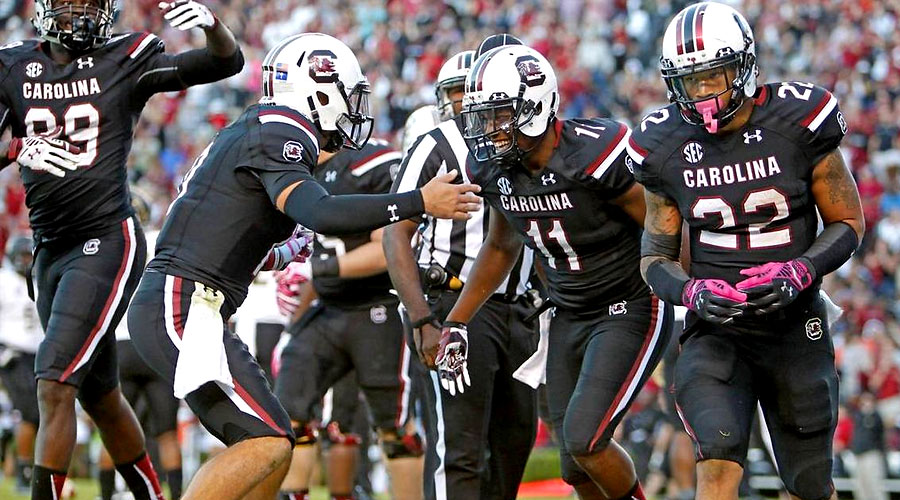 To replicate such a performance, or at least frustrate Texas A&M, Orth will need to find consistency, having completed just 52.4 percent of his passes for 755 yards with four TDs and four INTs this campaign. Wilds, another solid piece in the offense, leads the Gamecocks with 300 yards on 5.1 yards per carry. His efficiency will be crucial if the Gamecocks are to avoid getting blown out by the talent-laden Aggies.Wilds’ performance will be crucial since getting the passing game going against the Aggies on the road will be mountainous. Texas A&M is one of the best programs in the SEC in passing defense, allowing just 191.4 yards per game. Even so, the Aggies defense did show some holes against Ole Miss, allowing QB Chad Kelly to throw for 241 yards with two TDs. This should be a motivation for Orth to give a good account of himself.While the Gamecocks’ offense has been inconsistent, the defense has simply been below-average. The defense is giving up 200.1 YPG on the ground and that is never a good thing in the SEC, which houses some of the game’s best RBs. The Aggies, for example, have RB Tra Carson leading his team with 524 yards and four scores on 122 carries this season, something that necessitates mega improvements from the visitors. 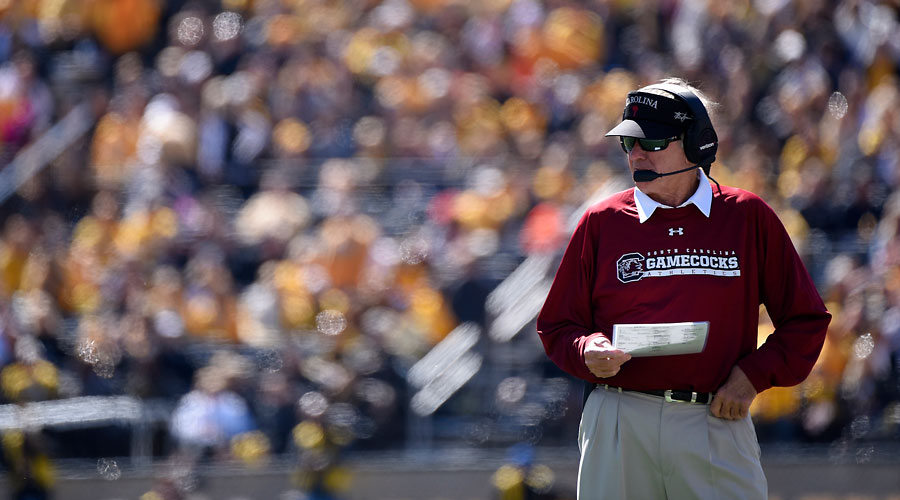 The Aggies seems to beat up on losing teams and even pretty good ones this season. They defeated Mississippi State 30-17 earlier this month, a team a lot better than South Carolina. So whereas Allen may not be on his best of forms, he should get into gear against a pretty bad South Carolina defense. Added to the fact that the Gamecocks have their own quarterback issues; go with Texas A&M to take care of the ball on both sides of the field for a blowout win and cover of the spread, with the total definitely going OVER.
Older post
Newer post