Soccer Betting News
By this point in the big European league seasons, the usual soccer odds powerhouses have generally set themselves in the top positions. In the Bundesliga, it’s Bayern Munich. In Ligue 1 in France, it’s Paris Saint-Germain. La Liga in Spain features Barcelona in first place. In the English Premier League, though, the top team on the table is Leicester City.

Soccer Odds Report: What’s up in the English Premier League?

Last season, Leicester looked headed to certain relegation, only to win seven of the last nine to climb up out of the bottom of the table. The team added Claudio Ranieri as their new manager in the off-season, to the derision of many who criticized his middling work with the Greek national team and predicted that Leicester would be headed back down to the second tier. So how is it working so well for Leicester? Striker Jamie Vardy found the net in 10 straight league games to tie a Premier League record that has stood since Ruud van Nistelrooy made a similar accomplishment in 2003 for Manchester United. Winger Riyad Mahrez, an Algerian national, has been terrific, scoring seven times and netting six helpers to become the Premier League’s most deadly player. 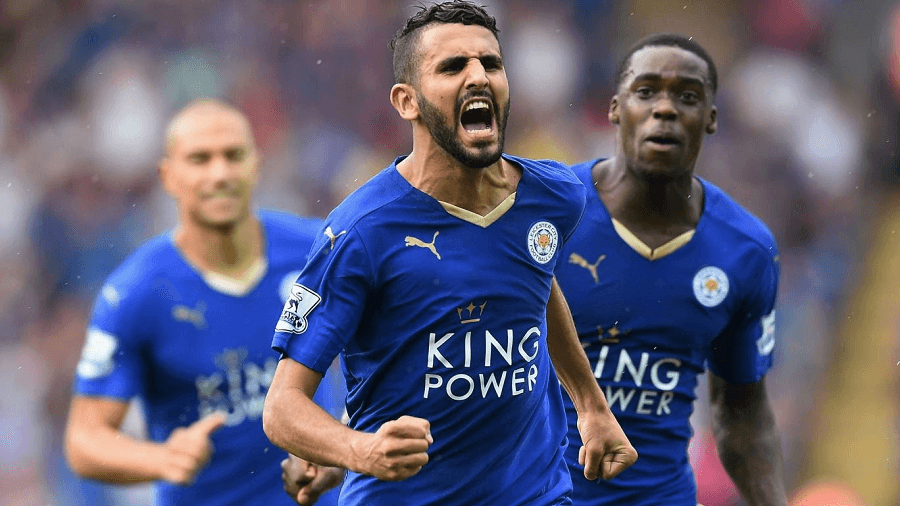 Leicester does have the worst passing accuracy marks in the entire league, but it ranks #3 in possession at 43%. The Foxes have scored 28 goals to lead the entire league and have taken 10 points from losing positions, another top rank in the EPL. The team works hard and believes in itself, which paired with those two salty players is enough to have the team atop the table. Leicester is about to enter the toughest part of the schedule, though. They are at Everton and Liverpool before returning home to take on Chelsea and Manchester City at home. If Leicester has managed to hold form in those games and is still atop (or near the top) of the table, look for them to be a solid contender in the top four as the season begins to wind down. It helps that Manchester United posted four scoreless draws in its last eight games, showing a moribund offense that is not doing a solid defense any favors. United captain Wayne Rooney has urged his team to play with more “ruthless” abandon, according to the London Globe and Mail.
Older post
Newer post