NCAA Football Betting News
You know you are a dominant NCAAF betting program when a 2-year period without a National Championship is considered a drought. This looks like a team on a mission, especially when you look at how easily they tore apart the Michigan State Spartans in the semi-final. Coach Nick Saban felt that the Crimson Tide didn’t give their best in last season’s Final Four when they lost to Ohio State, and he wants this group of guys to make amends for that poor showing.

We will talk about the impact of Derrick Henry at the running back position in a moment, but we first have to spend some time talking about QB Jake Coker. There are plenty of NCAA football fans who didn’t believe that Coker had what it takes to be a championship winning QB, but in fairness, he has spent a large portion of the season managing the game and handing off to Henry. He was asked to take on a much bigger role in the Michigan Spartans game, and he absolutely rose to the occasion and proved himself to be an elite QB. He went 25 of 30 for 286 yards and 2 TD, but more importantly, he avoided any costly mistakes. A similar type of performance against Clemson will see Alabama roll to the title.Heisman winner Derrick Henry was not a major factor versus the Spartans, and he really didn’t have to be given how well Coker played. That may actually work in the favor of the Crimson Tide, as Henry should have some pretty fresh legs heading into the National Championship game. Clemson is now forced to decide where their attention should lie, as trying to shut down henry might mean that Coker gets to do his thing, while going after Coker might leave the door open for Henry. This is proof that Alabama has what it takes to beat opponents through the air or on the ground. You can bet that OC Lane Kiffin will have a solid game plan in place. 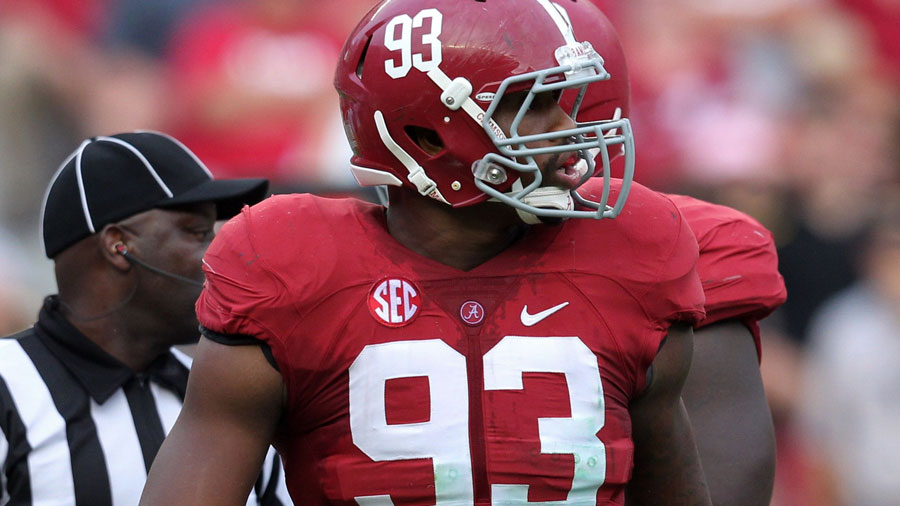 It is not all offense for the Crimson Tide, though, as the Alabama D-Line has proven itself to be the best front 7 in the nation. They have shut down the running games of the best teams in the league, which might well limit what DeShaun Watson is able to do for the Tigers. Forcing Watson to throw the ball could limit what the Clemson offense can do, and that could well be one of the main keys to Alabama winning the National Championship.

Finally, you simply cannot ignore the Nick Saban factor, as this is a program that completely transformed after he took control of the coaching reins. He has a history of winning and outcoaching the very best, which means Dabo Swiney will have his work cut out for him on the Clemson sideline.
Older post
Newer post