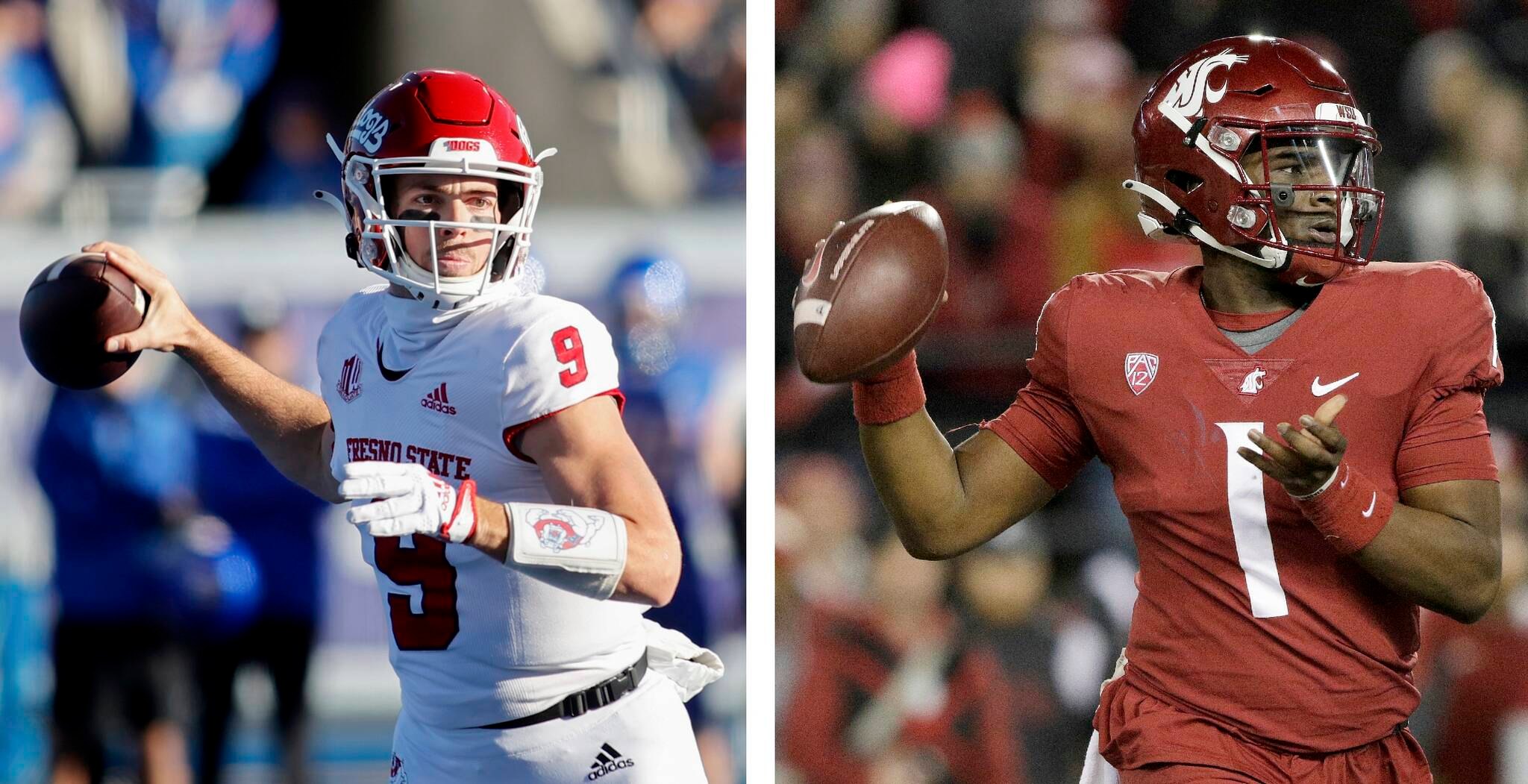 Two of the west coast’s better college football teams clash in the Los Angeles Bowl on Saturday, Dec. 17 when the Washington State Cougars throw down against the Fresno State Bulldogs. Fresno will step onto the field at SoFi Stadium in Inglewood a -1 favorite. Will the Bulldogs grab the LA Bowl trophy? Or will Washington State go home with the hardware? Keep reading for College Football Bowl Odds, analysis, and a free pick for Washington State versus Fresno State.

Why bet on Washington State versus Fresno State?

In their final game of the regular season, the Cougars lost 51-33 versus rival Washington but the Huskies were one of the better teams in the Pac-12.

Before falling to their inter-state rivals, the Cougs had won 3 straight over Stanford, Arizona State, and Arizona. Washington State had also covered in 4 straight, including covering against conference champion Utah in a 21-17 loss.

Why bet on Fresno State versus Washington State?

In their final three games, including the Mountain West Championship, Fresno State rolled. The Bulldogs beat Nevada 41-14 and Wyoming 30-0 in their final two regular season games.

Then over the blue field in Idaho, Fresno showed they were kings of the MWC in a 28-16 win over favored Boise State.

Washington State is a quality team, but the Cougars should struggle versus Fresno State. WSU’s defense allows 266.8 passing yards per game and that does not bode well.

The reason for Fresno’s late season surge is due to Jake Haener’s return from injury. Fresno State’s starting quarterback completes 72% of his passes and averages 290.7 passing yards per game.

Haener is great at changing plays at the line of scrimmage depending on the defense. So if Washington State tries to stop Fresno’s passing attack, Haener will audible for run plays.