NCAA Football Betting News
The top-ranked Clemson Tigers almost assuredly won’t have any problem beating the reeling South Carolina Gamecocks when they square off in a Week 13 NCAAF betting SEC showdown that gets underway on Saturday live from Williams-Brice Stadium. Now, let’s find out if the Tigers can cover the spread as whopping two-touchdown-plus road favorites.

The Tigers remained unbeaten by spanking Wake Forest 33-13 last weekend despite failing to cover the spread as a whopping 28.5-point favorite. Quarterback Deshaun Watson completed 24 of 35 passes for 343 yards with three touchdowns and two interceptions and the Tigers limited the Demon Deacons to just 152 yards of total offense.Now, the Tigers are focused on knocking off South Carolina. “All we’ve gotten done so far is in the rearview mirror,” head coach Dabo Swinney said Tuesday. “It’s what’s next. Our guys understand. They get it. Just lose it, and you’ll realize how special it is.”The top-ranked Tigers rank fifth in total defense (278.2 ypg) and an equally impressive 14th in total offense (501.4 ypg). Star quarterback Deshaun Watson has passed for 2,944 yards with 26 touchdowns and 10 interceptions. Clemson has forced nine turnovers in their last five games. 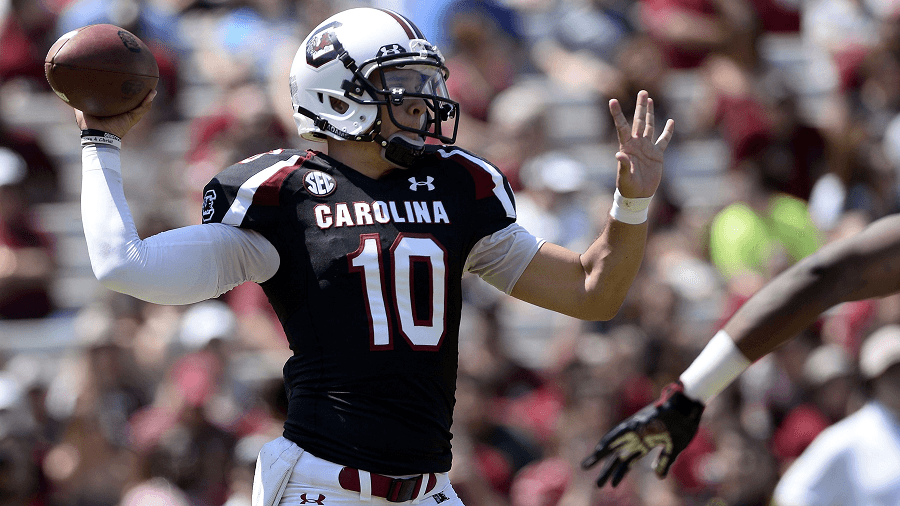 While quarterback Perry Orth completed 28-of-43 passes for 367 yards and one touchdown and connected with Pharoh Cooper 11 times for 191 yards, the Gamecocks gave up a whopping 350 rushing yards to the Bulldogs, the third time this season they’ve allowed at least 300 rushing yards in a contest.“We faced the facts, exactly what had happened, what’s been going on and what we got to do to move forward,” Elliott said. “Our mood of our football team is very good if you can imagine that to happen.” “It just kind of makes you chuckle when we found out about the Citadel,” Clemson tight end Jordan Leggett said.Nevertheless, Leggett said the Tigers will take the Gamecocks very seriously. “Mistakes now are not what we need,” he said.

I have absolutely no idea why 34 percent of the betting public likes South Carolina to cover the spread in this SEC mismatch, but I do know that I wouldn’t wager on the Gamecocks n this contest, even with someone else’s money!I know the Tigers haven’t compiled a bunch of glamorous ATS trends this season as they’ve faced increasingly tough odds, but Clemson has gone a near-perfect 4-1 ATS in their last five non-conference games while South Carolina has gone a nearly winless 1-7 ATS in their last eight games against a team with a winning record.I know the home team is 6-2 ATS in their last eight meetings and that Clemson is a winless 0-4 ATS in their last four road dates against the Gamecocks, but I like the Tigers to get the emphatic win and ATS cover by recording a three-touchdown win at the very least!My Pick: Clemson 42 South Carolina 21
Older post
Newer post