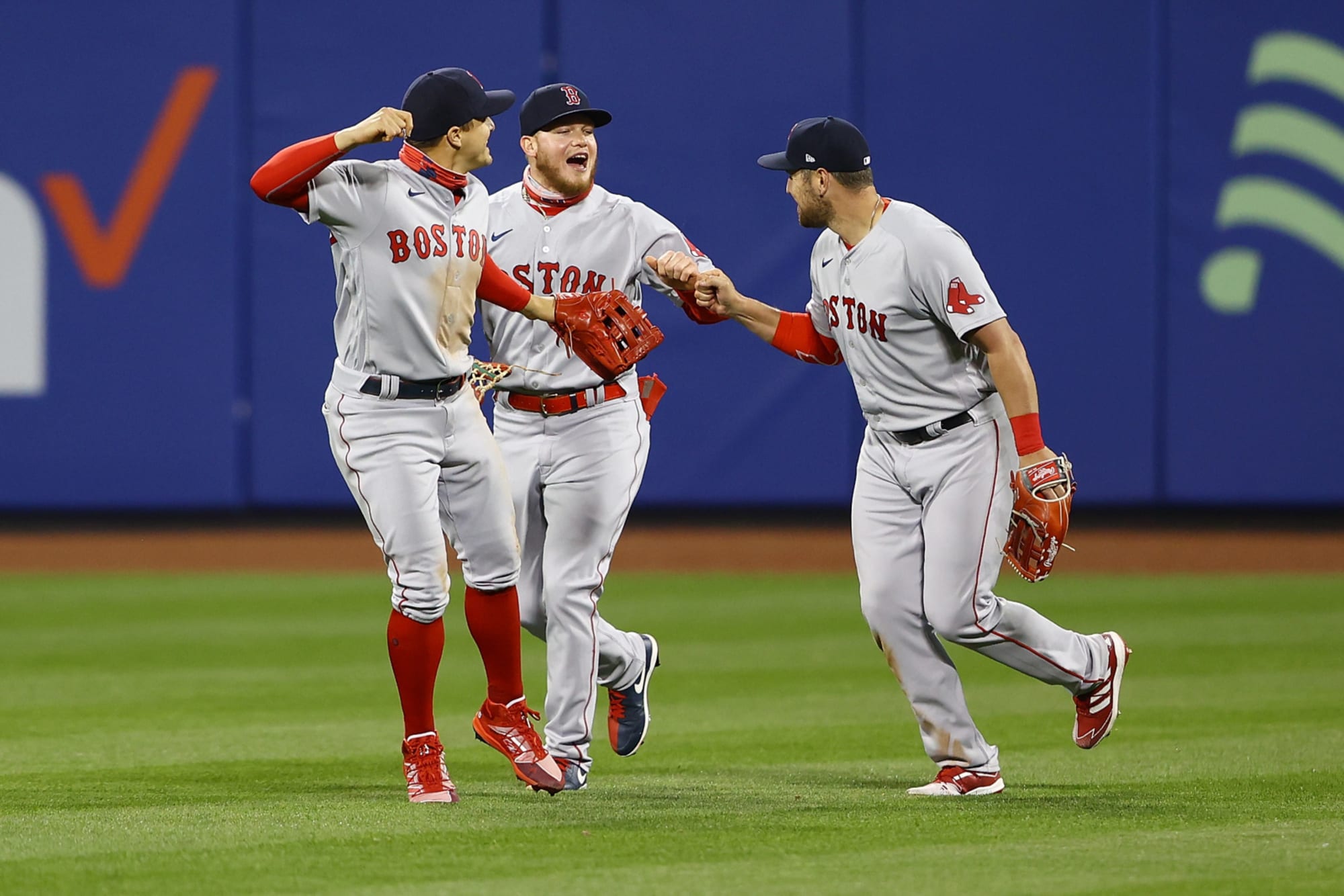 Barring an unlikely – but possible – meeting in the World Series, the Boston Red Sox and Atlanta Braves conclude their interleague series for the year on Wednesday night. Because it’s in a National League park, Boston loses the DH and is an underdog on the MLB odds.

The Red Sox are in the midst of playing a game on 17 consecutive days (ends Thursday), all vs. teams that made the 2020 playoffs. The Sox lead the majors with 23 come-from-behind wins this season. The largest lead they have relinquished in a loss is 2 runs, done only 4 times.

It’s right-hander Garrett Richards (4-4, 4.09) on the mound here. Richards pitched 5 1/3 innings and allowed four runs and 11 hits last Friday in a no-decision versus the Blue Jays.  The Blue Jays hit 12 balls at greater than 100 mph exit velocity off Richards, who allowed a season-high 13 baserunners in the contest.

The right-hander has not won a game since May 19, a four-start span in which he’s given up 29 hits and 12 walks over 22 innings. He’s allowed at least 10 hits and walks combined in four of his last five outings, putting a whole lot of high-stress innings on an arm that already had workload concerns as it was.

Richards has thrown 5.0+ innings in each of his last 8 starts, his longest streak since doing so in a career-high 27 consecutive outings from 6/11/15-4/25/16. He has faced the Braves only twice in his career, although one of those times came three weeks ago, when he allowed three runs over 5 2/3 innings in a loss.

Why Bet on Atlanta?

Braves general manager Alex Anthopoulos said this week that he expects top catcher Travis d’Arnaud back sometime in August. D’Arnaud had surgery in early May to repair a torn ligament in his left thumb. William Contreras will continue to operate as the Braves primary backstop with Kevan Smith as his backup.

It’s good-looking young right-hander Ian Anderson (4-3) on the mound. Anderson shut out the Phillies for seven innings in a no-decision last Thursday. Anderson kept pace with his counterpart Zack Wheeler by matching his longest start of the season and turning in his third scoreless effort. It’s the fourth time in 12 starts this year that Anderson has gone without allowing a run but he got no run support. The start lowered his ERA to 3.26 for the season, which he’s supplemented with a 69:26 K:BB across 66.1 frames.

The Red Sox did get a look at Anderson last year, scoring two runs over six innings in his second career start. Anderson will feature a fastball that sits in the mid-90s along with a changeup and a curveball.