NBA News and Rumors
This Saturday night, the Chicago Bulls head to Cleveland to take on the Cavaliers in one of the signature Eastern Conference rivalry games this season. The Bulls beat the Cavs in the season opener, and since both teams absorbed big home routs at the hands of the Golden State Warriors this week, you can imagine that they will both want to use this game to assert themselves in the conference. Let’s take a closer look at this matchup.

Why Should You Bet on Cleveland?

So what did the Cavaliers do after the Warriors came into town and destroyed them, 132-98? They headed to Brooklyn to take on the Nets. The Nets are in the lower tier of teams in the East, and the Cavaliers went up there and came away with a 91-78 win that showed that they are still the class of the conference, delivering a complete win.Kevin Love had been held to three points by Golden State. Against Brooklyn, he poured in 17 points and grabbed 18 boards. LeBron James added 17 points and five assists. Kyrie Irving scored nine points and dished out five assists. All three of them got to sit down for the whole fourth quarter, getting some needed rest as they had the Clippers waiting on them in Cleveland in a matchup to take place on Thursday night. That rest should serve them well against the Clippers — and again against the Bulls on Saturday night. 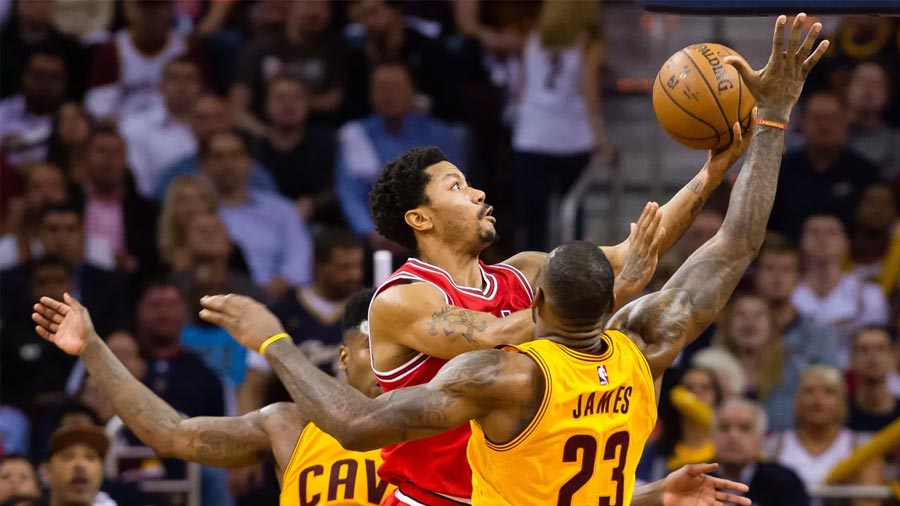 Why Should You Take the Bulls?

Cleveland has a grueling schedule this week: the beating from the Warriors followed by the quick trip to Brooklyn, the home game against the Clippers, which are a team that likes to push the pace, followed by the Saturday tilt against Chicago. The Bulls have a Friday night game in Boston before they head to Cleveland the next night, and before you put money down on Chicago, you’ll want to see how that Friday game goes in Boston. If the Bulls can put on a convincing show and beat a Celtics team that is up and coming in the East, then I think you would do well to like them against Cleveland. The dig that Kevin Love made about the “leader” of his team — gesturing toward LeBron while he was saying it — in the locker room after their rout by Golden State, was a sign that even a team at the top of the conference standings may be teetering under the weight of the egos of the stars that have them playing well.It’s important to remember that the Bulls are still a young team, at least as far as competition goes. Their best player (Jimmy Butler) is still finding his way in the Association, and their new coach (Fred Hoiberg) is still mastering the ways of motivating pro ballplayers.

At this writing (Thursday afternoon) I like the Cavaliers to come home and hold serve against the Bulls, 104-98. However, if the Clippers can knock off the Cavs in Cleveland and then the Bulls roll convincingly over Boston Friday night, I’d be more inclined to like the Bulls to win the game. As talented as LeBron James is, his leadership is still of the fragile variety particularly when adversity comes to call.
Older post
Newer post