NFL News and Rumors
Life in the NFL is never an easy one, not just for football betting enthusiasts who get a fair share of highs and lows every week, but for franchises, players and even coaches. The just-ended Week 8 of the season provided plenty of storylines to ride into the roller-coaster that is the NFL, and we take a succinct look at some of these stories, including their implications in the on-going NFL betting odds.

The Titans finally decided to call Ken Whisenhunt’s bluff about a big season in Tennessee, relieving him of his head coaching duties. To be fair to him, Whisenhunt was given a tough job, seeking to basically build the team from the ground up in a very short time. And after the Zach Mettenberger experiment ended last season with no progress, Marcus Mariota came in and brought a new lease of life. Unfortunately for the coach, the rookie QB suffered a knee injury three weeks ago, and in the last two weeks of his absence, the Titans were a no-show, getting outclassed, thanks to a lackluster show from last season’s starter and now backup Mettenberger.

Those excuses aside, Whisenhunt’s 3-20 record with the Titans after one-and-a-half years of running things at the helm (including a 1-6 mark this season) definitely leaves a lot to be desired, even if he’d have probably fared better if he was given more time.
As things stand now, the fired coach will probably have to seek a new job elsewhere in the NFL as an offensive coordinator or something like that, given that no team in the NFL will want to hire him as a head coach. Alternatively, he can go the Nick Saban and Jim Harbaugh way by finding a decent college football team to coach. Either way, we wish him all the best!
With Joe Philbin and Whisenhunt already gone this season, be on the lookout for Indy’s coach Chuck Pagano on the hot seat. Yes, the Colts’ 3-5 record is SURPRISNGLY tied for FIRST place in the NFC South, but given that he is in the worst division in the NFL this season and the Colts are playing their worst football in a long time (despite having a Lucky quarterback named Andrew), it wouldn’t be a surprise if Pagano is next to be shown the door.

The 49ers Have Sort-of Given Up on Kaepernick

San Francisco fans have had season-long complaints regarding starting quarterback Colin Kaepernick’s underperformance, with many of them vehemently calling for him to be benched. And just like that, their wish was granted after Kaep gave a no-show display in the weekend loss to the Rams, passing for just 162 yards on 20-for-41 passing and rushing for 28 yards and no touchdowns, his second successive TD-less game. That poor show condemned San Francisco to a 2-6 start, necessitating changes by Coach Jim Tomsula. 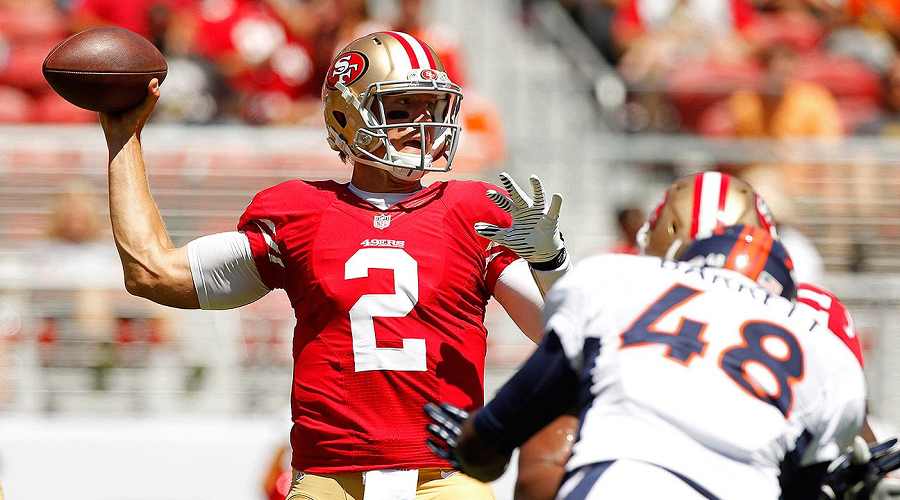 Given that Kaepernick is still the franchise quarterback for the team, at least for now, this will not be the last we will see of the signal-caller who turned 28 on Tuesday. But until further notice, Blaine Gabbert will get the starting role, commencing with this week’s home game against the Falcons on Sunday before the team’s bye week.
Considering Gabbert, a fifth-year veteran, completed 23 of 28 passes for 203 yards, one touchdown and zero interceptions in the preseason for a 82.1 completion percentage and a 108.8 passer rating; there’s definitely some hope about the value of the change. Plus, Gabbert went 3-of 7 for 38 yards and one touchdown on mop-up duty against the Broncos last season in his only action as Kaep’s understudy, which—at the moment—looks a whole lot of good than what their franchise quarterback has been offering.

Randle’s 15 Seconds of Fame Are Over

You remember that guy who, in the preseason, made a big meal of DeMarco Murray’s trade to Philadelphia? I mean that guy who said that “He (Murray) had a good year last year and I got to sit back and watch a lot” and added that he was a capable fill-up for Murray with “a lot of meat left on the bone.” Well, that guy (read that Joseph Randle) got his chance to start for the Cowboys, but never got to do much about that bone, with the Cowboys choosing to show him the door on Tuesday after Dallas owner Jerry Jones had glimpsed of a brewing storm on Sunday. The Cowboys, as a team, have been struggling real bad in the absence of Tony Romo and Dez Bryant, who just made his return on Sunday after sitting out of the team with an injury for over a month. It would therefore be unfair to point out to the running back as one of the team’s chiefly problems, but with his big mouth, you’d have to agree that Randle makes up for a good choice to eat up the scapegoat blame, right?

Oh, and just for the record, don’t expect the Cowboys to improve much in the NFL odds with the exit of Randle. The problems in this Dallas team—outside its injuries—run deep and need more digging to be uprooted.

Costly Injuries Continue to Pile Up…

With the Cowboys and Titans providing solid examples of teams that have largely struggled this season due to injuries, we could be in for a bigger list of teams blaming their poor seasons on the player injuries sustained in Week 9. Just to mention a few of the key players who suffered injuries over the weekend, we have Le’Veon Bell, Reggie Bush, Ricardo Lockette, Steve Smith, Khiry Robinson, Matt Forte, Orleans Darkwa, Ladarius Green, Larry Donnell, Mike Evans and Keenan Allen, summing a really bad week for many fantasy NFL betting enthusiasts. At this rate, you should careful select your fantasy bettors carefully, preferably going for those players that are not injury-prone. 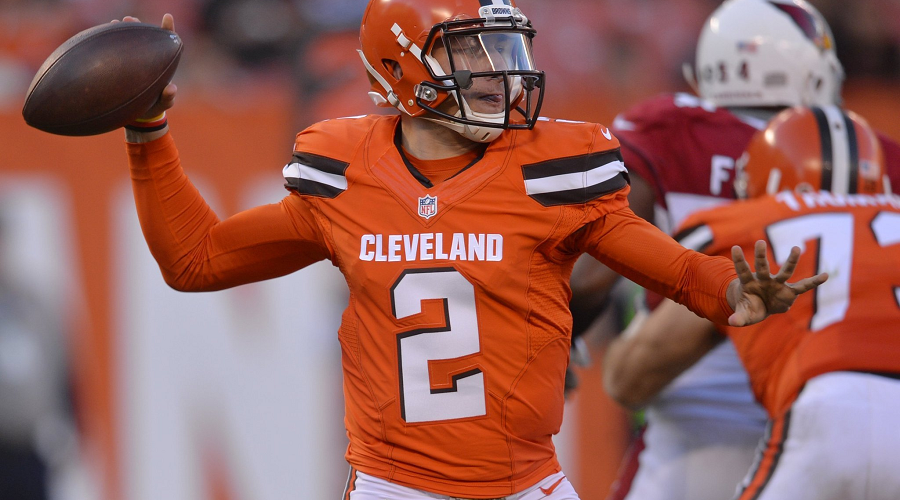 Still on the injury note, Josh McCown is nursing a rib injury and didn’t practice on Tuesday, meaning Johnny Manziel is likely to start Thursday’s game against the Bengals, the team he made his first career start against last year, and a bad one at that, ending in a 30-0 defeat, as he completed 10-of-18 passes for just 80 yards with two picks. Will Manziel redeem himself or is he in for another baptism of fire against the red-hot and unbeaten Bengals? Be sure to check out our NFL section for what our game preview experts have to say about that.
Older post
Newer post