NFL News and Rumors
Philip Rivers and the San Diego Chargers will look to get back in the win column when they host Jay Cutler and a mediocre Chicago Bears team that is also looking to snap out of the funk they’ve been in recently.Now, let’s find out which team is going to bring home the bacon for online betting fans in this Week 9 pairing.

The Bears have lost two straight and were on the wrong end of a narrow 23-20 loss against NFC North division rival Minnesota in Week 8 while failing to cover the spread as a 1.5-point home underdog.Cutler completed 22 of 33 passes for 211 yards with one touchdown and no picks, but the Bears couldn’t stop Minnesota’s Teddy Bridgewater and Adrian Peterson when it mattered most as they gout outscored 13-7 in the final quarter.Making matters worse is the fact that Chicago won’t have starting running back Matt Forte for this contest after the star running back hurt his right knee against the Vikings.Forte was the league’s leading rusher through the first six weeks (507 yards) and has racked up 767 all-purpose this season. Rookie Jeremy Langford will get the call in place of Forte.“It’s not too big for him. He’s very willing; his mindset is to learn,” Fox told the team’s official website. “I think Stan Drayton, his position coach, has done a tremendous job with him. A lot of it is he’s very receptive. I call it football character. He picks things up very well for a young player.”The Bears are ranked 26th in scoring (20.0 ppg) and 29th in points allowed (28.9 ppg).

San Diego has lost four straight games including their narrow 29-26 Week 8 loss against Baltimore although they covered the spread as 4.5-point road underdogs. Philip Rivers completed 28 of 37 passes for 301 yards with three touchdowns and no interceptions and wide receiver Malcolm Floyd caught four passes for 92 yards and two scores.Unfortunately, the Bolts won’t have No. 1 wideout Keenan Allen after their leading receiver suffered a lacerated kidney against the Ravens. Allen had an insane 67 catches through eight games to tie the league record for third-most in NFL history.“It’s not going to be like, ‘Hey, who’s going to be the next guy who’s going to catch 70 the next eight games?’ I don’t know that that’ll happen. It could, but I think it will be more by committee effort,” Rivers said.San Diego has lost each of their last four games by eight points or less, but they haven’t lost five straight since losing six in a row in 2011.“We’ve had a couple tough breaks that could have gone either way,” Rivers said. “I think you’ve got to just keep believing and keep plugging along. As quickly as we’ve lost four in a row, we could win four in a row.”The Chargers are ranked 14th in scoring (23.9 ppg) and 27th in points allowed (28.4 ppg). 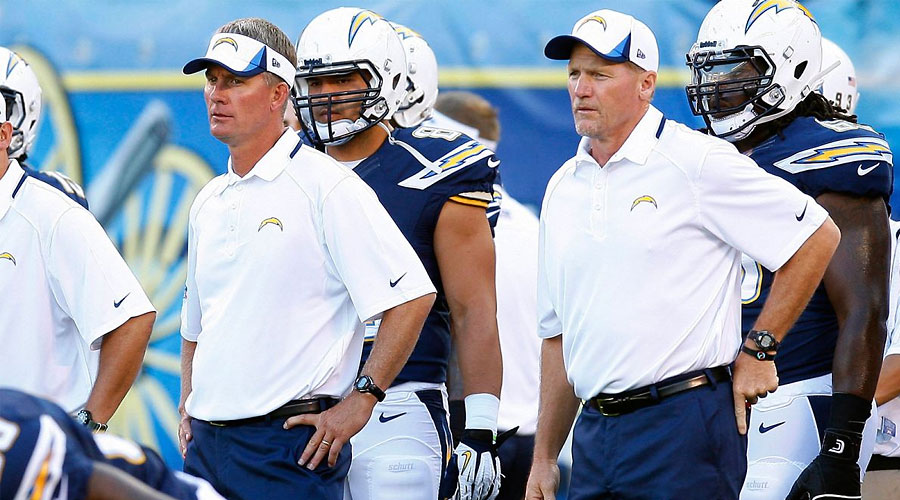