NFL News and Rumors
Sam Bradford and the Philadelphia Eagles have underachieved since the start of the season, but they’ve got plenty of motivation to beat the Matt Cassel and the reeling Dallas Cowboys when the longtime NFC East division rivals square off in their Week 9 pairing on Sunday at AT&T Stadium.Now, let’s find out which one of these teams will ring home the bacon and keep their postseason hopes alive!

The Cowboys have lost five straight games, including their heartbreaking 13-12 loss to Seattle, although the Boys did cover the spread as a 4.5-point home underdog.Veteran signal-caller Matt Cassel was limited to just 13 of 25 passing for 97 yards with no touchdowns or interceptions and the Cowboys went 0-for-3 in the red zone in the loss. Cassel will make his third straight start after taking over for former No. 2 backup Brandon Weeden.“We’re 2-5, we’ve got to live with that,” receiver Dez Bryant said after catching just two passes for 12 yards against the Seahawks. “But I’m going to continue to keep saying it’s not over.”The Cowboys will feature veteran running back Darren McFadden more after parting ways with former starter Joseph Randle this week. No matter who’s under center, the Cowboys know they need better offensive production after totaling just 230 yards f offense against the Seahawks.“That’s fair. That’s fair to say,” Bryant said. “That’s including myself. We have to get better. We have to get better. That’s the only way we can win. The Cowboys are ranked 29th in scoring (19.0 ppg) and 17th in points allowed (24.4 ppg). 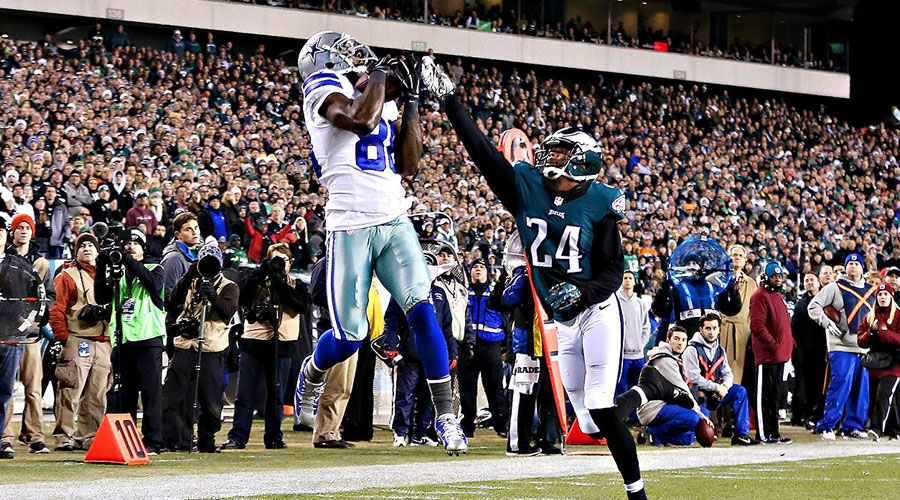 The Eagles had a bye in Week 8 after suffering a humbling 27-16 loss against unbeaten Carolina in Week 7 while failing to cover the spread as a 3-point road underdog just as I predicted.Ironically enough, the Eagles gained ground on the Cowboys and division-leading Giants even though they never took the field last weekend.“We just want to win,” cornerback Byron Maxwell told the team’s official website. “It’s about time we get this rolling and get it going in the right direction. We need a winning streak. This is the first one. We have to start here. They’re just in the way.”Sam Bradford completed 26 of 46 passes for 205 yards but failed to throw a touchdown while tossing one pick against the Panthers. While the Birds picked off Cam Newton three times in the loss, they couldn’t stop the former Auburn star when it mattered most while getting shut out in the fourth quarter.Still, the Eagles have plenty of motivation after losing to the Cowboys at home 20-10 in Week 2. The good news is that Philadelphia is averaging 146.2 rushing yards over the last five games after averaging a pitiful 35.0 rushing yards over their first two games.Former San Diego Chargers starting running back Ryan Mathews, along with DeMarco Murray and Darren Sproles are all contributing to the improved rushing attack.“It takes a village,” offensive coordinator Pat Shurmur said. “You’ve got to play all the running backs when you’re running the ball like we want to.”The Eagles have 18 drops on 188 ‘catchable’ passes and rank ninth in third down conversions (31.9 percent).“We have a lot to work on and we’re all confident we’re going to find the answers,” tight end Zach Ertz said. “We have a chance to get things right against a great defense. We’re all up for the challenge.”The Eagles are ranked 17th in scoring (22.9 ppg) and 11th in points allowed (19.6 ppg).