Soccer Betting News
Over the past one week, the world of soccer odds have been dominated by the qualifying games for the 2016 UEFA European Championship, commonly known as Euro 2016, scheduled to be held in France from 10 June to 10 July 2016. But in order for us to have a full list of the participants, the last games in the 2016 Euro pools and the playoffs must be played. Entering Monday, October 12, here is an update of the road to the France-based Tournament.

‘What a time to be alive!’ – Ecstatic reactions to Northern Ireland’s Euro 2016 qualification http://t.co/Xd7mxKSh9C pic.twitter.com/bEdKuT61mQ

Teams that Have Qualified 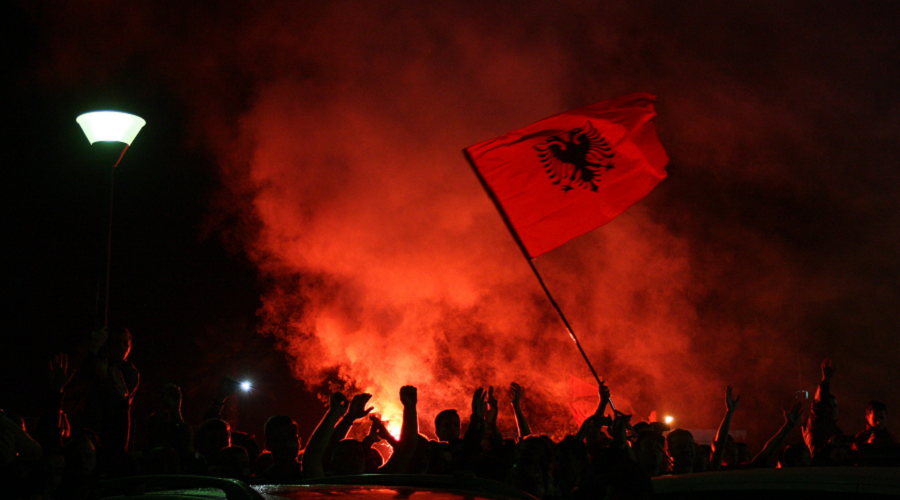 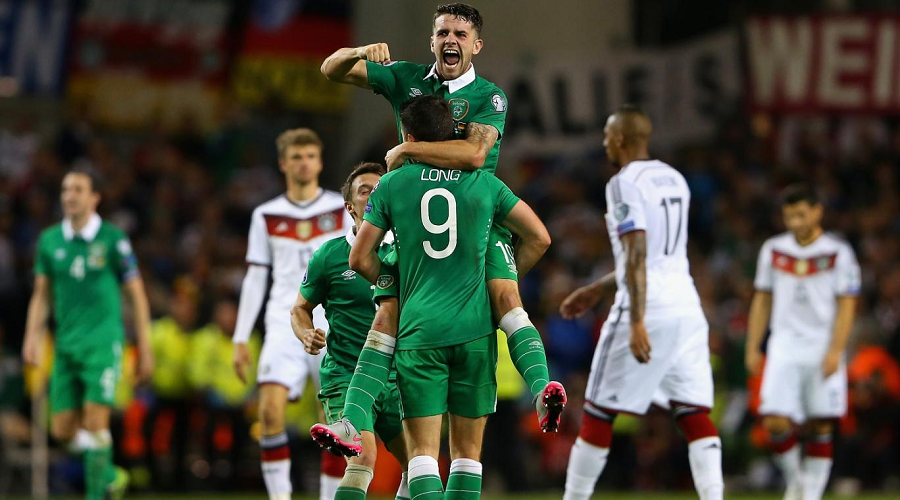 These three teams don’t have direct qualifications, but can earn their way through the playoffs—Denmark, Hungary, Republic of Ireland.
Best Third place
This slot is being contested by four nations. Groups that had six teams will have the results of the team at the bottom of the table discounted. This is because Group I only has five teams. If a change occurs to the team at the bottom, this can affect everything at this level. 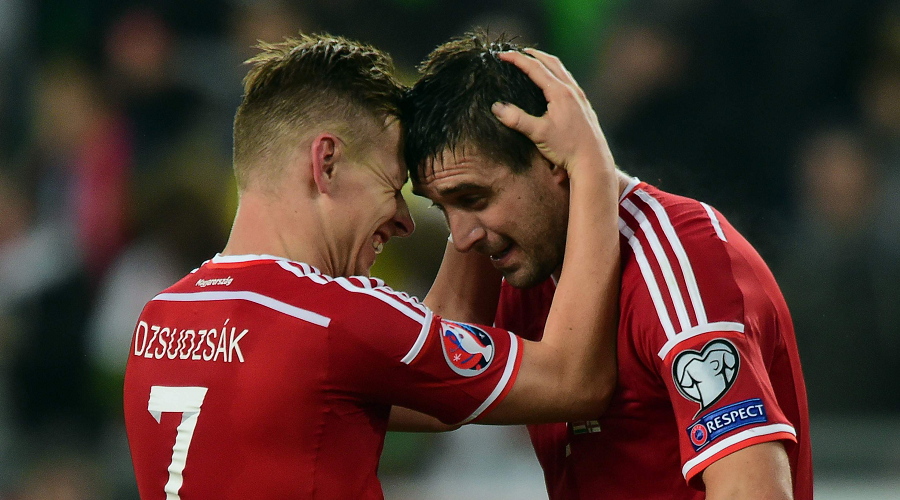 With 15 points and a goal difference of +3, Hungary stand as the best ranked third place team as at now. 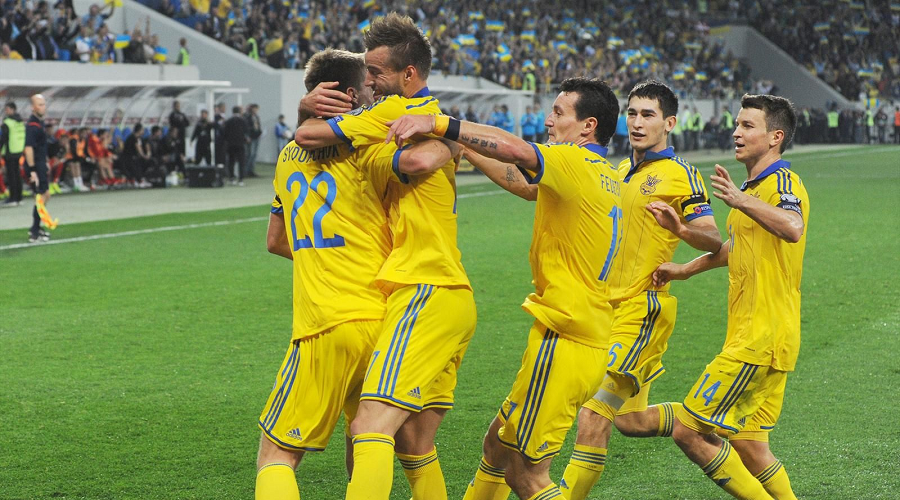 Ukraine poses the best competition to Hungary for best third place. If they win their home game against Spain, they could finish second in their group and qualify automatically. If they finish third, they’ll probably finish with 16 points hence beating Hungary by a point. 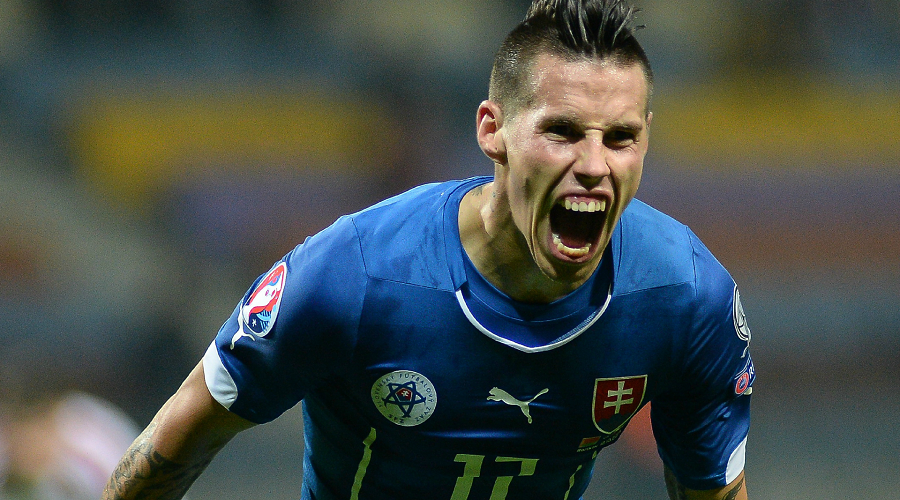 Slovakia is also contending for this position, although that depends on how they play and how other results play out in their favor. A draw against Luxembourg, a win for Ukraine against Spain and a win for Macedonia over Belarus will put Slovakia in third place with 16 points beating Hungary. If Macedonia finishes bottom in the group, Slovakia will have 14 points, so they have to pray that all goes well. 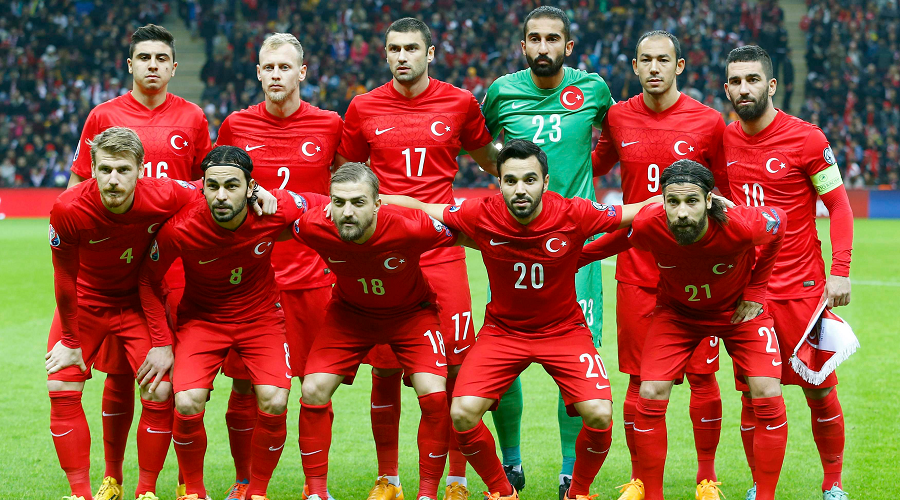 Finally Turkey can also qualify as the best third place team, but must first beat Iceland as they hope Kazakhstan beat Latvia to switch places at the bottom. This will put Turkey at 16, points meaning Turkey and Ukraine/Slovakia will contend for this by goal difference.
Seeding for Final draw
Presently, the following is clear about Finals Draw Seeding:
• Pot1 will have France, Spain, Germany, England and Portugal
• Pot 3 only has Romania as at now
• Pot 4 Has Wales, Northern Ireland and Albania.
The rules are that the top two teams qualify automatically. The other eight teams occupying third places will battle it out in the playoffs for four places. Outside the above updates, here is everything else you need to know about the Euro 2016 qualifiers on a group-by-group basis:
Group A 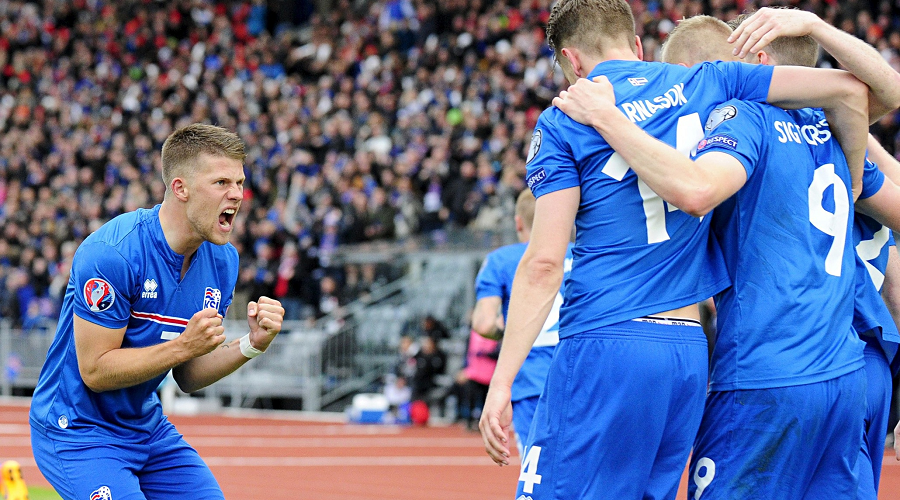 Iceland and Czech Republic have already qualified. The battle now is between Turkey and Netherlands. After Turkey’s impressive win over Czech Republic, they have one foot into third place, though nothing is cast on stone. A draw against Iceland will ensure they qualify at the expense of Netherlands, who must beat Czech Republic and hope Turkey loses. Turkey could also finish as the best third place team.
Group B 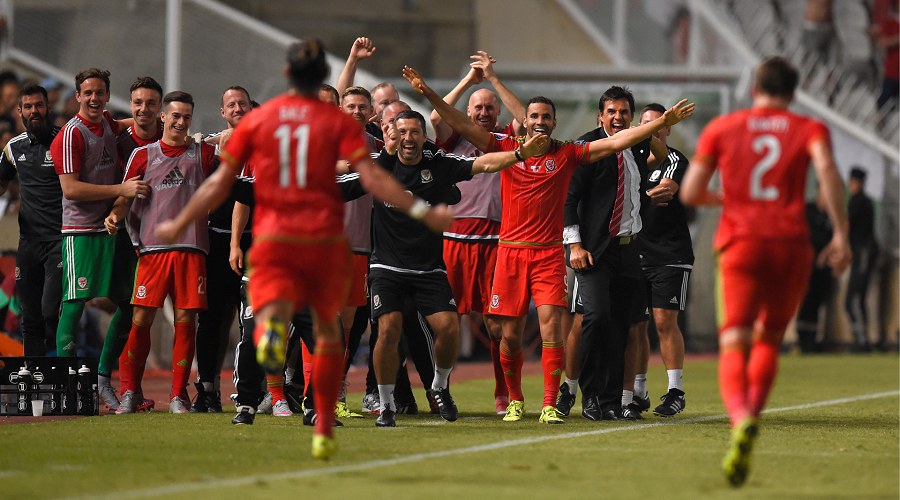 Belgium and Wales are through, but the playoff position battle will go down to the last minute. Bosnia-Herzegovina has to beat Cyprus for the away encounter to stay alive. Israel can make qualify if they beat Belgium by a better margin than Bosnia’s result over Cyprus. For Cyprus, they must beat Bosnia and hope Israel does not beat Belgium.
Group C 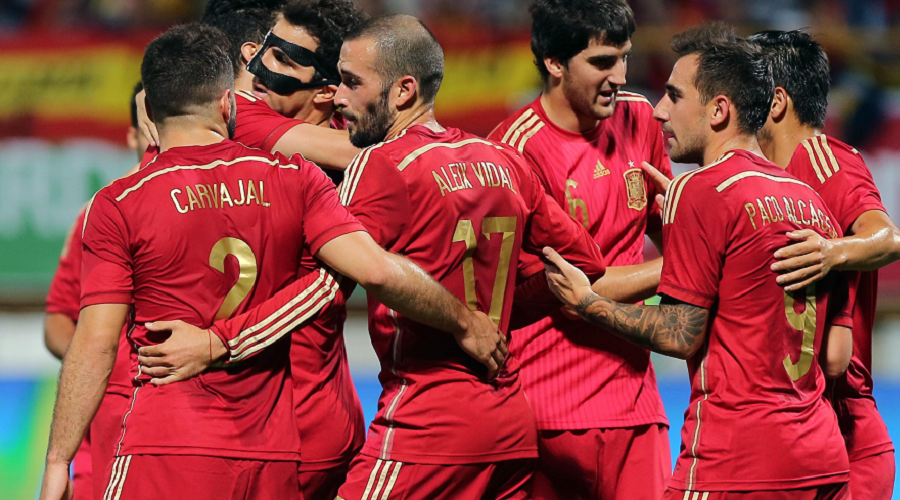 Only Spain has qualified after beating Luxembourg, but the other two spots are to be battled out between Slovakia and Ukraine. Slovakia are advantaged with a better head-to-head mark against Ukraine and will only need to get a result similar to that of Ukraine. They will be playing away to Luxembourg, and if they win this game, they will qualify automatically. Ukraine must beat Spain at home and hope that Slovakia does not win. If Slovakia and Ukraine both win, Ukraine can still qualify automatically as the best third placed team.
Group E 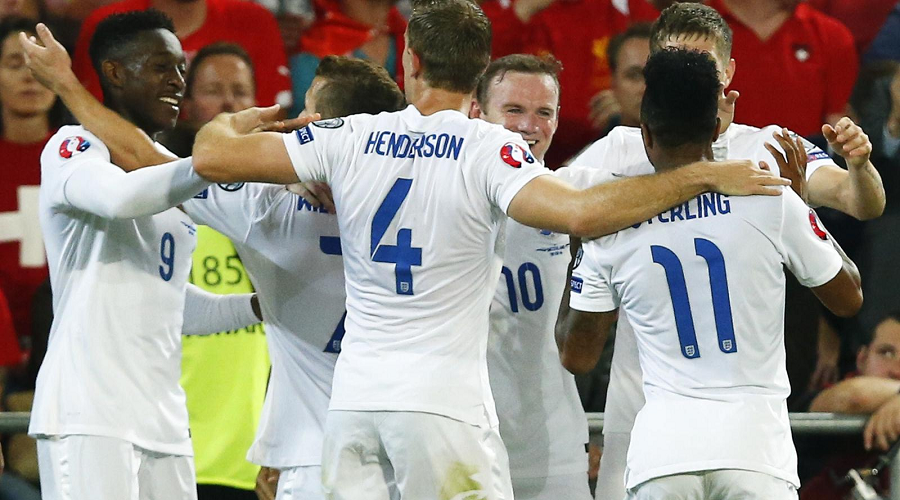 England and Switzerland are through, so we only have the third-place team is to be decided on the final day. Slovenia is almost there as it holds a better goal difference against Estonia. Estonia must beat Switzerland by at least four goals and hope San Marino also Beat Slovenia by at least the same margin to ensure they progress on goal difference, which underlines their remote chance for qualification.
Group F 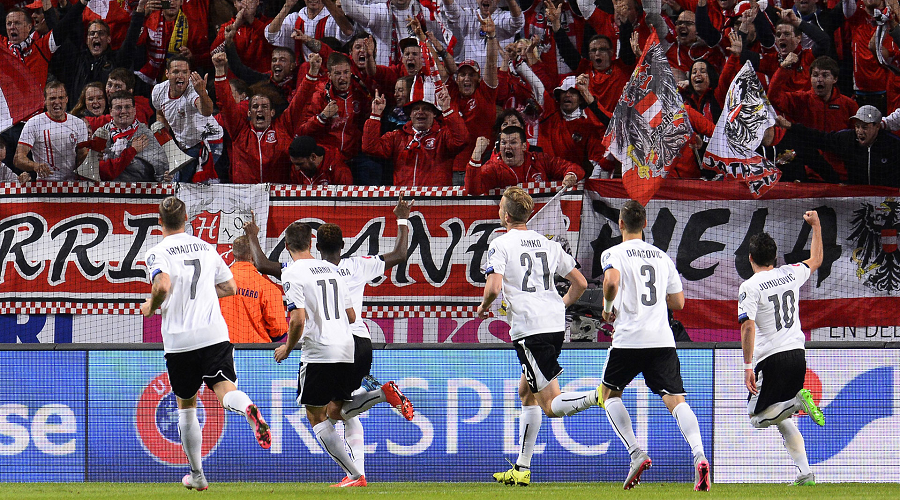 Austria have been impressive and made it look easy as they qualified last month. After Friday’s game, it is up to Russia and Sweden to battle it out for second place. Russia enters Monday’s game with a two point lead over Sweden and a better head-to-head record. This means Russia needs just a point against Montenegro. Sweden must beat Montenegro at home and hope Russia loses its game.
Group H 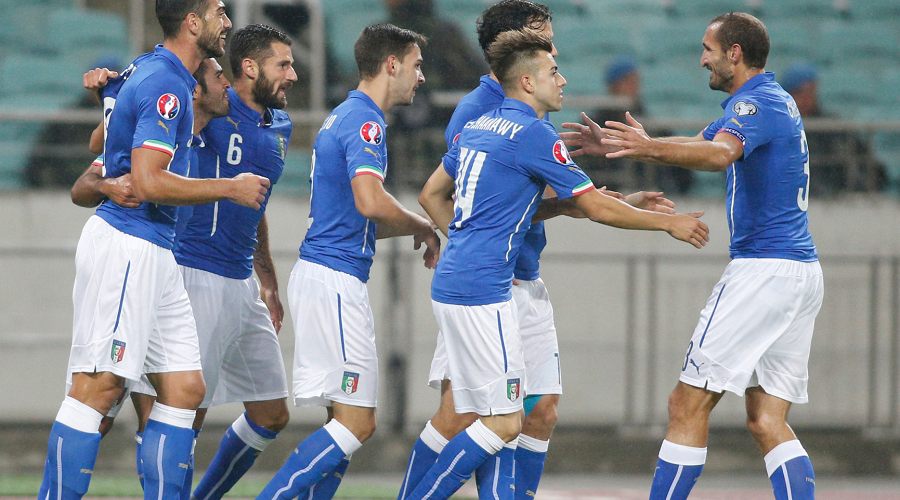 Italy qualified after beating Azerbaijan 3-1, but three teams have to fight it out for the second place. After beating Malta, Norway head to Italy with a two-point lead over Croatia. Croatia, who will be playing Malta on the final day of the qualifiers, has a better head-to-head record than Norway, so Norwegians must win in Rome. If Croatia wins in Malta and Norway are beaten in Rome, the Croats will qualify automatically dragging Norway into the playoffs.
Final Remarks
The last games set to be played on Monday, Tuesday and Wednesday hold a lot of weight on who joins the likes of England, Spain, Italy and Germany in the Euro 2016 tournament. The battle for third place will therefore go down the wire, making the remaining qualifiers worth monitoring in the soccer odds. Check out this page for other updates on the France 2016 Euro Tournament, courtesy of UEFA.com
Older post
Newer post