Soccer Betting News
When Barcelona destroyed Real Madrid last Saturday, 4-0, Real Madrid manager Rafa Benitez dealt with a firestorm of criticism from the media as well as soccer odds fans. Last Tuesday, he came out firing, indicating that he had no plan to alter the way that he manages his team. He also indicated that there is no discord between himself and his star player, Cristiano Ronaldo. According to ESPN FC’s Dermot Corrigan, Rafa had this to say about Ronaldo:

Rafa: “[Cristiano] is a magnificent player, fundamental for us. I have no problem with him.”

There has been a lot of speculation that Ronaldo and Benitez have not seen eye to eye, particularly with the poor play that Los Blancos have put on the pitch. There have been reports from the Spanish publication AS indicating that Ronaldo had gone to Real Madrid’s board with an ultimatum calling for Benitez to be given his walking papers. Benitez is much more cautious in his tactics than Ronaldo would like him to be, particularly in the biggest games. In 16 appearances in UEFA Champions League and La Liga action, Ronaldo has scored 13 goals. When Benitez has put him through the middle, though, Ronaldo has not looked comfortable. Even so, Benitez has said that his tactics will remain the same:

Rafa: “I’m not going to change coz of criticism. I’m a constant person. Doesnt matter what I do, someone will interpret it way they want.” — Dermot Corrigan (@dermotmcorrigan) November 24, 2015

It’s true that coaches don’t last long if they keep changing their basic principles. However, the issue for Benitez is that his principles aren’t helping matters. He is willing to dismiss the recent losses that Real has faced as a short-term problem rather than indications of a deeper problem growing. 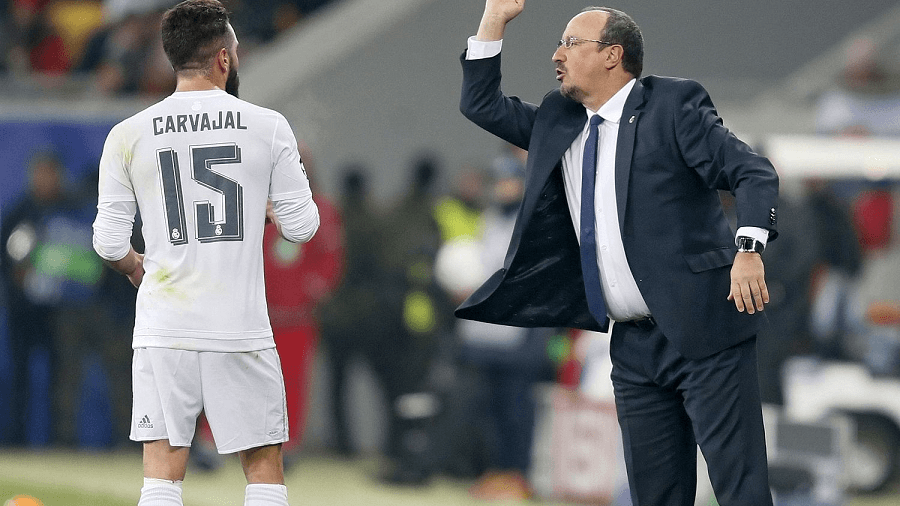 However, if the team does not turn things around, it won’t matter what tactical principles he employs, because he won’t have a job. The team president has endorsed Benitez, still blaming the team’s current problems on Carlo Ancelotti, the manager before Benitez:

Perez stated support for Benitez, as expected. Notable that THREE times he said team’s problems date back to January. So it’s Carlo’s fault.

Ancelotti was a more appropriate coach for this crew, as he had the buy-in from the most important players and taught a more aggressive game that hearkens back to Real Madrid’s traditions. Now that the coach is more cautious, many of the key players seem to be turning him out. If things don’t turn around soon, Benitez will follow Ancelotti out the door.
Older post
Newer post