The Rant
Back in the early 2000s, the Oakland A’s and their MLB betting fans made it to the playoffs four seasons in a row. Perhaps the biggest reason for this success was the Big Three: the starting pitchers Barry Zito, Mark Mulder and Tim Hudson. All three were back in the Bay Area this past weekend for the Bay Bridge Series. Hudson made what will likely be his second-to-last career start for the Giants, and Zito made his first start in an A’s uniform since 2006. Mulder, an analyst for ESPN, took part in the first-pitch ceremony too.

Today, Hudson is 40, Mulder is 38 and Zito is 37. They are all likely done pitching in the major leagues. However, their legacy is secure. 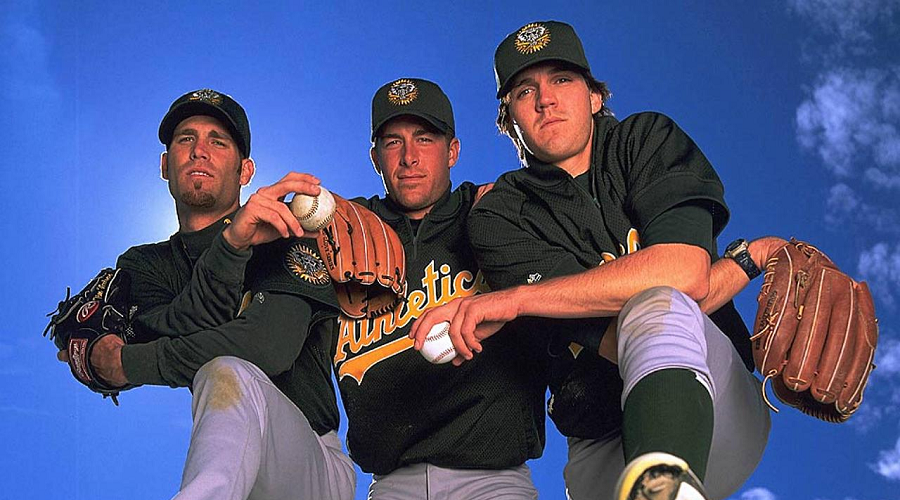 As Susan Slusser details in her recent book “100 Things A’s Fans Should Know and Do Before They Die,” the Big Three were the dominant force on the team between 2000 and 2003. This team was the focus of the 2002 book “Moneyball,” and that was the year Zito won the Cy Young Award and the three pitchers combined to win 57 games all by themselves. While GM Billy Beane got a lot of notice for his use of cybermetrics and economic spending in the book, without the pitching performances of those three, there would not have been any book to write. 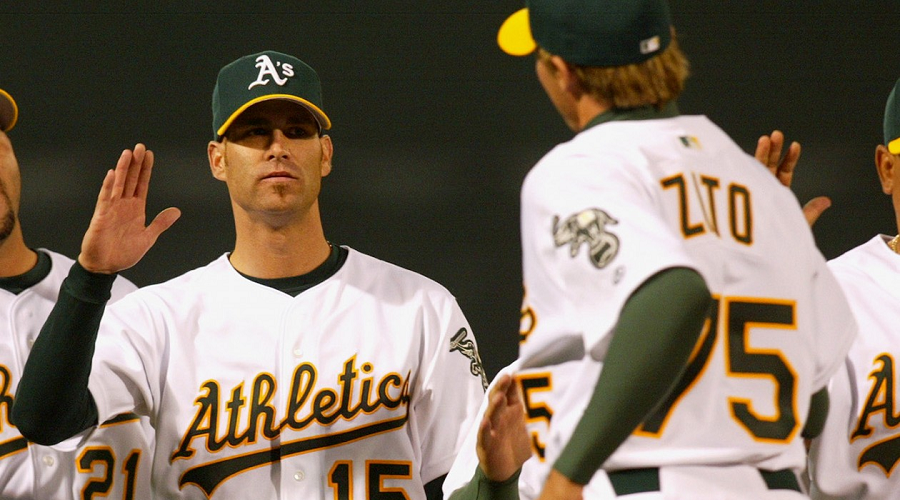 As former A’s outfield Eric Byrnes told the San Francisco Chronicle, “Zito, Mulder and Hudson, when they were at the top of their game and pushing each other every single night, it was fun to watch the competition. I don’t think any of them would admit it, but I think they wanted to upstage each other.” 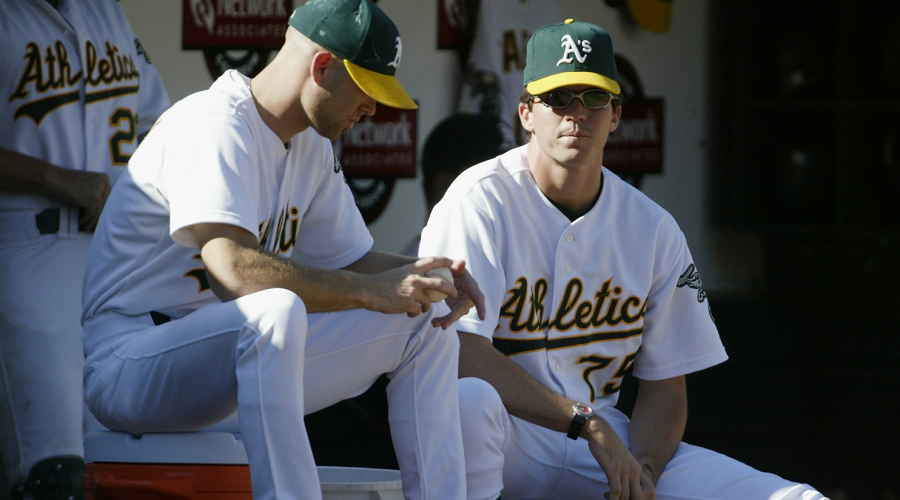 Of course, Beane does point out that the pitchers all fit the Moneyball paradigm as collegians with low risk. Zito didn’t have a plus fastball, and Hudson fell to the sixth round because he was so short. While they were A’s, though, the three went 275-144 as a group and went to a total of seven All-Star games. As Hudson told the San Francisco Chronicle, “That was obviously a unique situation. I think a lot of GMs in baseball would give their right arm for that. My time in Oakland, pretty much any time of us was mentioned, we were all grouped together. That was kind of our identity, which was great.” 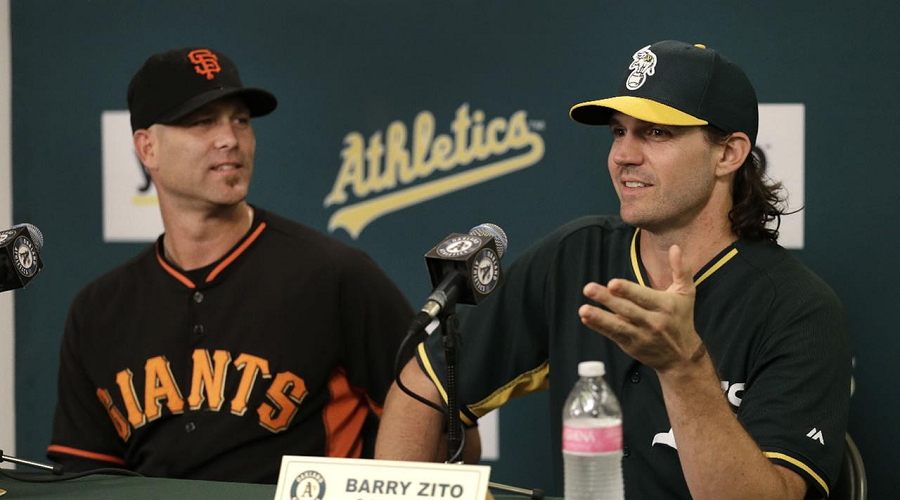 A lot of observers compared Zito, Mulder and Hudson to Atlanta’s Big Three of John Smoltz, Greg Maddux and Tom Glavine, although only Glavine came up in the Braves’ system unlike these three. Zito, Mulder and Hudson all came up within a year of one another, and each has his own unique identity. Zito had a unique personality for dressing oddly and bringing scented candles and pink pillows when traveling; Mulder was known for his confidence and athleticism and was called the “golden boy”; Hudson was known for his fearless personality despite his lack of size.
Even a decade later, the Big Three still resonate in the Bay Area – as they showed this past weekend.
Older post
Newer post