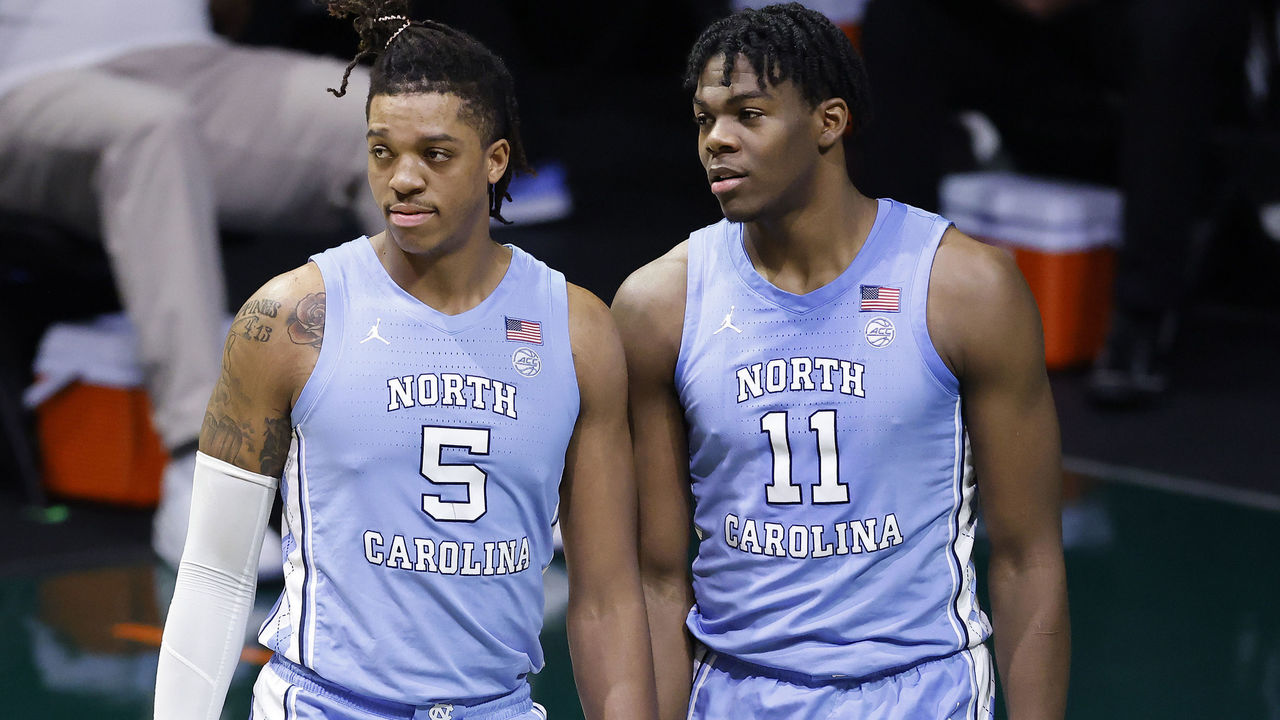 No. 11 Florida State can win the ACC regular-season title but definitely is on upset alert at unranked North Carolina on Saturday. The Tar Heels might even be slight favorites on the NCAAB odds here – it could depend on the status of FSU guard MJ Walker. The Heels are +11000 long shots to win the NCAA Tournament, while FSU is +2000.

On Jan. 16 in Tallahassee, the Noles beat North Carolina 82-75. M.J. Walker scored 20 points and Raiquan Gray added a career-high 19 points. Walker, who made 4 of 5 shots from the arc, missed three minutes of the second half after turning an ankle but returned to hit his final 3-pointer with 11 1/2 minutes left to give the Seminoles a 10-point lead. The Tar Heels were within a point with just over two minutes remaining but missed their next three shots and had a turnover. FSU Was were without third-leading scorer Scottie Barnes.

Will FSU have star guard MJ Walker for this game? He is listed as questionable after missing Wednesday’s 88-71 win at Miami due to an ankle injury. The bench stepped up in his absence in accounting for 57 of the Seminoles’ 88 points on the night. Junior college transfer Sardaar Calhoun finished with a career-high 16 points on 7 of 9 shooting.

Florida State (14-3, 10-2 ACC) jumped out to a 27-8 lead in the first nine-and-a-half minutes. The Hurricanes answered with a 9-1 run, sparked by seven straight points from Isaiah Wong, to pull within 11, but could not chip away any further.

Balsa Koprivica scored 13 points while RaiQuan Gray and Anthony Polite scored 12 each as the Seminoles rolled to their 10th ACC victory of the season.  The Seminoles have reached the 10-win mark in ACC play for the third consecutive season.

Koprivica is averaging a career-high 10.1 points per game and has scored at least six points in each of Florida State’s 16 games this season. Gray earned his third career double double with 12 points and a career-high 13 rebounds. His 12 points marks the ninth straight game he has scored in double figures. He finished the game just four assists shy of a triple double.

On Saturday, the Seminoles are looking to win at North Carolina for the first time since 2001.

The Heels (14-8) are in the NCAA Tournament as things stand but they are trending toward the bubble after an 83-70 home upset non-conference loss to Marquette on Wednesday. North Carolina scored first but did not lead the rest of the way as Marquette answered with a 14-2 run. Dawson Garcia had 16 points in the first half and Greg Elliott added 13 as the Golden Eagles led 45-29.  That was the largest halftime deficit of the season for the Heels (previous 12 vs. Texas, at Iowa and at Clemson, all losses).

Marquette shot 51.8 percent from the floor. The Golden Eagles are the third team to shoot 50 percent against UNC this season (Georgia Tech and Duke). It was just North Carolina’s 18th nonconference defeat in the 35-year history of the Dean E. Smith Center. The 83 points were the most allowed by UNC at home this season (previous 76 by NC State).

The game was only scheduled four days prior because UNC kept losing ACC games to postponement. It was UNC’s latest non-ACC regular-season game since the Tar Heels defeated Louisville in Charlotte on 2/27/1977.

Garrison Brooks led North Carolina with 18 points. R.J. Davis added 11 points, Walker Kessler scored 10, and Day’Ron Sharpe had nine points and 11 boards. Caleb Love did not make a field goal for the first time this season (made one free throw) but had seven assists, which tied the second most he’s had this season.