Villanova overtook Marquette to win the Big East Regular Season title. The defending NCAA Champions must now prove that they can add a Big East Tournament Championship to their regular season title. Will Marquette get back on track to upset Villanova’s coronation? Check out the latest odds to win the 2019 Big East Conference Championship, along with our predictions, picks & bracket for the tournament.

Which of the favorites in the Big East deserves backing to win the conference tournament?

The Villanova Wildcats only offer +10 less odds than Marquette. That makes sense when you think about it because up until the past couple of weeks, the Marquette Golden Eagles had been playing better than any team in the Big East. In fact, Marquette had climbed all the way to #9 in the AP Poll. The Golden Eagles had a shot to grab a 1-seed in the NCAA Tournament.

The Golden Eagles are shell-shocked, making Villanova an easy play among the favorites to win the Big East Tournament. Nova closed out their regular season going 2-1, losing to Seton Hall 75-79 on the road in their final battle.

But of the two favorites, Villanova’s the team to play over Marquette because the Golden Eagles are struggling.

Of the less than +2000 choices, which team has the best shot of upsetting the favorites?

The Big East lacks that one team, like Villanova last season, who can hang with Virginia, North Carolina, Duke, Kentucky, and Gonzaga in the NCAA Tournament. That doesn’t mean there’s no quality in the conference.

In fact, the Big East Tournament is wide-open, which means Xavier, St. John’s, and Georgetown have just as much of a shot to win the conference tournament as Creighton and Seton Hall. Of those teams, St. John’s deserves the longest look.

The Big East Tournament takes place at Madison Square Garden. That’s in the Red Storm’s backyard. Not only that, even though they ended the regular season on a 3-game losing streak, they did beat Seton Hall, Villanova, and Marquette this season.

A few adjustments, and St. John’s could be right there this weekend, playing for a Big East Tournament title.

Does Providence, DePaul, or Butler have any chance of winning the 2019 Big East Conference Championship?

Providence is 17-14, Butler is 16-15, and DePaul is 15-14. Of the 3, Providence heads into the conference tournament in the best form, having won 3 of their last 5 games. They beat St. John’s and Butler twice while losing to Marquette and Creighton. The loss to Creighton happened in overtime.

If you wish to back a major underdog, Providence is the team to back. Alpha Diallo is a serious player. The 6’7” guard averages 16.1 points, 8.2 boards, and 3.1 assists. Diallo could take the Friars far this week. 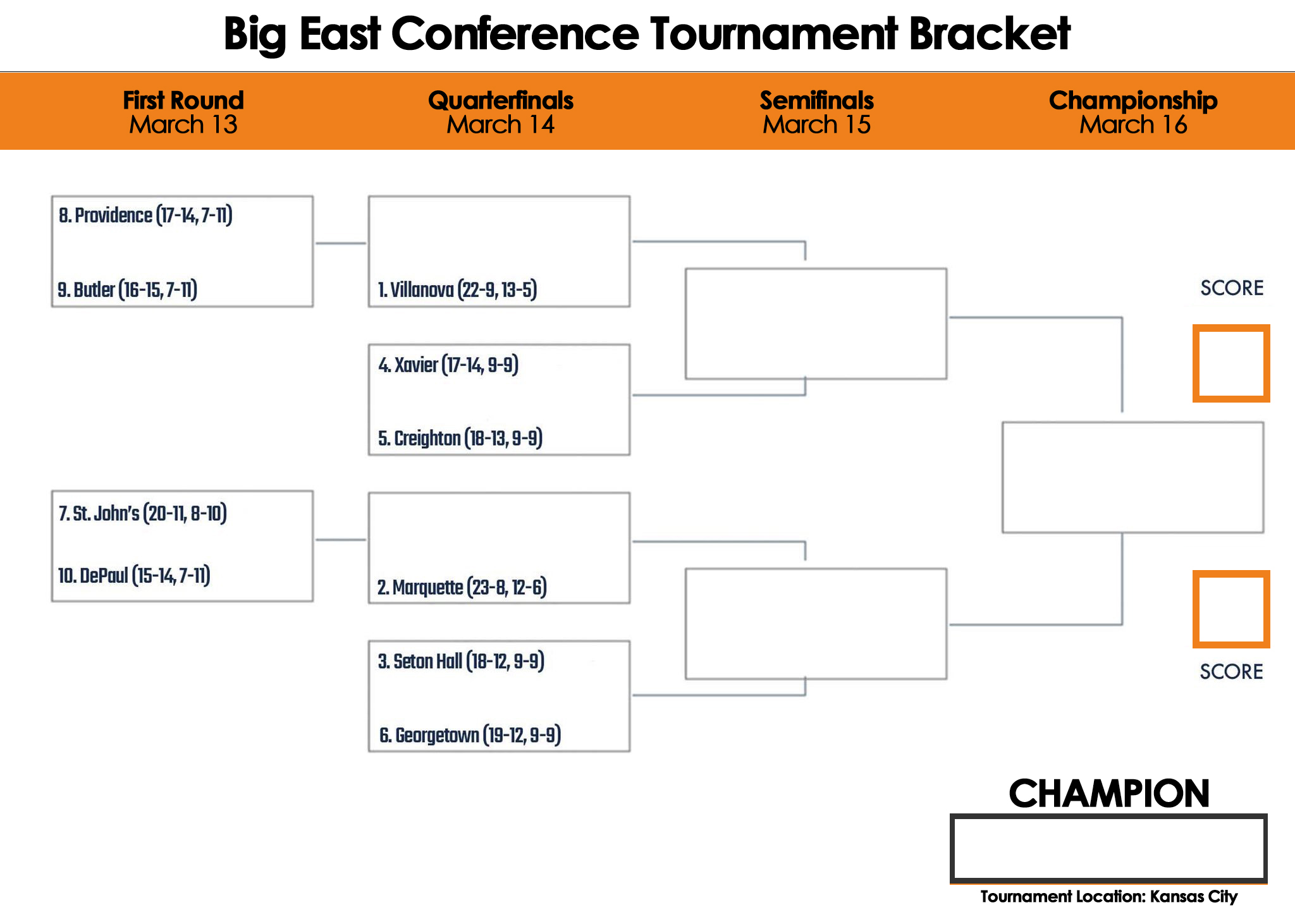