NFL News and Rumors
Both the Denver Broncos (12-4, No. 1 seed in AFC) and the New England Patriots (12-4, No. 2 seed in the AFC) had tumultuous seasons in the 2015-16 NFL betting lines, mainly due to injury concerns, but in the end, it didn’t matter much, as they both finished with the best win records in their conference, along with divisional titles from their respective divisions. In essence, that’s the reason the Broncos and Patriots (even with their few weaknesses and still-lingering injury concerns) are considered as the top two teams in the AFC playoffs, with many sportsbooks (including yours truly MyBookie.ag) placing them as NFL favorites to win the AFC title. If you are looking to bet on either of these two teams to win it all in the conference, here is a brief analysis on what NFL betting value is in store for you.

The last time the Broncos met the Steelers was in Week 15, a game Pittsburgh’s lethal QB-WR combination of Ben Roethlisberger and Antonio Brown lit up the scoreboards, leading to a 34-27 win for the Steelers. Brown particularly shined brightly, sparkling with 16 catches for 189 yards and two touchdowns. Unfortunately for Pittsburgh, both Roethlisberger and Brown got injured in their win over Cincinnati in the Wild Card weekend, and whereas Big Ben is making good progress, early reports have it that Brown isn’t doing too well. Against a well-rested Broncos team that is coming off a first round bye, this could be a huge problem, given that the Steelers are an offense-first team. Not to forget, Pittsburgh was limited to just 23 rushing yards on 17 carries in Week 15, with their star RB DeAngelo Williams averaging just 1.9 yards per rush, so a weakened passing game could be very advantageous to the Broncos.Needless to say, the Broncos aren’t perfect either, more so in the offensive side of things. QB Brock Osweiler started that game for the Broncos in Week 15 and fell short of the winning standards. That may, however, be solved by the return of Peyton Manning, who will be back under center as a starter for the first time since November 15 when he suffered a plantar fasciitis injury. Manning came off the bench in Week 17and played decently, leading the Broncos to a come-from-behind win against the San Diego Chargers, so he could be up to the task, as he often does when it comes to the playoffs. Plus, Denver will be playing with a lot of confidence, bearing in mind the Broncos are 4-2 SU in their last 6 overall games against Pittsburgh, and 6-2 SU in their last 8 home games against Pittsburgh.Above everything else, there is the biggest of all motivations of them all—the trustworthiness of Denver’s excellent defenses. Many pundits have been talking about Pittsburgh’s offense being far too superior to Denver’s, something that is overly exaggerated. As per the latest records ahead of the Divisional Round, the Steelers are averaging 25.60 PPG scoring while the Broncos are averaging 24.10, numbers that aren’t that far off each other. And after Cincinnati’s middling defense reduced Pittsburgh’s so-called great offense to just 18 total points, you can’t help but wonder what kind of harm will be done Denver’s tried-and-proven defense that led the NFL in passing defense and total defense, and was third against the rush and fourth in scoring (allowing just 18.5 PPG).So if you ask me if the Broncos can beat the Steels and go ahead to challenge the injury-bugged Patriots or the Chiefs (who we all know have an anemic offense) in the NFC Championship game for the conference title, I’d give a resounding YES as my answer to that question. 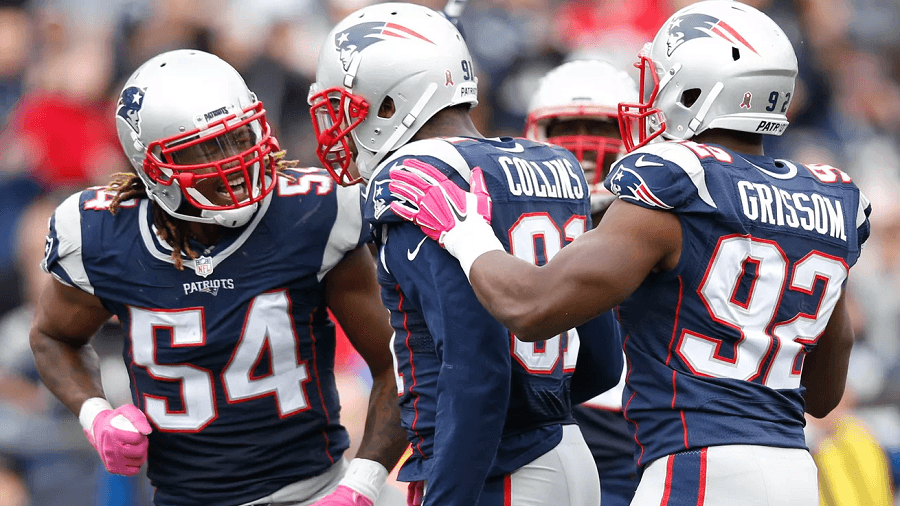 Yes, the Patriots had a really banged up group down the stretch of the season, a clear reason why they limped into the finish line with a 2-4 SU record. But make no mistake thinking that the Chiefs will be facing such a depleted team this weekend. For starters, the first-round bye accorded the Patriots some much-needed time for players to recuperate, and a good number of them have already been confirmed fully fit to go it against Kansas City. This will allow the Patriots to gel in a better way and have better punch, especially on the offensive side of things, to stick it out against Kansas City’s surging defense. As you all know, New England probably has the best offense in the NFL when everyone is healthy, so the returning players should be a big boost, even if a few others will still have to sit out of Saturday’s Divisional Round encounter.And for those concerned with records, New England is emphatically 23-2 SU in its last 25 games at home, and 5-0 SU in its last 5 home games against Kansas City, so banking on the Chiefs (who will have their top receiver Jeremy Maclin hobbled by injury this weekend) to beat the Pats will be the definition of taking a BIG gamble.If the Patriots go past the Chiefs, as I strongly believe they will, then the next order of business will be planning on how to beat the Steelers or Broncos in the AFC Championship game. As is already mentioned, the Steelers are extremely banged up in the offense, which could be their biggest undoing even if they somehow manage to beat the Broncos. Pittsburgh’s defense is commendably improved this year, giving up just 19.71 PPG on the season. But then again, a healthy New England offense is more than capable of shredding that defense, something that is affirmed by Pittsburgh’s blowout loss to the Patriots in Week 1 of this season. The Patriots should thus be you preferred pick if New England meets Pittsburgh in the conference final.

Potentially facing the Broncos in the AFC Championship game will be a different ball-game altogether for the Patriots. This will depend on factors such as the healthy players, who starts at QB for Denver and the manner in which both teams play in their divisional round. That said, the Patriots have owned the Broncos in recent times, going 6-1 SU in their last 7 overall games against Denver, including the 30-24 win on November 29th. The Pats should thus be the safe bet to do the same once again. But hey, you don’t take my word for it; this is probably Manning’s last year in the NFL and the football betting gods have a knack for honoring their best servants, so this could be the year Manning finally wins it all with the Broncos.
Older post
Newer post