NFL News and Rumors
Outside their dissimilar regular season records and positions in the NFC playoff seeds, there hasn’t been much of a difference between the Carolina Panthers (15-1, No. 1 seed in NFC) and Arizona Cardinals (13-3, No. 2 seed in the NFC), who are largely—and rightfully so—considered as the conference flagbearers in the Super Bowl 50 odds. As per Carolina’s averages of 31.2 PPG scoring and 19.2 PPG allowing this season against Arizona’s 30.6 PPG scoring and 19.6 PPG allowing, it is clear that a potential matchup between these two NFC Championship favorites would deliver a cracker of a game. That dream matchup won’t, however, be able to happen, unless both teams win their respective NFC divisional round games this weekend, when the Cards host the Packers on Saturday Night and the Panthers host the Seahawks on Sunday.Can both teams deliver winning results this weekend and march on to the NFC Championship game to contend for it as favorites? And if that happens, which of the two NFC foes looks most likely to win it all in the conference? Read on as we take you through a comprehensive analysis and NFL betting breakdown of all that and much more…

The Cardinals, after having to sit in the shadows of the Seahawks in the NFC West over the recent years, now have a chance to be appreciated for the good team they are, thanks to the revolutionary coaching of Bruce Arians. Winning the NFC West crown and owning the No. 2 seed in the conference means that Saturday’s game against Green Bay will take place in Arizona. With homefield advantage and the confidence derived from hammering Green Bay 38-8 in late December when the two teams met in Arizona, it goes without saying that the Cards should be more than capable of delivering another win.Assuming the Cardinals get the job done this weekend, the next task at hand will come against the Panthers or Seahawks. Playing the Seahawks will be tricky, given that the Cardinals beat the Hawks in Seattle in their first meeting of the season before the Pete Carroll’s team returned the favor in resounding fashion in Week 17 at the Arizona Stadium. A game between the two divisional rivals could therefore go either way. The Cardinals can, however, take comfort in the fact that, if the Panthers are downed, the homefield advantage in the NFC Championship game will belong to Arians’ boys This could prove very handy for the Cards who went 6-2 SU at home this season and are 13-3 SU in their last 16 overall games at home.If the Panthers are the ones who make it to the NFC Championship game, then Arizona will have to deal with pressure of playing on the road in Charlotte. 2015-16 NFL MVP-designate Cam Newton has been a beast, wreaking havoc both on the ground and aerially, which means that Arizona’s strong-armed QB Carson Palmer will need to have his passing A-game. Fortunately for Palmer, he has more offensive weapons at his disposal, so going toe-to-toe with Newton (or bettering him) will be very possible for him and his efficient high-flying offense.And above everything, the Cardinals were impressively 10-2 in conference play (second-best in the NFL behind the Panthers) and 7-1 on the road this season (tied for best NFL road record with the Panthers), meaning the pressure of playing on the road will be nothing new to the road-proven Arizona squad.

In my humble opinion, the Panthers are not getting the respect they deserve in this year’s NFL lines. After compiling a franchise-best 15-1 record and losing just one game (which was in fact a close single-digit road loss), the Panthers are still priced behind the Cardinals in the odds to win the NFC. The pricing is no different in the Super Bowl odds, where they come behind Arizona and the injury-laden New England Patriots. For bettors, that should however be taken as good news, as it simply means there is potential value on the resurgent Panthers, who doubled the win total from last season’s campaign.Speaking of betting value, the Panthers already defeated the Seahawks this season, a 27-23 road win at the CenturyLink field, which has Seattle at the disadvantage when the two teams meet in Carolina this weekend. I mean, this is a Carolina team that finished the regular season with a flawless 8-0 SU home record and Superman Newton is dubbing on his opponents like his new baby boy’s life depends on it. Therefore, although the current Seattle defense is head and shoulders better than the version they faced earlier in the season, Newton and his underrated teammates are selling too hot to let the chance pass you buy.And as far as playing the Packers or Cardinals is concerned, that is if the Panthers make it to the NFC Championship game, Carolina and its league-best 11-1 conference record underline the pedigree of a team capable of tussling against the best-of-the-best in the NFC. Sure, Arizona’s smash-mouth defense will be a headache and so will be the talent-filled Palmer-led offense. Meanwhile, Aaron Rodgers and his offense can equally be dangerous, as we already witnessed when the two met earlier this season. All that will, however, not matter if the Panthers can tap into their home magic and balanced squad, which has seen them impress at every single turn of the season so far. 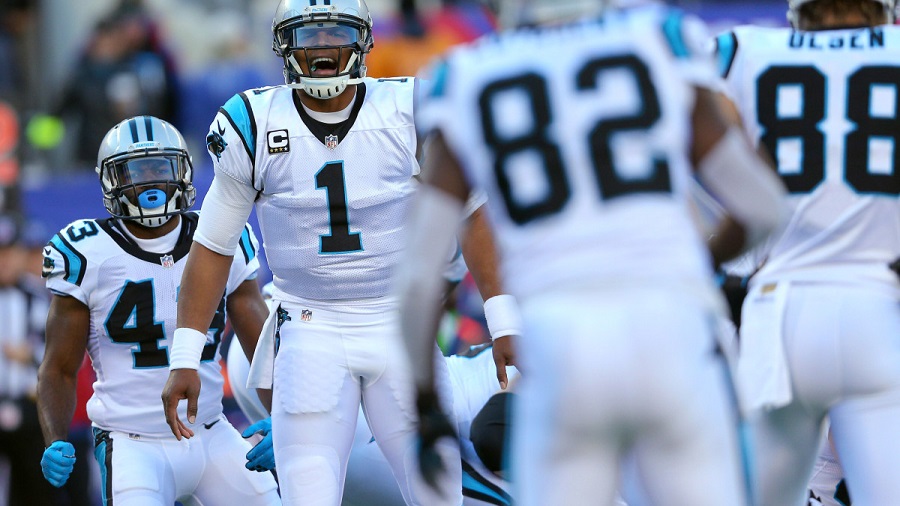 The Cardinals and the Panthers are the cream of the NFC and should be treated as such until proven otherwise. And if all goes as is prospected, we should be in for a bloodbath in the NFC Championship game when the two teams meet. As earlier mentioned, both teams have been playing good football, so choosing between them isn’t easy. Even so, the Cardinals have looked more convincing to me, and the fact that they’ve faced (and beaten) tougher teams than the Panthers makes them more trustworthy. With that, I’d recommend leaning more on their side for best value when considering favorites to win the NFC title.
Older post
Newer post