NFL News and Rumors
If ever there was a time for the rebuilding New York Jets to make a statement, now is that time! You see, with the Jets sitting on the outside looking in as far as wild card berths are concerned in the tight AFC, the Jets know a win over the elite New England Patriots could help them reach their goal of participating in the postseason.Now, let’s find out if the J-E-T-S can pull off the upset at home when the two longtime rivals square off at MetLife Stadium in East Rutherford, New Jersey on Sunday at 1:00 PM ET.

New England -3 at NY JetsWhen: 1:00 PM ET, Sunday, December 27, 2015Where: MetLife Stadium, East Rutherford, New JerseyNFL Odds: New England -3Over/Under: 45.5The NFL Week 16 online betting odds at MyBookie.ag for this AFC East divisional showdown have the visiting Patriots as 3-point favorites to beat the Jets. If you want to bet the O/U the game total is sitting at 45.5.

Why Bet The New York Jets Odds at +3

Because they’re motivated and have an outstanding defense!The clearly motivated Jets (9-5 SU, 7-5-2 ATS) have won four straight and are playing their best football at just the right time.New York had a tough time on their hands but managed to get past lowly Dallas 19-16 last weekend while pushing against the NFL betting line as a 3-point road favorite. The Jets are tied with the Steelers and Chiefs with identical 9-5 records, but are currently on the outside looking in as far as a wild card berth is concerned because of tiebreakers.”If the football gods deem that we’re worthy, and somehow we win these last two games, maybe we will, maybe we won’t (get into the playoffs),” Bowles said Monday. ”But you can’t worry about it because you can’t control it.”Now, the Jets will look to knock off Tom Brady and company after falling to the Pats 30-23 on Oct. 25 as a 7-point road dog.”All I can worry about is us,” Bowles said. ”I can’t control what Pittsburgh or Denver does, so we’ve just got to get ready for New England this week and however it plays out, it plays out. But we’ve got to try to win our last two games.”

Why Bet The New England Patriots Odds at -3

They’re motivated and playing well while still dealing with the injury bug!New England (12-2 SU, 7-4-3 ATS) has won two in a row after dropping two straight in Week 12 and 13. The Pats handed the overmatched Tennessee Titans a convincing 33-16 loss last weekend to narrowly cash in as a 14.5-point home favorite and now look to take another step toward securing what they hope will be home-field advantage in the AFC playoffs.More importantly, while the Patriots still have a whopping 17 players on injured reserve, the Pats say they are focused on winning with the players they have available.“We’ll just have to do the best that we can to balance all those things out,” Belichick said. “That’s something we’ll have to give some thought to and get as much information as possible because there are some guys that are in various states of physical health. We’ll have to work our way through all that. It’s definitely a challenging situation. I wish I had a cleaner answer on it, but really we’re just going to have to work it out.” 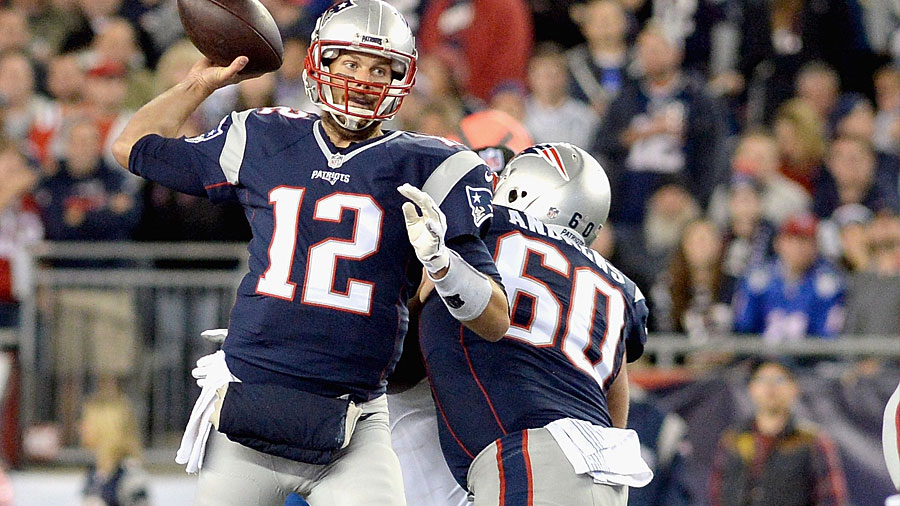