NFL News and Rumors
With the Wild Card Weekend is in the NFL betting books and only eight teams remaining in the chase for the Super Bowl 50 trophy, both the NFC and AFC are hell-bent on making their mark in this weekend’s Divisional Round games, as they seek to march forward to their respective conference championship games. According to most pundits, the NFC is the deepest and most talented of the two conferences, with the Arizona Cardinals and Carolina Panthers topping Multiple Las Vegas sportsbooks as the Super Bowl 50 odds favorites after splendid runs in their regular season campaigns.But what about the NFC duo Green Bay Packers (11-6) and Seattle Seahawks (11-6) who are regarded as dark horses in the race for NFC Championship and 2016 Super Bowl despite doing well in their respective Wild Card games? Can these two teams, which coincidentally met in last year’s NFC Championship game, upset the NFL odds and have a rematch in the 2016 NFC title game? Read on, as we break down the online NFL betting odds of these two teams in regards to winning this year’s NFC crown.

We advance to the Divisional Round to face the NFC South Champion @panthers. Video Trailer [https://t.co/cCxY9QUMaG] #SEAvsCAR

Why the Packers Will Win the 2016 NFC Championship

After trailing the Redskins by as much as 11-0 late in the first half of their Wild Card game on Sunday, Aaron Rodgers and the Packers gave credence to their playoff reputation by staging a comeback, thanks to two TD passes by the QB to Davante Adams and Randall Cobb, followed by two rushing TDs by the backfield pair of Eddie Lacy and James Starks. Following that victory, there is a renewed sense of optimism that the Packers could be on to a deep run in this year’s playoffs. But in order for that to happen, Green Bay will need to overcome its injury woes (including WR Adams, LT David Bakhtiari and CB Sam Shields) and find a way of going past the Cardinals, a team that thrashed the Packers 38-8 a few weeks ago.Suffice it to say, this is a Green Bay team that has already proved its worth as a wild card team before, going from being an underestimated 6th-seeded team five years ago to win the Super Bowl. It would therefore not be a surprise if this year’s fifth-seeded Packers built on the win over Washington to make another run for the Lombardi Trophy.Oh, and as far as the Cardinals are concerned, the Packers have fared quite well against them over the recent years, going and 7-3 SU in their last 10 overall games against Arizona. If the Packers can find a way of neutralizing Arizona’s offense and putting up a couple of scores of their own, winning their divisional matchup should be very possible. After that, the Packers can figure out a way of dealing with the Seahawks (whom they beat 27-17 at home in Week 2 this season) or the Panthers (who defeated Green Bay 39-27 on the road in Week 9, though with a very spirited effort from Rodgers who threw for 369 yards and four touchdowns). 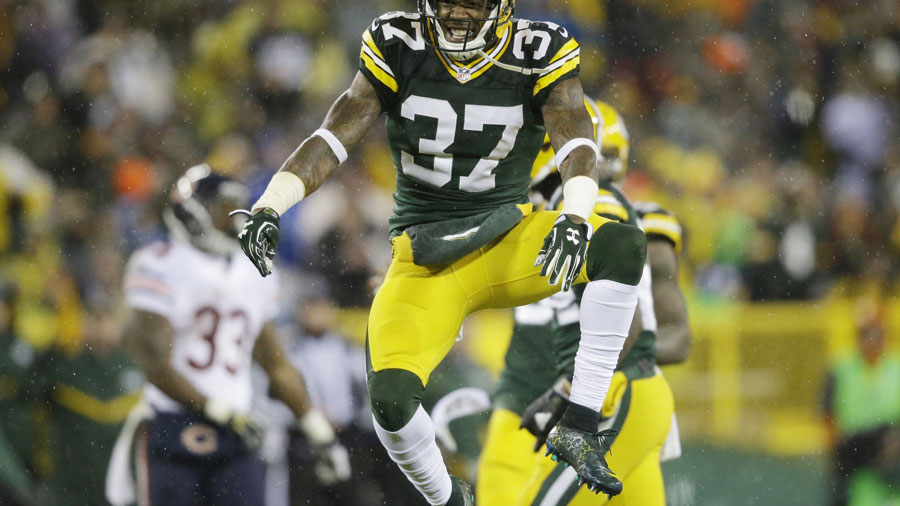 Why the Seahawks Will Win the 2016 NFC Championship

The biggest reason behind Seattle’s berth in this year’s playoffs is the improved play of QB Russell Wilson, who has been on an absolute tear this season, especially in the second half of the season. Against the Vikings, the Minnesota’s defense and the sub-zero temperatures at the TCF Bank Stadium made it difficult for Wilson to have his best of games, but he still proved to be clutch when the team needed him most, spectacularly connecting with Doug Baldwin on the game’s only TD, which eventually proved to be a big difference-maker in the 1-point win over the Vikes. That win over the Vikes improved Wilson’s playoff record to 7-2 in three years, a stellar record that includes a Super Bowl win in the 2013-14 season and near Super Bowl win in the 2014-15 season where the Seahawks narrowly missed out on winning it all against the Patriots.Not to forget, Wilson is undefeated against the Panthers when playing in Charlotte, a record he holds since he took over under center for the Seahawks in his rookie season of 2012. In those three meetings, the Seahawks have won 16-12 (in 2012), 12-7 (in 2013) and 13-9 (in 2014), pointing to the likelihood of a Carolina upset.With such a résumé, it would be a big mistake to sleep on the Seahawks, feeding into the exaggerated talks about Seattle being lucky on Sunday. Last time I checked, the Seahawks made enough plays to put them in the position to claim the ugly win over Minnesota, which is a quality that only comes with good teams. You doubt that, ask the Steelers how they grittily won their won their game against the Bengals.Even more notably, Seattle’s win over Minnesota was their sixth-straight road win of the season after they had dropped their first three games away from home. The last regular-season road victory before the Minnesota game was particularly impressive, as it came against the high-flying Cardinal, who had entered that game on a hot nine-game winning streak. Rather than cower, the Seahawks recorded arguably their best victory of the season, thumping the home-playing Arizona 36-6.If the Seahawks manage to upset Carolina, they will therefore have all the confidence in the world of repeating as NFC Champs by beating the Cards once again. The same goes if the Seahawks reach the NFC Championship game to face the Packers, whom they beat in last year’s NFC title game.Final RemarksIf the Packers can keep up their offensive performances, then they’ll definitely have a chance of hanging all the way to the NFC Championship game. Nonetheless, teams like Carolina and Arizona are very balanced, so beating them with a one-sided team won’t be easy, something that makes them a long shot to go the distance. For the Seahawks, there are several tangible betting trends and statistics backing them up as a solid dark horse pick, as is highlighted above. The fact that their star running back Marshawn Lynch is fit to return against Carolina is an additional boost to the team, which could further make them dangerous to the Panthers and the team they’ll potentially face in the conference title game. With that, Seattle not only looks like the best dark horse pick to reach the NFC Championship game, but to march all the way into the Super Bowl 50 game.
Older post
Newer post