Michigan and Michigan State should be on a collision course in the Big Ten Tournament Final. The Spartans and Wolverines have been the two best teams in the conference all season long. Is the tournament title theirs for the taking? Or, will an under the radar team like Maryland take the Big Ten Tournament trophy? Let’s see how the odds to win the 2019 Big Ten Conference Championship are looking like.

The Big Ten Tournament returns to Chicago for another memorable week of hoops action. #B1GTourney pic.twitter.com/maVKgxHS1a

Which of the two favorites in the Big Ten deserves backing to win the conference tournament?

Michigan and Michigan State have dominated the Big Ten this entire season. The Wolverines were a top 10 ranked team up until their final regular season game. Michigan is 26-5 and has quality victories over North Carolina and Villanova in addition to running over every team in the Big Ten save for the rival Michigan State Spartans.

That’s where the difference between the two teams lie. Michigan State beat the Wolverines in both head-to-head matchups: 77-70 and 75-63. In both games, the Spartans best player, Cassius Winston, dominated.

In the first win, Cassius scored 27, dished 8, and grabbed 2 rebounds. In the second game, Winston was good for 23 points, 4 boards, and 7 assists. Winston is the best point-guard in the nation. He has no fear, can shoot and dish the ball equally well, and his teammates follow his lead no matter what.

Of the less than +5000 choices, which team has the best shot of upsetting the favorites?

Although it’s called the Big Ten, 14 teams play in the conference. There are plenty of teams to consider backing to win the conference tournament at +5000 odds or less. Indiana, Wisconsin, and Iowa all have a chance, but the team that bettors should really consider is 22-9 Maryland.

The Maryland Terrapins are young overall, but their best player, guard Anthony Cowans Jr. is in his third season. Cowans Jr. averages 15 points, 4.3 assists, and 3.7 boards. He and Bruno Fernando have developed a nice inside/outside game. Fernando averages 14 points and 10.5 rebounds per game. He also shoots 62.4% from the field.

If Cowans and Fernando can remind people of Stockton and Malone this week, the Maryland Terrapins cold win the Big Ten Tournament.

Does Nebraska, Northwestern, Rutgers, or Illinois have any chance at winning the Big Ten Tournament?

A deep Big Ten Conference means college basketball handicappers are taking a massive shot without any real facts if they back Northwestern, Nebraska, Rutgers, or Illinois to win the conference tournament. 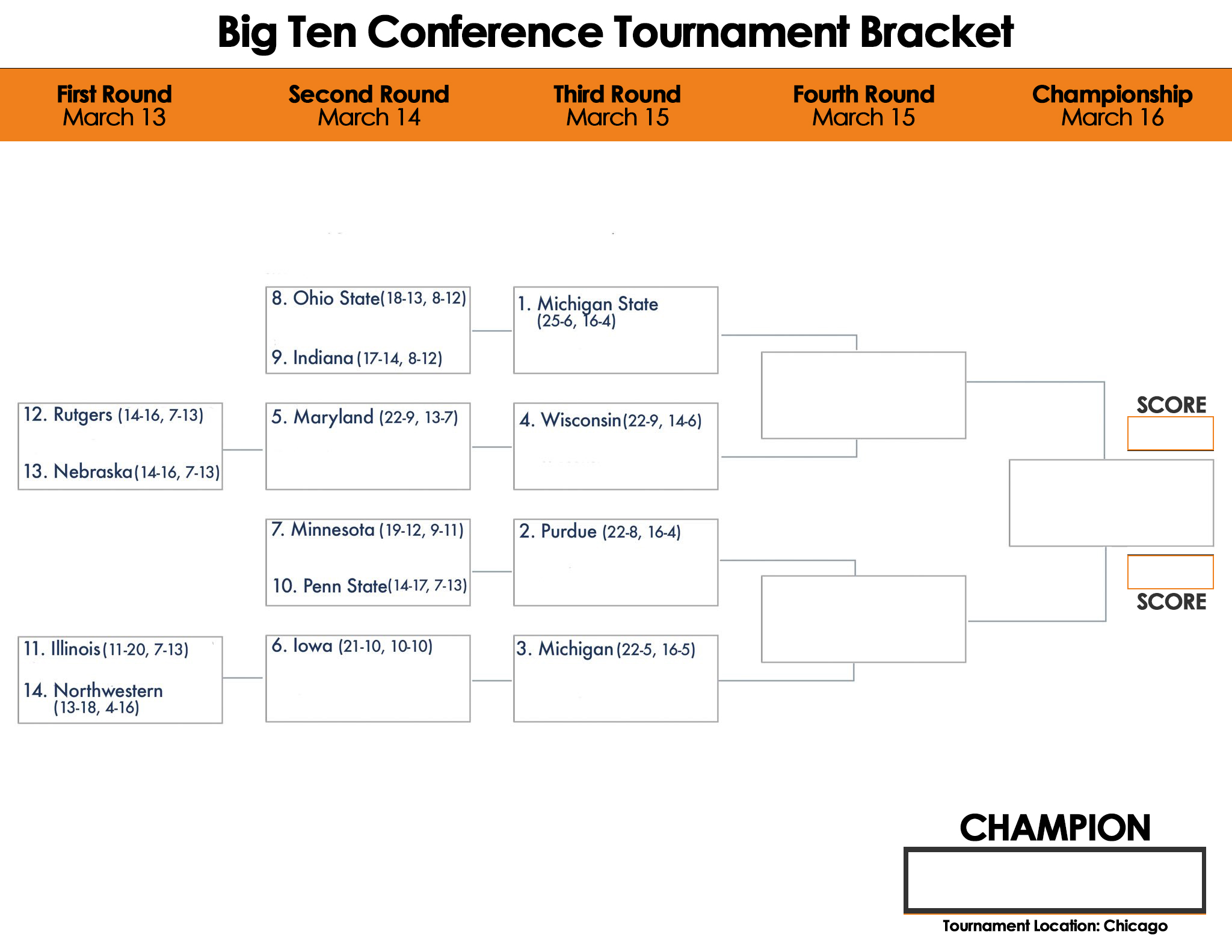