NFL News and Rumors
Johnny Manziel and the Cleveland Browns will look to pull off the huge NFL betting upset against Russell Wilson and the Seattle Seahawks when they square off in a Week 15 pairing that gets underway live from CenturyLink Field on Sunday at 4:05 PM ET. Now, let’s find out if the Browns have what it takes to pull off the upset!

When: 4:05 PM ET, Sunday, December 20, 2015Where: CenturyLink Field, Seattle, WashingtonNFL Odds: Seattle -14.5Over/Under: 43The NFL Week 15 odds for this contest have the visiting Browns as 14.5-point underdogs to beat the Seahawks after opening as 14-point dogs. If you want to bet the O/U the game total is set at the same 43 points it opened at. The Seahawks are -1233 against the NFL Moneyline while Cleveland sits at +917.Can Johnny Football Help Browns Cover Against Streaking Seahawks?

Why Bet The leveland Browns Odds at +14.5

Because Johnny Manziel gives them a better chance! Cleveland (3-10 SU, 4-8-1 ATS) snapped its seven-game losing streak by beating San Francisco 24-10 last weekend as second-year quarterback Johnny Manziel got the start in what has been an on-again, off-again relationship with head coach Mike Pettine and the Browns organization the last two years.Running back Isaiah Crowell recorded his first 100-yard rushing performance, but gave credit for his 145-yard day against the Niners to Manziel. “I’ve been waiting for this 100-yard game,” Crowell said. “I’m very proud of myself and my teammates. Having Johnny Manziel at quarterback makes the defense think about containing him and that spreads things out and gives me an extra second to get to the line. I think that helps a lot.”The Browns recorded a whopping nine sacks in the win and Manziel completed 21 of 31 passes for 270 yards with one touchdown and one interception. “It was a great feeling personally, but it was an even better feeling in the locker room knowing we’ll get a victory Monday and get a chance to get another win,” he said. “That’s what it’s all about in the NFL — winning games no matter how many it is.” The Browns average just 18.5 points per game and allow 27.5 per contest defensively.

Why Bet The Seattle Seahawks Odds at -14.5

Because they’re red-hot at the right time – and far superior in all three phases! Seattle (8-5 SU,6-6-1 ATS) has won four straight and six of their last seven games including their emphatic 35-6 beatdown over Baltimore as a 10.5-point road favorite last weekend. 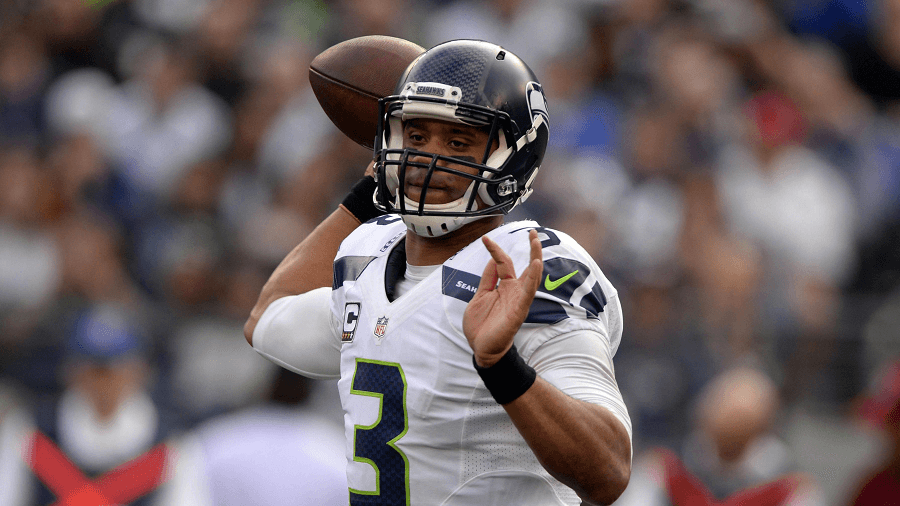 Quarterback Russell Wilson passed for 292 yards and five touchdowns against Baltimore and is in the midst of a record-setting run. During Seattle’s four-game winning streak, Wilson has completed 89 of 118 passes (75%) for 1,171 yards with 16 touchdowns and zero interceptions for a combined passer rating of 145.9.Wilson is the first quarterback since 1960 to post a passer rating of 138.5 or higher in four consecutive starts and joins Tom Brady (2007), Peyton Manning (2013-14) and Aaron Rodgers (2014) as the only players to have gone four straight games with at least three touchdowns and no interceptions. Speedy wide receiver Doug Baldwin has been the main recipient of Wilson’s targets and is the first NFC player to record eight touchdowns in a three-game span since the legendary Jerry Rice did it for the San Francisco 49ers back in 1993.“It’s the best that we’ve seen for both guys,” Seattle head coach Pete Carroll said of Wilson and Baldwin. “They seem to be in sync in a really great way. The opportunities are there, and they’re taking advantage of stuff and making the most of it. It’s exciting to see and really fun to see these guys.”Seattle has improved its defense since its early season struggles and has limited three of their last four opponents to 13 points or less while not giving up more than seven points in their last two games. The Seahawks average 26.2 points per game and limit their opponents to just 18.1 per contest defensively.

I’m a big Johnny Manziel fan and it’s nice that the enigmatic signal-caller (he’s only 22 people) led Cleveland to an impressive win over San Francisco on Sunday, but the fact of the matter is that the Cleveland Browns are in big trouble in this contest!Russell Wilson and company are lighting up the scoreboard like a pinball machine (if you remember those) and the Seahawks’ defense is looking a lot more like the old Legion of Boom that it used to be.The Seahawks have scored 35 or more in three straight while scoring at least 29 points in five straight and will beat the Browns by at least 10 points in this contest, although I’m going with the Browns for the super-narrow ATS cover.I know Cleveland is just 1-6 ATS in their last seven games and 0-4 ATS in their last four against teams with a winning record, but the Seahawks are just 2-5 ATS in their L/7 games after allowing more than 250 yards passing in their previous game.Seattle gets the easy win, but I like Johnny Football to help the Browns cover the NFL betting line by the slimmest of margins!My final score prediction: Seattle 31 Cleveland 17
Older post
Newer post