Soccer Betting News
When playing in the group stages of a European competition, the goal of most teams and their soccer odds buffs is to be in a relatively comfortable position after the first 3 games have been completed. That is not something that any of the teams in Group J of the Europa League can lay claim to, as 2 points separate top from bottom. Tottenham and Anderlecht will try to make things a little more comfortable for themselves when they hook up at White Hart Lane on Thursday.

Spurs will be glad to have the home game here, as they are on a pretty quick turnaround after beating Aston Villa 3-1 on Monday night. Domestically speaking, Spurs have been solid, albeit unflattering, in losing just 1 of their 11 games in the EPL. The downside is that they have had 5 games end in draws, which is why they are not up closer to the leading pack. The good news for Tottenham is that Harry Kane has found his shooting boots after a very slow start to the season. He scored the final goal in the Monday night game, and now has 5 in his last 5 domestic games. He has yet to find the back of the net in Europa League play, though, and Spurs need that to change immediately if they are to find their way out of a very tough Group J. Spurs lead the way in this group with 5 goals scored in their opening 3 games. An in-form Kane should help them add to that total in the final 3. 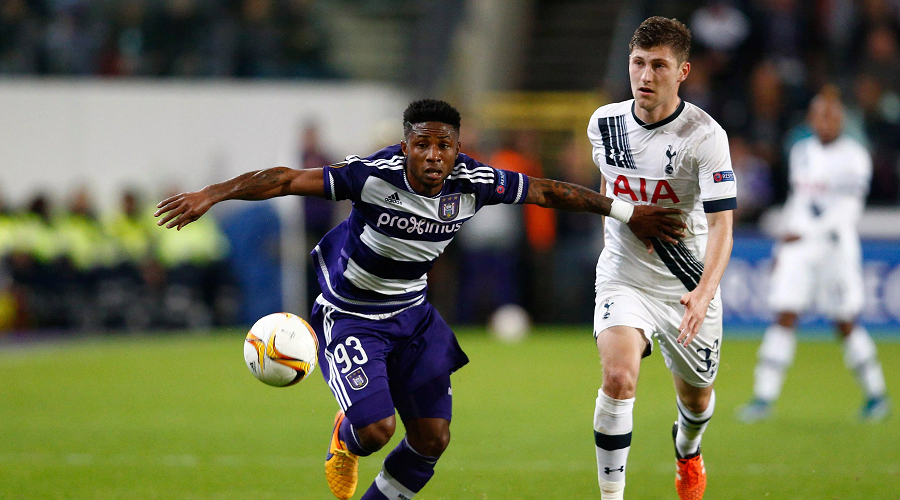 Anderlecht are performing very well in their domestic league, and are on an unbeaten run that now stretches back 11 games. The Belgians are a very solid team at home, as witnessed by their gritty come from behind win against Spurs a couple of weeks ago. Where Anderlecht and their online betting fans run into trouble in European competition is when they have to go on the road. They are now winless on the road in Europe for 12 straight games, losing 6 and tying 6 during that stretch. Anderlecht hold the top spot in Group J, but they also know that with the group being so tight, a loss could see them drop out of the automatic qualification spot in no time at all. The Tottenham defense is going to have to be vigilant throughout this one, as Anderlecht have proven that they are a team that knows where the net is, having hit 10 in their last 4 league games.

It is going to be interesting to see what the Spurs boos does with Harry Kane, especially since Arsenal are next up this weekend. I don’t expect the young striker to play the full 90 minutes, and he may even start on the bench. Either way, I still think the home edge will help Spurs, and will be enough to get them a 2-1 win.
Older post
Newer post