One of the most entertaining parts about going to the horse races is all of the different options when it comes to placing a bet. Sure, you can try and pick a horseracing betting winner, but that’s just where the fun starts. After all, if you can pick the first-place finisher, why not pick the runner-up as well? If you think you can pick the first two horses, then you have the option of what’s known as the “quinella.” To win, the two horses that you pick have to come in first and second, in either order. If you want to make it even more precise, you can choose the “exacta,” which means you specify which horse finishes first, and which horse finishes second.

As you might guess, the exacta pays out more to winners than the quinella does, because the exacta has a lower probability, due to the requirement that you get the exact order right. Some tracks call the exacta a perfecta, but the clerks at the betting windows will understand what you’re saying if you ask for an exacta.

The quinella, though, is one of the simpler bets out there, because you don’t have to say your horse numbers in any particular order. If you believe that American Pharoah and Dortmund will finish first and second, then you say something like $2 quinella 2, 8. If they finish first and second (in either order), you win. If you think there are three horses that have a chance to finish in the top two, you ask for a quinella box. You’ll say something like, “$2 quinella box 2, 8, 9.” This means that you think that horses 2, 8 and 9 are all fast enough to end up in the top 2. You’re actually purchasing three quinella combinations this way, though, which is why this bet costs you $6 to place.

In races that feature a heavy favorite, the quinella sometimes pays more than the same $1 exacta if the favorite of the race comes in first. In this case, the quinella wheel or part-wheel is a choice. In this instance, let’s say that the 4 horse is the big favorite. You go to the window and say, “$2 quinella wheel, 4 with all.” This makes you the winner if the 4 horse finishes in first or second. The other horse doesn’t matter, because by saying “with all,” you ensured that you would have the rest of the field. If there are multiple low-odds horses that could end up in the top two, the quinella wheel is a poor bet, because even if you win, your winnings could be less than the bet, as a wheel with 11 horses in the field costs $20 to put down. A part wheel allows you to choose several other horses, such as “$2 quinella wheel, 4 with 1, 2 and 5.” In this instance, you win if the 4 horse is in the top 2, along with 1, 2 or 5. 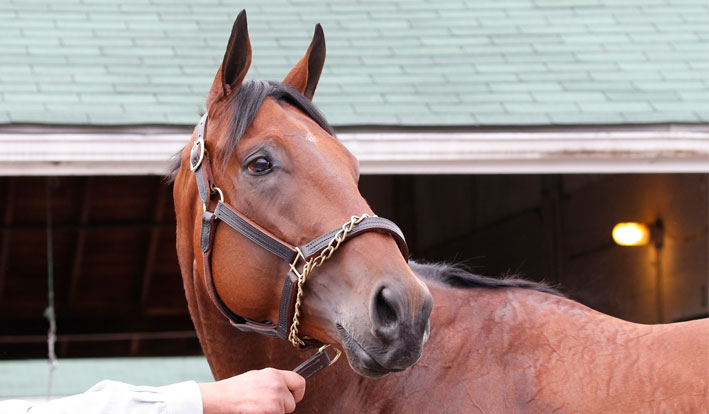 One of the benefits of the quinella is that it gives bettors a way to take a race with a heavy favorite and boost the payout significantly. If you bet on the winner only and choose the heavy favorite, a lot of the time you won’t walk away with anything. So it’s important to use strategies as the quinella to boost your payouts. Over time, making these sorts of decisions makes the difference between having occasional success at the track and turning horse racing from a hobby into a steady revenue stream. Researching the horses in each field and knowing the available bets go a long way toward increasing your security in gambling.