Considering the manner in which football betting has hugely transformed through the years from placing your wagers with the neighborhood bookie to the current wagering with Las Vegas sportsbooks and phenomenal rise of online football odds and lines, you can’t help but marvel at the billion dollar industry that is now famously known as NFL betting. The changes and the freedom we enjoy now by simply placing wagers on online sportsbooks and getting instant cash on winning NFL bets didn’t, however, come easy and certainly wasn’t an overnight success story.

A Quick History of NFL Betting

The Days of Local Bookies

Originally, football betting took place in local pubs or back alleys, where the local bookie would take the wagers and cash in the winning bets. As you’d expect, the bookie had to be a tough guy, who could harass bettors that took credit and weren’t able to pay. If need be, the local bookies resorted to violence to claim was owed to them. But with that, there was also a rise in cases in where the local bookies would simply use their tough-guy image to swindle bettors or simply fail to pay earnings to the bettors.

Noticing the increasing cases of fraud, violence and lawlessness (that sometimes allegedly included ties with mobs and money laundering schemes) from this form of betting, the Federal Government decided to step in and save the situation. So, in the 1960s, the Federal Government decided to outlaw betting across United States, except for the state of Nevada. From that point forward, the only way to bet legally on football was to do it in Vegas. 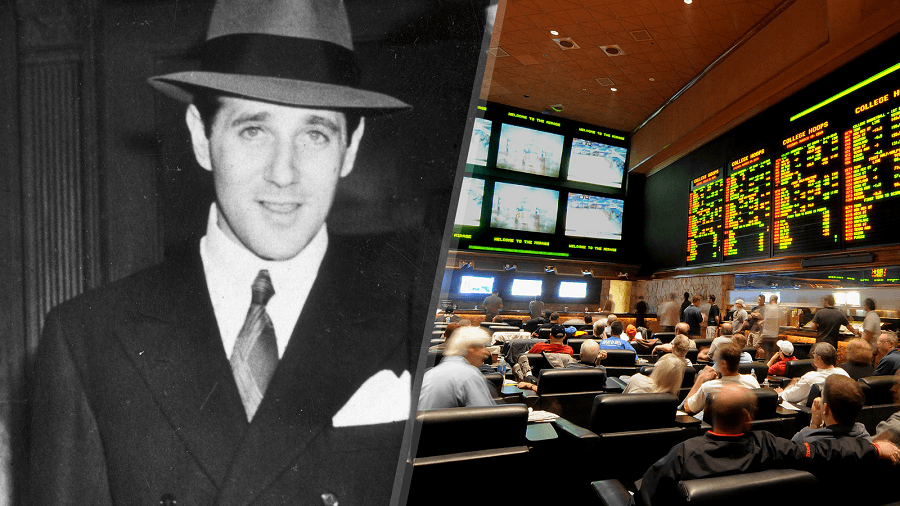 Making Vegas the only place for legal football betting brought calmness for football lovers, at least for a while. But soon, things reverted back to going through local bookies in most places. This happened due to two reasons. Firstly, not everybody was well-endowed financially to fly to Vegas just to bet on a game. Secondly, some of the minimum wagers required in Vegas sportsbooks were too high to be afforded by small-time bettors. And because of that, local bookies began to sprout once again, albeit illegally, and as a result, the local bookmakers constantly got in trouble with the law, as police raids becoming a constant and costly nuisance for such operators.

With bookmakers looking for a safe and legal way out, the advent and rise of the internet provided just that. The large online audience and the ease in accessibility to the internet in the 1990s not only allowed neighborhood bookmakers to avoid getting in trouble with the law, but it also made NFL betting more fun, more secure, more accessible, and obviously more profitable.

After the 1990s set a platform for online gaming, the craze about the internet and online football betting caught fire in the early 2000s, leading to an exponential growth of the industry. For example, as of 2005, it was estimated that online sportsbetting companies took over $12 Billion in bets. As of 2008, H2 Gambling Capital estimated that worldwide online gambling revenues had skyrocketed to $21 billion. Currently, the numbers are believed to be in the ballpark of 100 billion, underlining the immense value of the industry.

Of course, there have been several attempts by the United States government to stop the flow of U.S funds to offshore companies and to make online football betting illegal for residents in America. However, the self-regulated nature of the business has made it virtually impossible for them to find a reason good-enough to close shop for people like us. And going by the ubiquitous nature of the internet and the smart ability of people to masquerade their online activities, it doesn’t look like the government will be able to permanently put an end to online NFL betting, however hard they try to do it.

And as far as scams and fraudulent sportsbooks are concerned, offshore watchdog organizations like SportsBettingScams.org and sportsbook review sites like SportsIntensity.com have stepped in to help the lawmakers in weeding out the fraudsters and guiding bettors on who they are dealing with. This has greatly allowed a positive growth in the industry, helping solve the many previous cases of people swindled of their money via local bookies or fake betting companies.

As thing stand currently in 2015, NFL betting, especially over the internet, is the new cash-cow and bread-winner for many “jobless” people, with very many bettors (rookies and veterans alike) making a decent living out of their NFL winnings. Sportsbooks have equally become a great source of employment to millions of people across the world. And with the internet becoming more secure, more robust and easily accessible by the day, you can expect the world of online football betting to continue its growth, soaring into even higher heights in the future. If you need to start your way into the world of NFL betting, there is more than enough help around here. If the betting guides aren’t clear enough, we are always a phone call or an email away from helping you. All you need do is ask, and start enjoying the benefits of this money-minting industry that is here to stay.