NHL Betting News
There is an old saying that says you should start as you mean to continue. That is a phrase that the San Jose Sharks should probably have paid heed to after the first few games of the season. They are struggling right now, and they can expect to be in for a tough time of things on Friday night when they have to head to Detroit to face the Red Wings.

“I like the potential of our group. I’m really optimistic about this group and where we’re going.” – DeBoer https://t.co/FkNLwJ8TQh

All of the talk in San Jose (7-8-0) during the offseason was about how much this team underachieved last year. There were promised made that things would be different this season, and that certainly looked to be the case through the first 4 games of the season. The Sharks won all of those, and only gave up 4 goals in the process. The question that is now being asked is whether that is the Sharks team we can expect the rest of the season, or is it the one that has gone 3-8-0 since then. The defensive unit that started off so well has tailed off dramatically, and they are now giving up 2.7 goals per game. The offense has slipped down to the middle of the pack, thanks in large part to a power play that is currently the worst in the league.  The only thing playing in the favor of San Jose right now is that the Pacific Division is having a down year, which means a couple of wins can have them right back on top in no time at all.Take the Montreal Canadiens out of the equation and you have an Atlantic Division that is as tight as it gets right now. The Detroit Red Wings (8-6-1) are currently occupying second spot, and they have landed there thanks to a pretty good run of form lately. The Red Wings have won 4 of their last 5 games, and have done it by playing a solid brand of tight, defensive hockey. The offense isn’t really delivering the goods at the moment, which has meant that coach Jeff Blashill has had to preach a defensive style that isn’t all that petty to watch. It’s a very good job by the new coach, as he has had to be very creative with a team that has had more than its fair share of injuries to start the year. The Red Wings have a number of things they will want to improve on, but their .500 home record has to be at the top of the list. 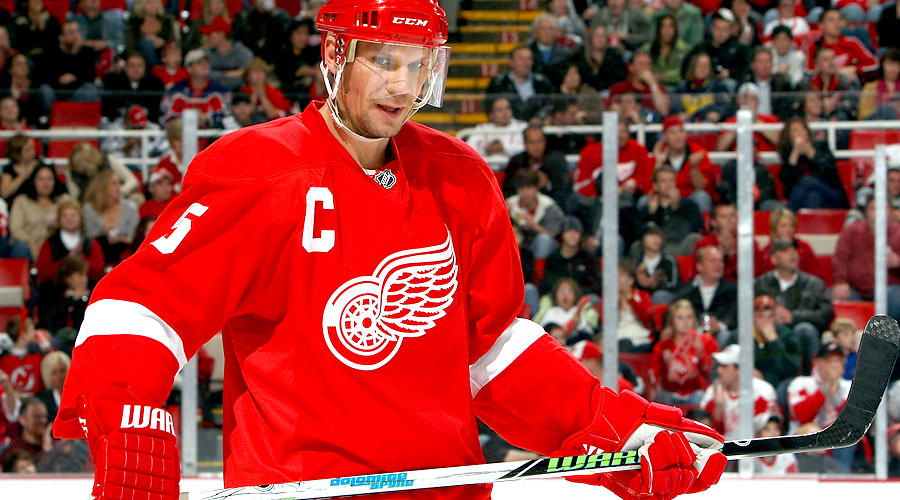 This is a series that the Sharks have dominated of late, winning 5 of the last 6 against the Red Wings. That includes 3 straight wins as Joe Louis arena over the past two seasons. Detroit may be the team playing better right now, but I have a sneaking suspicion that San Jose might just keep this away win trend going.
Older post
Newer post