Why Bet on the Broncos to Beat Carolina?

There are a handful of reasons to back the Denver Broncos to pull off the outright upset in Super Bowl 50, but none is bigger than Denver’s shutdown defense. By now, you probably know that the Broncos finished the regular season ranked first in total defense (283.1 ypg), first against the pass (199.6 ypg), third against the run (83.6 ypg) and fourth in points allowed (18.5 ppg).I love the fact that the Broncos have a pair of elite corner backs in Chris Harris Jr. and Aqib Talib that can shut down their respective covers without any help from Denver’s unheralded safeties, thereby freeing them up to roam the middle of the field and shut down the run with more impunity than a team with two average corner backs.The Broncos also have two Pro Bowl linebackers in DeMarcus Ware and Von Miller that can get after the quarterback as well as any duo in the league today, though they’ll certainly have their hands full trying to slow down the Cam Newton runaway express.The good news for Denver betting backers is that the Broncos tied for seventh in takeaways (27) and have allowed just one 100-yard rushing performance this season and one 300-yard passing day. 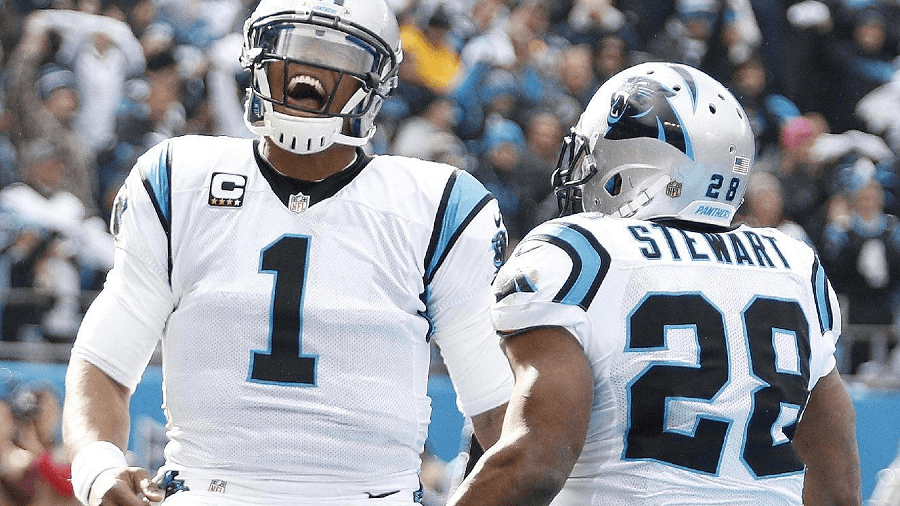 There are also several reasons to back the Carolina Panthers to get the outright win as Moneyline favorites, starting with dual-threat signal-caller Cam Newton. Newton used to be a ‘freakish athlete’ playing quarterback, but has morphed into a legitimate NFL quarterback that can make plays from the pocket, on the run or simply rushing the ball. Only one NFL player has rushed for at least five touchdowns in each of the last five seasons, and it’s not a running back…its Cam Newton.Newton’s play notwithstanding, the Panthers also have a Pro Bowl running back on Jonathan Stewart that has made his presence felt in a big way in both of Carolina’s playoff wins this postseason. Last but not least, Carolina has a defense that can undoubtedly rival Denver’s and one that could give the immobile Peyton Manning big trouble in Super Bowl 50.Carolina ranked sixth in total defense (322.9 ypg), 11th against the pass (234.5 ypg), fourth against the run (88.4 ypg) and sixth in points allowed (19.2 ppg). If they can pressure Manning the same way they did in forcing Arizona’s Carson Palmer into four interceptions in the NFC Championship game, Super Bowl 50 could be over by halftime.

I know defense still wins championship and that is the reason why I picked the Broncos to win the AFC, but no matter how hard I try to find reasons why Denver could pull off the outright win, I just can’t find enough.The Broncos have been absolutely mediocre in ranking in the middle third in every meaningful offensive statistical category and it is that lack of explosiveness that will not allow them to stay with – or come back on – the Panthers once they fall behind in Super Bowl 50. Denver has gone from a team that ranked second in scoring in 2014 (30.1 ppg) and first in scoring in 2013 (37.9 ppg) to one that scored 30 or more points just twice this season.That doesn’t bode well going up against a Carolina Panthers team that has scored at least 31 points in three straight games and hung an insane 49 points on a very good Cardinals defense the last time out. Keep it simple and back the Carolina Panthers, behind the unstoppable Cam Newton, to get the outright Super Bowl win and Moneyline cover!My Final Score Prediction: Carolina 31 Denver 20
Older post
Newer post