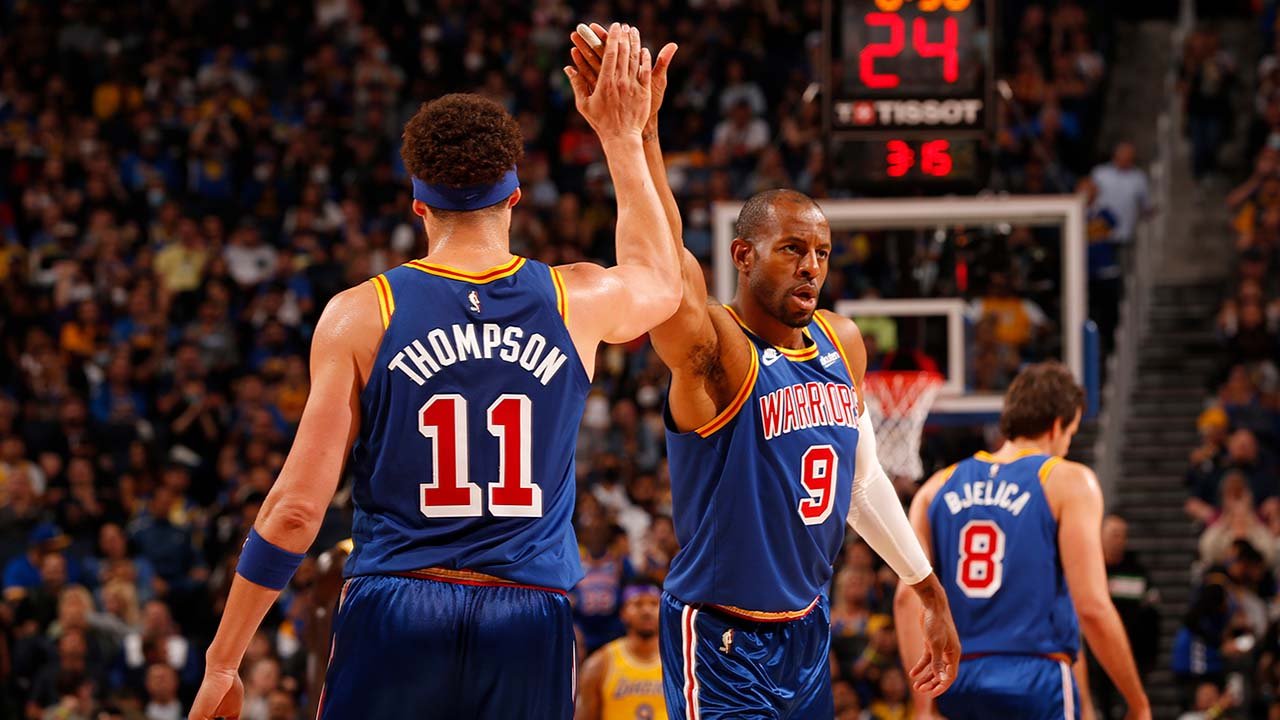 The end of the 2021-22 NBA regular season is upon us Sunday, and the irony is that it may be most remembered because of one bad team: The Los Angeles Lakers. They were second favorites to win the title when the season opened but have missed the play-in tournament. Utter embarrassment. Here are two games this weekend worth watching. Check back for NBA odds.

NBA TV has the telecast at 8:30 p.m. ET. Both teams will be playing extra basketball, it’s just a matter of where.  Golden State is going to finish either third or fourth in the West. The Spurs are going to play the New Orleans Pelicans in the 9 vs. 10 play-in tournament game. Then that winner would face the loser of Timberwolves-Clippers for the No. 8 seed and a first-round matchup vs. Phoenix.

The Warriors probably will rest their starters here with little to play for and with another game on Sunday in New Orleans. Can you believe that Steph Curry, Draymond Green and Klay Thompson have played just one game together since 2019? In fact, only 11 total minutes together. Each star has suffered an injury of some sort since then. But that is expected to change come playoff time. Curry hasn’t played for a few weeks and won’t until the postseason.

“We have the utmost confidence in who we are, what we do, especially when the playoffs come around,” Curry said. “That’s what we’re banking on. That’s the confidence we have to have coming into next weekend.”

This season, the Warriors have a 6-10 record without Curry in the lineup. Curry suffered the current injury on March 16 vs. Boston in the second quarter and exited the game with 4:09 left before the half and did not return. An MRI following the game revealed a sprained left foot ligament. He has spent the last two weeks performing various rehabilitation exercises in the training and weight rooms under the guidance of the team’s performance staff. He will gradually begin individual on-court activities next week, and his eventual return to practice will be based on his continued progress. The next update on his status will be provided on April 11. In the last three seasons, the Warriors have a 22-63 record in games without Curry.

The Spurs were the beneficiaries of the Lakers’ collapse. Dejounte Murray has turned into a legitimate All-Star. It has also overshadowed how steadily and surprisingly Keldon Johnson has grown this year. Johnson is averaging 17 points, six rebounds and two assists for the season while shooting 50 percent on two pointers and 40 percent on threes.

San Antonio is 2-1 vs. Golden State this year. They last played on March 20 in San Francisco and the Spurs won 110-108. Johnson scored off a rebound of a missed free throw with three-tenths of a second left. Jakob Poeltl made the first of two free throws to it at 108 with 2.4 seconds left. He missed the second off the back iron, but Johnson grabbed the rebound and converted the winner. Thompson missed a 3-pointer from the right corner as time expired.

ESPN has this telecast at 3:30 p.m. ET. If things fall as I think they will, Brooklyn should be able to clinch the No. 7 spot in the East with a victory here, meaning the Nets would be the top seed in the play-in tournament. They would host the No. 8 seed early next week with the winner there becoming the No. 7 seed in the postseason field. The loser would then host the winner of the 9 vs. 10 game for the no. 8 spot.

The Nets may still be without Goran Dragic as he’s in protocols. Brooklyn also has waived veteran forward James Johnson in order to convert Kessler Edwards’ contract into a standard one, making him eligible for the postseason.

Indiana is playing out the string on a hugely disappointing season. One bright spot has been rookie guard Chris Duarte, but the team has shut him down. Duarte finishes with averages of 13.1 points, 4.1 rebounds, 2.1 assists, 1.0 steals, and 1.7 triples per game.