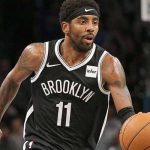 Despite the fact the Brooklyn Nets may not have seven-time All-Star guard Kyrie Irving at all this season because he refuses to get the COVID vaccine, the Nets are +240 title favorites as the season tips off Tuesday with Brooklyn as a very short favorite at defending champion Milwaukee. Let's take a look at how the teams are performing so you can place your NBA Odds. 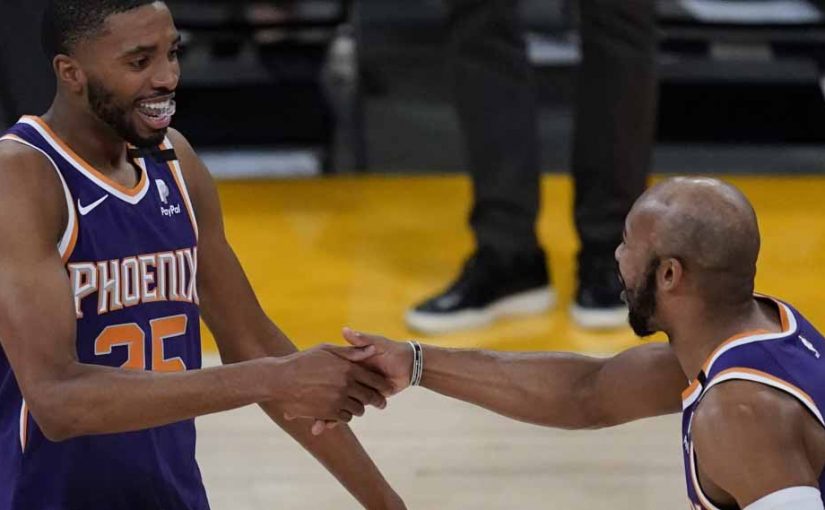 Posted: Friday, June 11, 2021 9:45, EDT
The Phoenix Suns had little trouble winning the first two games of their Western Conference semifinal series against the Denver Nuggets, but NBA oddsmakers slightly favor the Nugs for Friday’s Game 3 as the series shifts to Denver.

How to Bet Suns at Nuggets NBA Odds & TV Info

The Suns did whatever they wanted in the 123-98 Game 2 rout, shooting 47.9 percent from the field, including a stellar 47.4 percent from beyond the arc. Six Suns finished in double digits in scoring, including all five starters. Through the three quarters in which the Suns dominated with their starting crew, the Nuggets hit just 37% of their buckets and went 9-of-32 (28%) from three. “We were just relentless with our effort, our coverage, our communications,” coach Monty Williams said. “Just thought our defense carried us the whole night.” Chris Paul hit 6-of-10 shots for 17 points, five rebounds, 15 assists, a block and zero turnovers. CP3 is just the third player to have a 15-point, 15-assist game with zero turnovers in the playoffs since 1984 and he’s done it three times. Magic Johnson and Jason Kidd are the other guys to do it. Only three players age 35 or older have posted at least 15 points, 15 assists and five rebounds in a postseason game: Paul, LeBron James and John Stockton. Hall of Fame company. By handing out 15 assists Wednesday, Paul pushed his playoff total to 974. That moved him ahead of Lakers legend Jerry West for 14th on the all-time playoff assists list. Paul could jump past Isiah Thomas (987) in Game 3. Deandre Ayton had 15 points and 10 rebounds – he has come out with much more aggression in Round 2, posting double-doubles in each of the first two matchups. Ayton needed only 26 minutes to post his fifth double-double in eight playoff games. Devin Booker had 18 points and 10 rebounds. His relatively low scoring output was a product of the game already reaching blowout status in the third quarter. The second-seeded Suns have been hammering opponents thus far, averaging a 17-point margin of victory throughout this postseason, dropping only two games to the Los Angeles Lakers by an average of just 10.5 points. While only managing the 10th best offensive rating throughout the playoffs, the Suns have managed to stifle opponents, earning them the top defensive rating (104.3) through eight games played.

While Denver played well into the third quarter of Game 1 in Phoenix and led by as many as 10, Game 2 was never in doubt as the Nuggets were routed 123-98. The Nuggets posted the lowest first-half point total by any team in the 2021 playoffs with 42 on 36.7 percent shooting. It didn’t get much better in the final two quarters of the game. Phoenix searingly got whatever it wanted on offense, shooting 47.9 percent from the field – with the same percentage from deep. Coach Mike Malone wasn’t happy. “I felt we quit, which is something you never want to see,” Malone said. “So I guess for Game 3, I’m just going to try to find guys that will at least go out there and leave it all on the line. I may have a hard time coming up with five guys that fill that, but these two games, these second halves have really been disappointing, and that’s an understatement.” One major bright spot was the return of injury from Will Barton, who had 10 points and three assists in 16 minutes. Barton had last played April 23 when he lasted just one minute before injuring his hamstring. Barton was on a minutes limit and should be able to play a bit more in Game 2. Newly-named MVP Nikola Jokic had 24 points, 13 rebounds and six assists. The Suns’ defense swarmed Jokic virtually any time he touched the ball. Through two games, Phoenix has done a good job of limiting Jokic as a scorer. Denver is struggling to find scoring options outside of Jokic, which is limiting his effectiveness. Aaron Gordon did nothing in Game 2 (6/1/0 line), and the Nuggets’ backcourt has been non-existent (nine points from the starters). Playing through a sore back, Michael Porter Jr. had just 11 points and six rebounds in 28 minutes. In order to compete in the series, the Nuggets simply need Porter to step up as a legitimate No. 2 option alongside Jokic. Through two games, the 22-year-old has struggled to do so. The 11 Denver turnovers turned into 12 points for the Suns, who got 14 fast-break points to just eight for the Nuggets. The absence of Jamal Murray (out for season) is clearly being felt, but Denver has no other solution but push the other starters to step up to help Jokic. Game Trends Expert Prediction

Posted: Wednesday, June 9, 2021 9:10, EDT
Bit of a lull in the NBA playoff schedule on Wednesday with just one game as the Phoenix Suns are favored on the NBA odds at home to take a 2-0 lead over Nikola Jokic and the Denver Nuggets in their Western Conference series. How to Bet Nuggets at Suns NBA Odds & TV Info When: Wednesday, 9:30 PM ET Read More

Posted: Thursday, June 3, 2021 9:38, EDT
Despite an incredible performance from superstar Damian Lillard, the Portland Trail Blazers came up short in double overtime at Denver in Game 5 of their Western Conference playoff series. The Blazers are home NBA betting favorites for Game 6 on Thursday, however, to force a Game 7. How to Bet Nuggets at Trail Blazers NBA Odds & TV Info When: Read More

Posted: Monday, May 24, 2021 10:25, EDT
Home-court advantage is already gone for the Denver Nuggets in their Western Conference playoff series vs. Portland after the Blazers won Game 1 in the Mile High City. However, the Nuggets are short home favourites for Game 2 on Monday. How to Bet Blazers at Nuggets NBA Odds & TV Info When: Monday, 10 PM ET Where: Ball Arena TV: Read More

Posted: Wednesday, May 5, 2021 9:48, EDT
The New York Knicks have clinched their first winning season since 2012-13 and are playoff-bound, but they are underdogs for Wednesday’s trip to the very good Denver Nuggets and MVP betting favorite Nikola Jokic. The Nuggets are short favorites on the NBA odds. How to Bet Knicks at Nuggets NBA Odds & TV Info When: Wednesday, 9 PM ET Where: Read More

Posted: Monday, May 3, 2021 12:32, EDT
It’s possible that the Denver Nuggets and Los Angeles Lakers play in a marquee Western Conference first-round series. They conclude their regular-season series on Monday in Los Angeles with the Nuggets as favorites on the NBA odds. Will LeBron James play? That’s the big question. How to Bet Nuggets at Lakers NBA Odds & TV Info When: Monday, 10 PM Read More

Posted: Wednesday, April 28, 2021 12:51, EDT
They say that the big man is a thing of the past in the NBA. With today’s game trending towards the “positionless basketball” movement and the three-pointer being a dominant part of NBA offenses, many feel that there is no longer a need for the traditional center in the league. Even though roles have changed, the big man is still Read More

Posted: Friday, April 23, 2021 9:42, EDT
Steph Curry has been on a crazy-hot scoring run for the Golden State Warriors, and he returns home on Friday night for a nationally televised matchup against the Denver Nuggets in a potential Western Conference first-round playoff preview. The Nuggets opened as 3-point favorites on the NBA odds. How to Bet Nuggets at Warriors NBA Odds & TV Info When: Read More