The NBA’s Eastern Conference Finals tip-off from Miami on Tuesday night with the Heat as short favorites against the Boston Celtics, who actually are favored to win the series despite not having home-court advantage.How to Bet Celtics at Heat NBA Odds & TV Info When: Tuesday, 8:30 PM ET Where: FTX Arena TV: ESPN Stream: ESPN app Radio: Tunein. 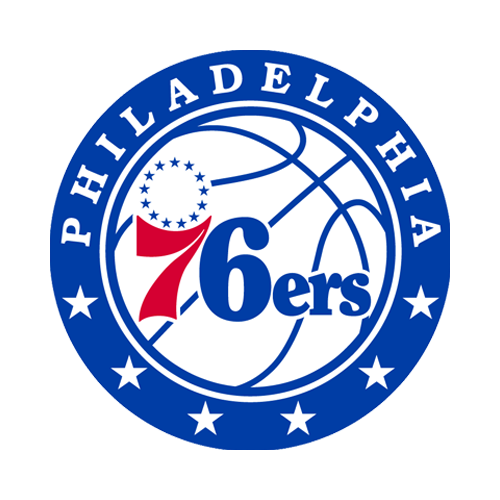 The home team has won every game in the Eastern Conference first-round series between the Philadelphia 76ers and Miami Heat, and NBA oddsmakers expect that trend to continue in Game 5 back in Miami on Tuesday.

How to Bet Sixers at Heat NBA Odds & TV Info

The Sixers took Game 4 116-108 at home on Sunday. The Sixers led the Heat 64-56 at halftime, and 89-85 after three quarters. James Harden put together a game-clinching fourth quarter for the home team, connecting on four of his six total 3-pointers and scoring 16 of his game-high 31 points in the frame. Harden took just 18 shots in Game 4, but that was enough as he scored or assisted on 54 of the 98 points (55%) the Sixers scored while he was on the court. The 16 points Harden scored in the fourth quarter were his second-biggest scoring output in a quarter in his 143 playoff appearances.

The Heat have pressured Harden throughout this series by denying him space to operate, especially when Joel Embiid is not on the court. In the first two games, which Embiid missed with a concussion and a broken orbital bone, Miami swarmed Harden with multiple defenders or threw a zone at him to muck up the Sixers’ offense. That’s not working with Embiid back.

“Just took what the defense gave me,” said Harden after Game 4. “Same shots, just made some. Nothing really changed, man, I just made some shots. Obviously, that’s a game-changer, but just being aggressive. And that group that started the fourth quarter did a really good job of pushing the lead up and doing what we’re supposed to do.”

If this version of Harden shows up nightly, the Sixers are a strong championship contender. Harden’s step-back jumper, burst, ability to the drive in the paint, and lethal three-point stroke paired with his playmaking skills opens up a different dynamic for the Sixers’ offense.

Embiid notched his seventh double-double in eight appearances this postseason, finishing with 24 points and a game-high 11 rebounds in 38 minutes. Danny Green went 3-for-4 from downtown and finished with 11 points, two rebounds, one assist, two steals, and one block in 24 minutes as a starter.  All five 76ers starters, plus Georges Niang off the bench, scored in double figures in the win.

Why Bet on Miami?

“He made everything,” Sixers coach Doc Rivers said after Butler had 40 points in Game 4. “You know what he did tonight? He went left a lot. That’s something that, in the past, he’s really not done. So, we’re gonna have to figure that one out because he was tough, and he scored on everyone. He didn’t care who it was — he was scoring.”

Butler is just third player in Heat postseason history to score at least 30 points in consecutive games, joining only Dwyane Wade and LeBron James. Butler is also averaging 2.38 steals this postseason, most of any player.

Kyle Lowry missed the first two games with a hamstring injury and has scored a total of six points on 3-of-14 shooting (0-of-8 3-pointers) in 55 minutes in two games. Lowry reportedly re-injured his hamstring in Game 4 and is questionable for Tuesday.

Heat center Bam Adebayo said Lowry’s court IQ would be missed the most if he can’t play.

“That’s one of his biggest assets to me,” Adebayo said. “His IQ, just talking through the game, talking to him, seeing how he sees the game, he makes all of us better just by just communicating.”

Duncan Robinson could see more playing time if Lowry is out. Robinson then went from playing a consistent role off the bench to being completely out of the Heat’s rotation to begin this playoff series. The Heat have opted to use a four-man bench rotation of Tyler Herro, Dewayne Dedmon, Victor Oladipo and Caleb Martin through the first three games of the second round.

The Heat have had five different leading scorers in their nine postseason games. Miami has currently won eight-straight home games, including the last three of the regular season and all five in the postseason.

Posted: Tuesday, May 10, 2022 10:48, EDT
The home team has won every game in the Eastern Conference first-round series between the Philadelphia 76ers and Miami Heat, and NBA oddsmakers expect that trend to continue in Game 5 back in Miami on Tuesday. How to Bet Sixers at Heat NBA Odds & TV Info When: Tuesday, 7:30 PM ET Where: FTX Arena TV: TNT Stream: TNT app Read More

Posted: Friday, May 6, 2022 8:42, EDT
The Miami Heat had no trouble winning the first two games of their Eastern Conference playoff series against the Philadelphia 76ers, who were without superstar Joel Embiid. The big question is whether he plays in Game 3 on Friday as the series shifts to Philly. The Heat are short favorites on the NBA odds. How to Bet Heat at 76ers Read More

Posted: Wednesday, May 4, 2022 9:18, EDT
The Philadelphia 76ers played Game 1 of their Eastern Conference playoff series without star Joel Embiid and the Miami Heat played without top point guard Kyle Lowry. The Heat won fairly easily and both players will sit again Wednesday, with the Heat solid favorites on the NBA odds. How to Bet Sixers at Heat NBA Odds & TV Info When: Read More

Posted: Monday, May 2, 2022 9:44, EDT
The Philadelphia 76ers will be without superstar Joel Embiid, the NBA scoring champion, for Game 1 of their Eastern Conference semifinal series in Miami on Monday. That jumped the NBA odds to Miami -7.5. How to Bet Sixers at Heat NBA Odds & TV Info When: Monday, 7:30 PM ET Where: FTX Arena TV: TNT Stream: TNT app Radio: Tunein.com Read More

Posted: Thursday, April 28, 2022 9:45, EDT
The Toronto Raptors are down 3-2 in their Eastern Conference first-round playoff series vs. the Philadelphia 76ers, but the Raptors have the momentum and are back at home for Game 6 on Thursday. Philly is a short favorite on the NBA odds. How to Bet Sixers at Raptors NBA Odds & TV Info When: Thursday, 7 PM ET Where: Scotiabank Read More

Posted: Monday, April 25, 2022 7:11, EDT
Round 1 of the NBA playoffs is drawing to a close, with several series on the brink of coming to an end over the next couple of nights. There are still plenty of betting opportunities available before we head into the second round, and that is what we are going to focus on here. Specifically, we are going to look Read More

Posted: Friday, April 22, 2022 2:10, EDT
The Boston Celtics, Philadelphia 76ers, and Miami Heat are rolling while the Milwaukee Bucks and Brooklyn Nets could be in some trouble. After a couple of games in the NBA Eastern Conference Playoffs first round, almost nothing has been decided. That’s a good thing because it means odds on some teams to win the conference remain at an overlay number. Read More

Posted: Wednesday, April 20, 2022 12:02, EDT
In looking at the Eastern Conference playoffs, there are five teams who have a legitimate shot of winning the conference championship. This conference was highly contested up until the final regular-season game. One of the top contenders will be eliminated after the first series, but we could have a great set of semifinals matchups. Let’s take a look at the Read More