NFL News and Rumors
The red-hot Kansas City Chiefs will look to extend their winning ways when they visit the reeling Baltimore Ravens in an NFL betting Week 15 AFC pairing that looks more like lop-sided affair just waiting to happen. Nevertheless, this contest, which gets underway live from M&T Bank Stadium on Sunday at 1:00 PM ET is offering a ton of value. Now let’s find out why!

Crockett Gillmore could be headed for injured reserve: https://t.co/KDQwwdi75n pic.twitter.com/aY92RkjhHk

When: 1:00 PM ET, Sunday, December 20, 2015 Where: M&T Bank Stadium, Baltimore, Maryland FL Odds: Kansas City -7.5 Over/Under: 41.5 Watch Online HereThe NFL Week 15 odds have the visiting Chiefs as 7.5-point favorites to beat the Ravens just as they opened. If you want to bet the O/U the game total is sitting at 41.5 points after opening at 43. The money favors the Chiefs at -302 while you can cash in at +275 if you back the Ravens. Now…happy hunting! Why Bet The Baltimore Ravens Odds at +7.5Because they’re playing at home…Look, outside of the fact that they’re playing at home, there really is no reason to back the Baltimore Ravens in this contest.Baltimore (4-9 SU, 3-8-2 ATS) has lost two straight games without starting quarterback Joe Flacco and looked completely incompetent in their humbling 35-6 smackdown against Seattle last weekend while never coming close to covering the NFL betting line as a 10.5-point home underdog.Things are so bad with veteran quarterback Matt Schaub that the Ravens signed free agent signal-caller Ryan Mallett as insurance, for whatever reason. The Ravens have lost 10 of their last 14 games in what has turned out to be a nightmare season for the perennially-winning franchise.“We’re going through a real painful, tough season,” Harbaugh said Monday. “It just sticks in your craw. It’s like you have a cannon ball in your gut. That’s how we feel right now.“We just cannot find a way to pull ourselves out of this from the win/loss perspective. And that’s challenging, that’s tough.”The Ravens average 21.4 points per game and allow 25.2 per contest defensively. 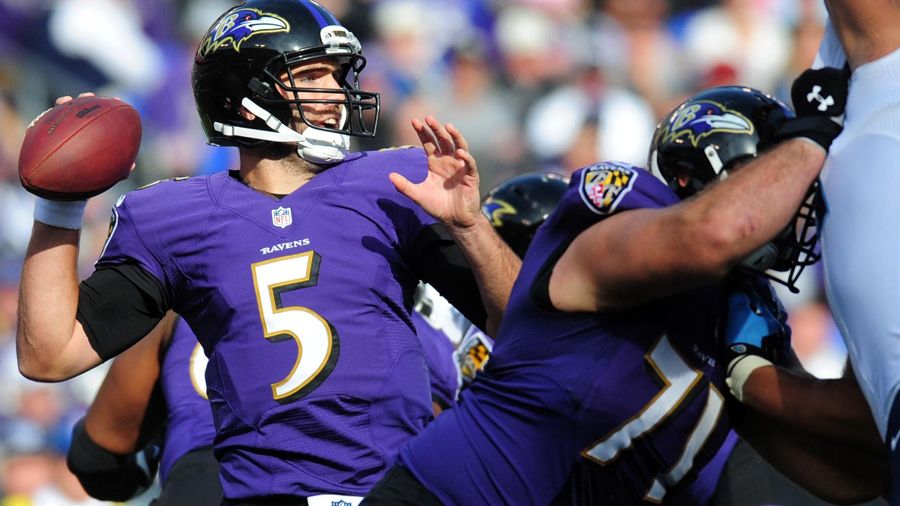 Why Bet The Kansas City Chiefs Odds at -4

Because they’re on fire – and superior on both sides of the ball! Kansas City (8-5 SU, 7-6 ATS) has won seven straight games including its hard-fought 10-3 win over San Diego despite failing to cover the spread as an 11.5-point home favorite as I predicted.The Chiefs have overcome the loss of their best player in dual-threat running back Jamaal Charles to dig out of a 1-5 hole and now find themselves in the midst of a race for one of two wild card spots in the AFC.With their latest victory, Kansas City became just the second team in NFL history to win at least seven consecutive games following a five-game losing streak in the same season, joining the 1970 Cincinnati Bengals.Quarterback Alex Smith has been masterful this season in throwing for 3,034 yards with 15 touchdowns and just four interceptions.“You can obviously rely on Alex; he’s a great weapon,” Kansas City right tackle Jah Reid said. “He gives us another leg up. He just has incredible poise in the pocket and makes excellent reads. He knows just when to pull down the ball and run with it.”The Chiefs average 25.5 points per game and limit their opponents to just 18.7 per contest defensively.

The Chiefs are on absolute fire right now NFL gridiron gamblers!The Baltimore Ravens have given away the ball 23 times this season, accounting for 88 points, which ranks as the second-most in the league coming into this contest. The Chiefs have an insane, league-leading point differential of plus-120 over the past seven games. Kansas City is 6-1 ATS in its last seven games, 5-1 ATS in their last six games following a straight up win and a bankroll-boosting 8-3 ATS in their last 11 games against a team with a losing record.Conversely, Baltimore is just 3-8-2 ATS in its last 13 games, 2-6-1 ATS in their L/9 games against their AFC counterparts and a winless 0-8-1 ATS in their last nine home games.Kansas City wins going away.My final score prediction is Kansas City 24 Baltimore 10
Older post
Newer post