NFL News and Rumors
While it is Carson Palmer, Larry Fitzgerald and the rest of the Arizona Cardinals’ explosive offense that gets the lion’s share of the national media spotlight, make no mistake about it, Arizona’s lockdown defense could end up being the No. 1 reason the Cardinals fulfill their Super Bowl hopes and dreams.Now, let’s take a look at the Cardinals’ stingy defense.

“When they step on the field there’s not a team better than them.” : https://t.co/pOsyc268mT #BeRedSeeRed pic.twitter.com/GM5pZmlX2d

Justin Bethel may not be a household name, but he should be after making three straight Pro Bowls as a special teamer. Bethel recorded a team-high 13 special teams tackles this season and forced two special fumbles, despite playing more in Arizona’s defensive packages than his first two seasons. Bethel signed a three-year contract extension earlier this month, so he’ll be with Arizona for the foreseeable future at the very least. 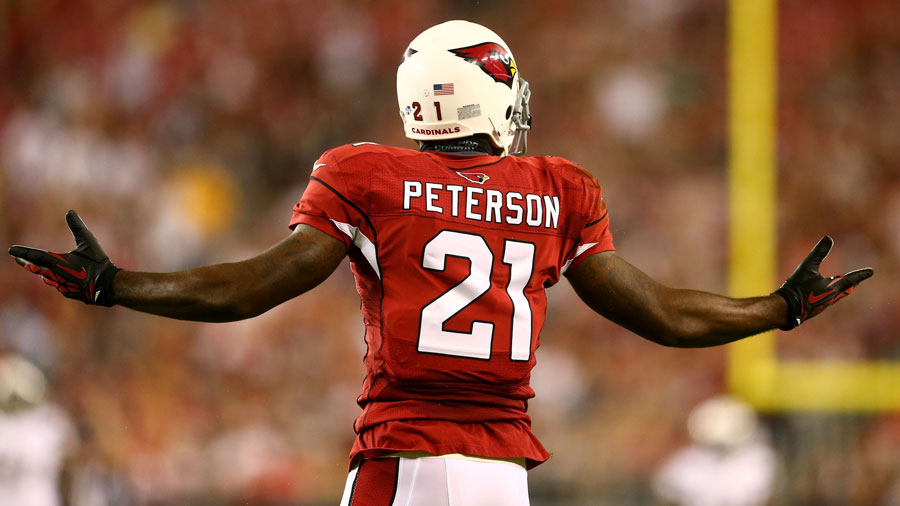 Peterson has made the Pro Bowl all five seasons of his career by routinely shutting down opposing wide receivers. While Peterson only had two interceptions this season that is mostly because opposing quarterbacks choose to not throw in his direction very often. Peterson has only been thrown at 57 times in 14 games, allowing only 26 catches for 327 yards and one touchdown.

Campbell had 59 tackles to lead Arizona’s defensive line in that category while adding 2.5 sacks, 13 quarterback pressures and a dozen quarterback hits all while routinely stuffing opposing running backs from getting to their intended destinations.

While Tyrann Mathieu will give up his spot in the Pro Bowl because of his late season ACL tear, the third-year star has been absolutely fantastic for the Cards this season while simultaneously becoming one of the game’s best role models for redemption following a bout with substance abuse that he has clearly overcome. Mathieu picked off a career-highfive passes this season while recording an impressive 89 tackles while putting his name briefly into the Defensive Player of the Year conversation.The Cardinals ranked fourth in turnover differential at plus-nine while ranking second to Carolina in total takeaways with 33. Arizona gave up 20 points or less a whopping 10 times during the regular season while limiting the opposition to 13 points or less four times.Again, while Arizona’s offense gets the majority of love from the national media, it is their outstanding defense that could be the reason they win Super Bowl 50!
Older post
Newer post