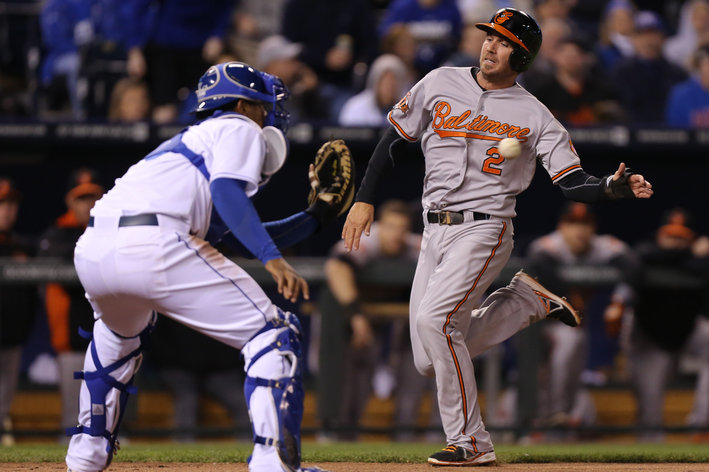 MLB Betting News
Against the predictions and what many baseball fans thought at the beginning of the 2014 MLB postseason, it will be the Kansas City Royals and Baltimore Orioles who will duke it out for the American League Championship Series. Both teams had what could best be described as fairytale seasons, especially when you consider that neither have had much in the way of playoff success in recent years. There’s much to be decided yet, and as we get closer to the first game of the championship series, it is time to check the MLB betting preview, listed pitchers and other info heading to Game 1.

It was something of a surprise to see both teams sweep their rivals, with the Orioles out-slugging the Tigers by a total of 11 runs over the 3 games. After a tight win over the Oakland A’s in the AL Wild Card, the Royals clinched their pass to the Divisional Series for the first time since 1985, moving to the Divisional Series where they swept the betting favorite Anaheim Angels. You might look at the O’s power as the reason for their success so far, but it’s fair to say that both have been the beneficiary of solid pitching. The Royals are expected to send James Shields to the mound for Game 1 of the series, despite the fact that he hasn’t really done much to live up to his “Big Game James” moniker. He would actually have had the Wild Card loss were it not for some late inning dramatics. That would lead you to believe that the Orioles may well have the edge in Game 1. Chris Tillman will open against the Royals. Tillman has been lights out during the last 2 months of the season, posting a 6-1 record and an anemic 2.14 ERA. The starters order will likely be filled in depending on how Game 1 goes. Both teams are well rested, which means the managers can get into more of a chess match. If the Orioles are to get the ALCS job done with their bats, they will need Nelson Cruz to continue his current hot streak and outscore the Royals. Cruz has been on fire in the postseason, going 6-12 with a pair of homers and 5 RBI. The Orioles had the edge over Kansas City in regards offense during the regular season, with Kansas City actually the only team in baseball not to cross the 100 home run mark for the season. While that might suggest a little bit of smoke and mirrors on their part, they do have a hitter to reckon with in the form of Alex Gordon, who was an instrumental piece in the sweep against the Angels, hitting .300 for the series and driving in 4 runs in the process.

These two teams didn’t play a whole lot during the regular season, but the Royals came out with a 4-3 edge in game in those they did play. The Orioles are now the favorites to represent the AL in the World Series, but I wouldn’t count out the plucky Royals. But while the home advantage didn’t mean much in the previous games of the posteason, I personally think the Orioles will take the first game of the series at home.
Older post
Newer post