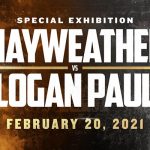 After the biggest buildup for an exhibition bout in history, YouTube star Logan Paul, 3-0 undefeated boxer Jake Paul’s older brother, steps into the ring against one of the greatest pugilists in history, Floyd “Money” Mayweather Jr. The time for talk is over. Last week we ran through the best prop bets. Floyd Joy Mayweather Jr. is an American former professional boxer that competed between 1996 and 2015, and let's remember the celebrity-fight comebacks in 2017 against Conor McGregor and 2021 vs 50lb heavier and 20 year younger Logan Paul.

A date and location for the Iron Mike versus Logan fight has yet to be announced. Although most believe the fight will happen, there are specifics to hash out such as whether the participants will allow a knockout, how many rounds for the fight, and if judges will score the bout. But although that’s true, boxing fans and analysts feel the fight will happen. Check out updates on boxing’s most intriguing future fight so you can continue planning your bets against the Boxing Lines.

One of the reasons some are saying Logan ditches the possible fight with Iron Mike is because Paul challenged Tyson Fury to a mixed-martial arts battle. If you don’t know, Logan is an accomplished MMA fighter.

He knows what he’s doing. Paul is trained in grappling, wrestling, and other MMA disciplines. The fact he’s challenging Fury, the heavyweight boxing champion of the world, means Logan wants to change the narrative.

Does Logan’s challenge to Fury mean the fight with Iron Mike is off?

It could. Like everyone else, Paul saw Tyson’s recent training video where he showed the type of speed often reserved for boxers half his age. Iron’s Mike doesn’t look like a slow, old man.

But, then again, Logan could just be trying to get under Fury’s skin. Tyson’s brother, Tommy, fights Logan’s brother, Jake, in December. If Jake wins, Logan will ratchet up the trash talk with Fury to see if there’s any possible way the accomplished pugilist steps into the ring for a mixed-martial arts fight.

The chances of Tyson Fury doing that, no matter what happens to Tommy, is close to zero. So Logan is wasting his breath. The Paul brothers are master self-marketers, though. So Logan won’t give up on an MMA fight against Fury unless he knows it’s impossible for one to happen.

Joe Rogan breaks down the potential Tyson versus Logan bout

In his podcast, Joe Rogan said he doesn’t believe Logan is really going to fight Mike Tyson. Although Rogan said Tyson isn’t in as decent shape as Floyd Mayweather, he believes Tyson will hit Logan.

If that happens, Rogan implied Paul could be in some trouble. The fact of the matter is that Tyson can knock out most people, no matter their size, with his jab.

One thing about Iron Mike, is that he turns his feet. Cus D’Amato trained Mike in the early years, which means Tyson knows the fundamentals. That’s all he’ll require to land a glove on Logan.

Paul knows this, which is why he might be wavering and trying to angle for an MMA bout versus Fury. But dollar signs speak to both brothers. So there’s still a good chance, Iron Mike Tyson and Logan Paul step into the ring against each other.

Posted: Wednesday, November 27, 2019 11:02, EST
Per TMZ, Floyd Mayweather plans on a comeback in 2020. Will Floyd show up in the boxing ring? UFC’s Octagon? Or, will he end up ruling Bare Knuckle Championships? Also, who will Floyd fight in his first comeback battle? Check out the  latest Floyd Mayweather odds and analysis! Floyd Mayweather 2020 Comeback Odds & Predictions Floyd Mayweather’s Next Fight Will Read More

Mayweather Reigns in Biggest Sports Betting Event of All Time

Posted: Sunday, August 27, 2017 2:26, EDT
LAS VEGAS (Aug. 26, 2017) – On a record-breaking night at T-Mobile Arena in Las Vegas, in the biggest sports betting event in history, Floyd Mayweather, Jr. sealed his legacy as boxing’s greatest pound-for-pound fighter by dispatching Conor McGregor in methodical fashion with a tenth-round TKO. Thank you everyone in Las Vegas and everyone at home who ordered PPV. Thank Read More

Posted: Friday, August 25, 2017 10:15, EDT
Likely one of two things is going to happen Saturday night from T-Mobile Arena in Las Vegas: Either the Mayweather vs. McGregor fight will be fantastic, lead to a rematch and change the sports of boxing and MMA forever; or it will be a boring farce and we won’t see an MMA fighter going into the ring again anytime soon – Read More

Counting Ways For Betting on Mayweather vs. McGregor in the Next Fight

Posted: Friday, August 25, 2017 9:45, EDT
If you’re gearing up for Saturday’s quickly approaching mega-fight between undefeated five-division boxing champion Floyd Mayweather Jr. and reigning UFC welterweight champion Conor McGregor and you want to know all about the multitude of ways you can bet on the intriguing matchup, then consider your ticket punched. Here’s the rundown on each and every way possible for you to bet on Read More

Posted: Wednesday, August 23, 2017 12:45, EDT
Las Vegas has hosted more than its fair share of prize fights over the years, but this coming Saturday, August 26, the city in the desert will host an event that is unlike anything we have ever seen before. Saturday night is when unbeaten Floyd Mayweather will take on the unlikeliest of opponents in the form of Conor McGregor, a Read More

Not Loving Mayweather vs. McGregor odds? Check this Props Instead…

Posted: Wednesday, August 23, 2017 11:06, EDT
If you’re thinking about placing a wager on the quickly approaching Floyd Mayweather vs Conor McGregor ‘super-fight’ but you’re not loving the insanely high odds on the bout that have Mayweather as a -600 favorite, then you should know that there’s more than one way to skin that proverbial cat – or in this case – cash in on what Read More

Posted: Thursday, July 27, 2017 2:45, EDT
While no-one really knows what is going to happen in the Floyd Mayweather and Conor McGregor fight until they go toe to toe in Vegas on August 26th, we do know that an awful lot of money is going to be wagered on the bout for boxing props. This is a fight that has drawn the interest of people who Read More

5 Facts Every Bettor Needs to Know About Floyd “Money” Mayweather

Posted: Wednesday, July 5, 2017 2:45, EDT
With both, boxing and mixed martial arts fight fans waiting in anticipation for the August 26th  matchup between undefeated future Hall of Fame boxer Floyd Mayweather Jr. and reigning UFC lightweight champion Conor McGregor, there are a few key facts and stats that every boxing betting fan needs to know about the undefeated five-division boxing legend prior to their highly-anticipated Read More

Reasons Why Conor McGregor Has No Chance To Beat Floyd Mayweather

Posted: Thursday, June 29, 2017 11:17, EDT
We are now less than two months until either the Fight or Farce of the Century as UFC star Conor McGregor takes on unbeaten boxing legend Floyd Mayweather on Aug. 26 in Las Vegas. Few are giving Conor McGregor much of a chance, and he’s a +515 underdog at MyBookie. Here are some reasons why McGregor can’t win. Reasons Why Read More
View Full Boxing 2020 Archive