I’ll never forget the day I learned all about teaser bets – because it changed my life forever! Sure, learning all about the fun-filled – and bankroll-boosting ways – of the teaser betting world wasn’t quite as thrilling as having my first child, but I’ll admit… It sure comes close!

All attempts at humor aside, learning about teaser betting really did turn my once-positive NFL betting routine into one that became my preferred method for betting on NFL games while virtually doubling my annual betting income.

Now, that you know my tale and history with NFL teaser bets, let’s learn all about arguably my favorite means of betting on pro football. An NFL teaser wager is a combination of two to ten (2-10) wagers in which you get to adjust the point spread or total in your favor in exchange for a lower payout. When you make a teaser wager that includes an ATS point spread, you can either decrease the spread for the favorite or increase the odds for the underdog. When your teaser includes an Over/Under Total, you can either increase or decrease the Total. A teaser bet is similar to a parlay in the sense that the bet is dependent on all of the wagers winning.

How do teaser bets work?

Let’s say you are playing are a two-team, six-point teaser, such as the example below.

“I believe that we have a hard working football team.” WATCH: http://t.co/UIFNPqkkrX pic.twitter.com/IgcerYqYs3

As you can see, by moving both lines by a whopping six points, you increase your chances of winning significantly. Now, you could also take the Texans at +12.5 or Cardinals at +9 if you like both underdogs, but either way, you are increasing your chances of cashing in with a pair of wise wagers.

Placing a teaser wager on the Over/Under Total on any given NFL game is another sure-fire means to making winning wagers. With an Over/Under teaser, the bettor generally gets to shift the line by seven points instead of six on an ATS teaser.

Let’s say the total for the Cowboys and Eagles is set at 45 and the O/U line for the Saints and Falcons is set at 52. If you want to take the Over on the Cowboys-Eagles matchup, then you will lower the O/U Total to 45 points. If you like the Under on the Saints-Falcons affair, you would then raise that total to 59 points.

What if I Push a pick in a teaser, what happens to my other games?

Simply put, let’s say you make a four-game teaser and there’s a push, then it becomes a three-team teaser, and the odds adjust accordingly. Remember, that a push in a two-team teaser simply becomes an overall push because you have to correctly hit both picks.

What is a ‘sweetheart’ teaser? 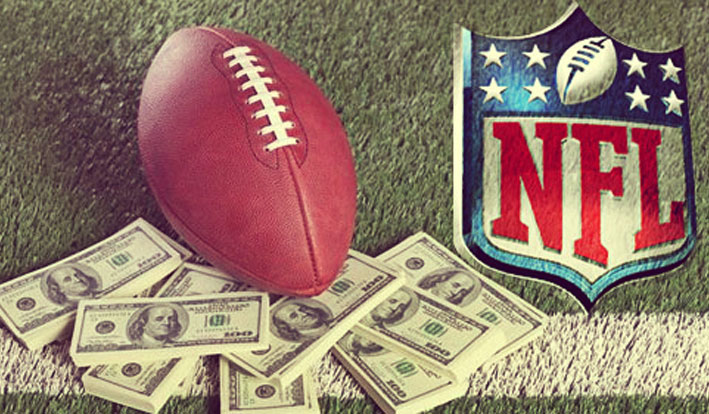 In a sweetheart teaser, you can shift the line by 10 to 13 points in football (nearly two touchdowns). However, bear in mind, there are a handful of differences with a sweetheart teaser. While regular teasers can include up to 10 teams, a sweetheart can only include either three or four teams. Also, if any of your selections results in a push, you lose the entire sweetheart wager.

Now that you know all about making an NFL teaser wager, it’s time to head to the mybookie.ag sportsbook and rock the house!