Obviously, one of the most common wagers on NFL betting involves choosing which side will win. Unless the matchup is extremely close, there is a point spread involved in this bet. If you see a line such as this for a game (San Diego +8 at Chicago), then Chicago is favored to win the game by 8 points. If you choose Chicago, but they only win 21-14, you lose – because they didn’t cover the point spread. If you choose San Diego, they can still lose by a touchdown and you would still win the bet. The purpose of the point spread is to get as close to half of the betting action on each team, to make things even out more for the bookmakers.

Point spread betting can become extremely interesting as the game gets close to the end in the fourth quarter. If the difference between teams is close to the line, then a last-minute score can change the gambling outcome for the bettor, even if it doesn’t influence the actual outcome of the game in terms of winning and losing for the two teams.

Along the way, though, there are several other types of proposition or side bets that you can place during a game, either looking online for a sports book or with your friends as you sit around and watch the game. Here are some to consider.

Let’s say that you’re watching the New York Jets in a mid-season game next year. Geno Smith has been scuffling along and has the Jets at a 2-4 record. The calls from the fans are coming for Bryce Petty, the Baylor phenom, to go ahead and come off the bench. If you’re having some friends over for a Sunday football watching party, one of the side bets you could put up could include whether Petty will finally make an appearance. You could also include an over/under for the number of Geno Smith interceptions that game.

If you’re a Cowboys or Eagles fan, you most likely have a strong opinion about the move of DeMarco Murray from Dallas to Philadelphia. You could offer as a side bet which running back will get more yards – Murray or whomever the Cowboys end up bringing in as his replacement, whether it stays Darren McFadden or becomes Adrian Peterson. You could also offer bets as to which back gets more touchdowns, either in a game or over the course of the whole season. 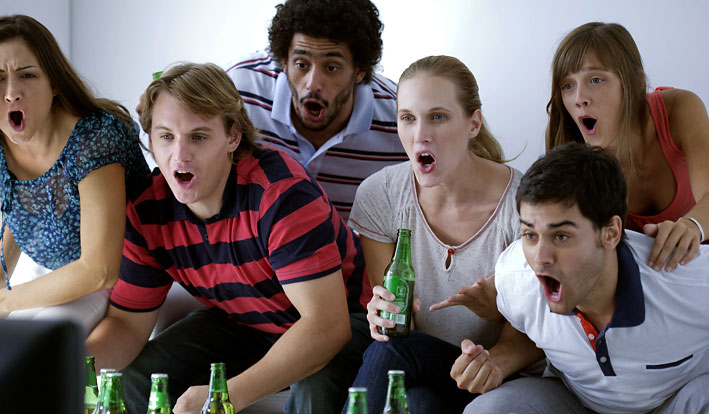 Are you hosting a watching party for a close divisional rivalry, such as the Ravens and the Steelers? You could offer a wealth of side bets, such as which team will score first, which team will have the first turnover, and (particularly popular with Super Bowls) a pool that has the last digit of both team’s scores at the end of each quarter.

If you’re watching a game that has Troy Aikman and Joe Buck as the announcing team, you could set over/under odds for such wagers as how many times Troy will use one of his signature phrases, such as “Well, Joe, that’s totally right” or “I totally agree.” If you’ve watched this pair, then you know that Aikman ways these phrases many times over the course of a game.

If you’re wanting to keep the wagers friendly, rather than monetary, you can also have people down a beer or a shot when a particular event happens during the game. While you’ll probably want to have a big pot of coffee brewing in the fourth quarter if you do this, it’s another way to keep the action interesting, even when not everyone gambles.