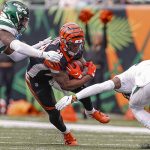 Often, the best way to go about handicapping NFL games is to look for the sure-fire losers. Every NFL Week this season, losing plays jump out at us. NFL Week 8 is no exception. Check out the top five teams that are almost guaranteed to lose against the spread so you can bet against their NFL odds. Sure Losers for Week 8 of the 2021 NFL Regular Season 2021 NFL Week 8 When: Thursday, Oct.

Posted: Tuesday, October 26, 2021 6:32, EDT
Every week, huge betting mismatches happen in college football. Week 9 is no different. Starting on Thursday when Coastal Carolina takes on Troy, some teams aren’t getting close to the attention from oddsmakers that they should. Keep reading for NCAAF Week 9’s top betting mismatches so you can get all set to bet against the NCAAF odds.  NCAAF Betting Predictions Read More