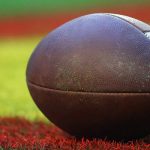 This week’s AP Top 25 Poll has been released, and for the first time in a few weeks, there was a very little movement within the Top 10. We’re going to give you a brief analysis of each team and then we’ll give you a game involving a ranked team to bet on. Let’s take a look at this week’s Top 10 so you can continue making your bets against their College Football Betting Odds. 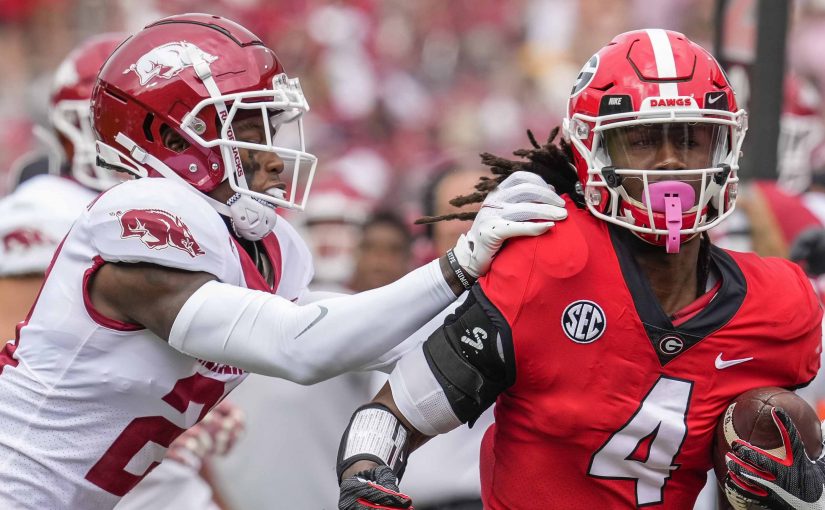 Another week, another ranked showdown in the all-powerful SEC as No. 2 Georgia visits No. 18 Auburn in a potential conference championship preview – although Saturday’s loser will have much tougher sledding to get there. The Dawgs are solid favorites on the NCAAF odds in the Deep South’s oldest rivalry.

In 2020, Georgia was ranked No. 4 when it beat No. 7 Auburn 27-6 in Athens. Dawgs QB Stetson Bennett completed 17 passes on 28 attempts, totaling 240 yards with a touchdown in his first career start. Kearis Jackson had nine catches and 147 yards. Zamir White recorded 88 yards on 19 carries and two touchdowns. Georgia totaled 442 net yards. The defense limited Auburn to 216 yards including only 39 on the ground and didn’t allow the Tigers in the end zone.

The Dawgs (5-0) are absolutely dominating defensively this season and crushed No. 8 Arkansas 37-0 last Saturday despite playing without starting QB JT Daniels. Stetson Bennett was making his second start of the season in place of the injured Daniels but threw for just 72 yards as he wasn’t asked to do much.

Zamir White led Georgia’s ground attack with 16 carries for 68 yards and two rushing touchdowns. James Cook had 87 yards on 12 carries, and Kendall Milton and Kenny McIntosh combined for 105 yards on 23 attempts, and Milton scored on a 1-yard run.

In UGA’s second straight shutout, Arkansas didn’t reach 100 yards of total offense until the final minute of the third quarter and finished with 156 yards, while the run-first Bulldogs ended up with 273 on the ground and 345 total yards. Arkansas had not allowed any points in the first quarter, outscoring their foes 34-0. Georgia led 21-0 after the first. It marked the first shutout in the series history with Arkansas and the largest margin of victory with the series going back to the 1969 Sugar Bowl.

Georgia leads the nation in scoring defense giving up just 4.6 points per game. Iowa is next at 11.6 p/g. The defense has allowed just one touchdown, and it came in the fourth quarter versus South Carolina with the Bulldogs leading 40-6. Georgia leads the SEC and ranks fifth nationally in red zone defense. Opponents have advanced to the red zone only five times this season resulting in three field goals, one missed field goal and turning it over once on downs.

Georgia opponents have scored just 23 points this season. That five-game tally is the lowest since 1937 when the Bulldogs had allowed just 14 points through five contests. The Bulldogs lead the country in total defense, allowing just 178.6 yards/game.

As of this writing, it’s not clear if Daniels will play this week. Daniels was in uniform against the Hogs but did not play after testing his right lat injury in pregame warm-ups. Bennett, a senior, has completed 29 of 41 passes for 515 yards with six touchdowns and two interceptions in four games, including two starts.

Saturday will mark the 126th meeting between Georgia and Auburn, making it the second most played active series in the NCAA FBS trailing only Wisconsin-Minnesota (130 entering 2021). For only the second time since 1936, Georgia and Auburn will renew their rivalry outside of the month of November.

Auburn (4-1) won 24-19 at LSU last Saturday. Bo Nix passed for a touchdown and ran for a score and Jarquez Hunter scored on a 1-yard run with 3:11 left to give Auburn its first lead. Hunter capped a 92-yard drive with that TD. Hunter’s 44-yard run was the drive’s key play. The freshman rushed for 65 yards on six carries. Hunter has been explosive in limited opportunities for Auburn thus far, averaging 11.0 yards per carry to go with three rushing touchdowns.

Nix completed 23 of 44 passes for 255 yards and a touchdown and added 74 rushing yards and a TD on 12 carries. Nix was named the starter, pulled for a drive in the second quarter in favor of T.J. Finley, and then returned.

Bydarrius Knighten intercepted LSU on fourth-and-6 with 1:09 to play to secure Auburn’s first victory at Tiger Stadium since 1999.

Auburn is tied for sixth nationally having allowed only three sacks this season, including three games not allowing a sack. The Tigers’ 200 points are the seventh-most scored through the first five games of a season in program history; the highest total was 218 points in 1995.

Posted: Wednesday, October 6, 2021 9:14, EDT
Another week, another ranked showdown in the all-powerful SEC as No. 2 Georgia visits No. 18 Auburn in a potential conference championship preview – although Saturday’s loser will have much tougher sledding to get there. The Dawgs are solid favorites on the NCAAF odds in the Deep South’s oldest rivalry. How to Bet Georgia at Auburn NCAA Football Odds & Read More

Posted: Thursday, November 26, 2020 8:09, EST
Arguably the best rivalry in college football is renewed on Saturday in the Iron Bowl as No. 22 Auburn looks to knock top-ranked Alabama from the ranks of the unbeaten, but the Crimson Tide are heavy favorites on the NCAAF odds even though coach Nick Saban is out after testing positive for COVID-19. How to Bet Auburn at Alabama NCAA Read More

Posted: Thursday, May 14, 2020 5:06, EDT
Auburn has had three Heisman Trophy winners but not since Cam Newton in 2010. Could sophomore QB Bo Nix join the fraternity this year? Here are two props available to wager at Mybookie on Nix’s Heisman Trophy chances and Auburn’s 2020 college football season – assuming there is one – and an overview. Bo Nix Heisman Trophy Odds & Analysis Read More

Posted: Tuesday, December 31, 2019 9:18, EST
It was a historically good season for Coach PJ Fleck at Minnesota, and the No. 18 Golden Gophers look to close the campaign in style when they take on No. 12 Auburn in the Outback Bowl on Wednesday. The Tigers are TD favorites on the Mybookie NCAAF odds. How to Bet Minnesota vs Auburn 2019 Outback Bowl Odds & Game Read More

Posted: Friday, November 29, 2019 2:20, EST
As we head into the final week of the regular season and the penultimate game before conference championship weekend, there are still several teams holding out hope of a playoff spot. No team in the top 4 at the moment can really be considered safe, especially if the drop a game over the next couple of weeks. We really have Read More

Posted: Wednesday, November 20, 2019 10:36, EST
There’s no question that No. 16 Auburn will beat FCS cupcake Samford on Saturday as huge college basketball betting favorites, but the Tigers might not be all that interested in the game as they look ahead to their Iron Bowl showdown next week against bitter rival Alabama. Samford vs Auburn 2019 College Football Week 13 Lines & Expert Prediction When: Read More

Posted: Thursday, November 14, 2019 3:05, EST
After reaching the top four in this week’s College Football Playoff rankings, the fourth-ranked Georgia Bulldogs will look to stay on track to reach the CFP when they visit the 12th-ranked Auburn Tigers in their huge Week 12 SEC showdown. While Auburn won’t reach the final four and Georgia has a ton to play for right now, let’s find out Read More

Posted: Friday, November 1, 2019 8:55, EDT
Really not a ton to play for in this SEC game between Ole Miss and No. 11 Auburn. The Tigers can’t win the West Division but could improve their bowl stock with a victory, while the Rebels are 3-5 overall and just playing for pride. Auburn is a nearly three-TD NCAAF betting favorite at Mybookie. How to Bet Ole Miss Read More