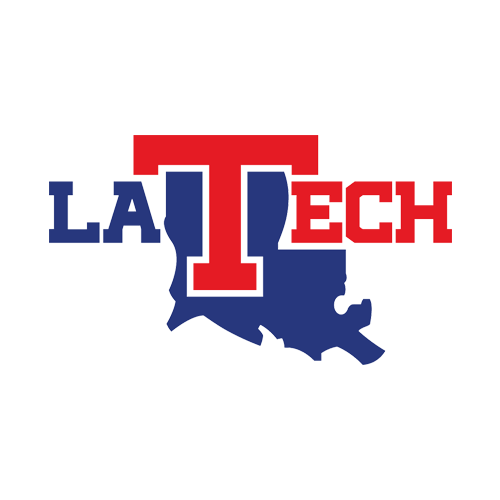 Because of COVID-19, there is no NFL game on Thursday this week. But there are two college football games scheduled. The first is from Conference USA as Louisiana Tech (4-3) visits North Texas (3-4). The Bulldogs are short road favorites on the NCAAF odds.

Because of COVID-19 cancelations/postponements, Louisiana Tech hasn’t played since a 37-34 double overtime win over UAB – the Bulldogs were down 14 in the fourth quarter. Jacob Barnes hit the winning field goal from 35 yards.

After each team traded field goals in the first OT period, UAB got possession of the football to start the second overtime and immediately connected on a 22-yard pass to the Tech 3-yard line. On the ensuing play, UAB running back Spencer Brown found himself in a scrum around the goal line before being stripped of the football by Tech safety Bee Jay Williamson.

Tech ran three plays, setting up Barnes’ game-winning attempt. His 38-yard attempt sailed right but a running into the kicker penalty gave Tech a first down. Three more running plays by the Bulldogs and Barnes had a second chance.

Tech QB Aaron Allen completed 18-of-26 passes for 191 yards and two scores while Adrian Hardy led the Tech receivers with seven receptions for 101 yards and two TDs With Hardy’s two touchdown receptions, the Bulldogs now have six skill players who have recorded multiple touchdowns in a single game.  Hardy has now recorded more than 100 receiving yards in two of the past three games. He has eight games with over 100 receiving yards in his career.

Tech will be short-handed for this one as starting left tackle Donavaughn Campbell, Hardy and running back Justin Henderson all opted out last week to start preparing for the NFL Draft. Hardy had 442 yards receiving and four scores this year. Henderson had 252 yards and two scores on the ground.

“They all three informed me of their decision. They came to me and told me this is where they are,” Coach Skip Holtz said. “They’re all seniors. They’re all big boys and they need to make their own decision. I told them I didn’t necessarily agree with it, but I wasn’t there to argue with them. If they felt like that was in their best interest, then I would respect it. I would support it.”

North Texas (3-4) lost 49-17 at UTSA on Saturday. The Mean Green entered the game averaging 559.5 yards per game (fifth nationally in all of FBS) and 37.2 points per game, which was second in Conference USA, but managed just 401 total yards in the loss.

Redshirt sophomore quarterback Jason Bean was replaced in the final minutes of the first half by redshirt sophomore Austin Aune before re-entering the game late, but neither signal-caller had an answer for the Roadrunners’ defense. Bean threw for 102 yards and two touchdowns, while Aune finished with 115 yards.

Receiver Jaelon Darden kept his national FBS lead for receiving touchdowns this season with his 75-yard catch-and-run touchdown in the second quarter – his 12th of the season in just seven games. He finished the day with eight catches for 143 yards and is now tied for the school’s all-time career receiving touchdown lead with 31.

The 143-yard performance was Darden’s third 100-yard receiving game of the season and the sixth of his career. He is in second place on the program’s all-time receptions list and trails the all-time leader, Casey Fitzgerald (2005-08), by 15 catches after he finished his decorated career with 229 catches.

Freshman running back Oscar Adaway hit the century mark for the third time this season in his four appearances with 101 yards on 15 carries. The North Texas defense was awful, though, allowing 624 yards – including a whopping 443 rushing.

North Texas appeared to be headed in the right direction defensively in its first season under coordinator Clint Bowen heading into that game. The Mean Green had allowed just 24 points in its last six quarters of action against Middle Tennessee and Rice.

“We knew that we had to stop the run and not let the quarterback get outside the pocket,” UNT coach Seth Littrell said. “He is way too dangerous. They had a great day and executed very well. We made too many mistakes.”

Posted: Tuesday, December 1, 2020 9:58, EST
Because of COVID-19, there is no NFL game on Thursday this week. But there are two college football games scheduled. The first is from Conference USA as Louisiana Tech (4-3) visits North Texas (3-4). The Bulldogs are short road favorites on the NCAAF odds. How to Bet Louisiana Tech at North Texas NCAA Football Odds & TV Info When: Thursday, Read More

Posted: Monday, December 23, 2019 7:54, EST
Miami hopes to stamp a mediocre season with a win in the 2019 Independence Bowl. The Miami Hurricanes’ opponent on Thursday, Dec. 26 are the Louisiana Tech Bulldogs. Will La Tech play Miami tough as a +6 underdog? Or, will the Hurricanes win and cover at Independence Stadium in Shreveport? Check out the college football odds, a preview, and a Read More

Posted: Tuesday, December 18, 2018 11:31, EST
The Warriors started rebuilding their program last season. This season, the Warriors garnered a bowl bid. That’s a sign they’re on the right track. Can they win their second straight? Or, will Louisiana Tech remind Hawaii that they’ve got a ways to go before challenging the better non-Power 5 Conference teams in the country? Hawaii vs Louisiana Tech 2018 Hawaii Read More

Posted: Friday, September 21, 2018 9:37, EDT
Undefeated #6 LSU hosts interstate rival Louisiana Tech in an interesting SEC versus Conference-USA matchup on Saturday. LSU opened as a -21 favorite, but the odds have dipped to LSU -20.5. Does that mean the Tigers are in danger of losing ATS to the Bulldogs? Check out analysis, NCAAF odds, and a free pick! Louisiana Tech at LSU NCAA Football Read More

Posted: Wednesday, December 13, 2017 11:40, EST
College football bowl season gets underway this coming Saturday, and after the initial offering of 5 games, we will be treated to a new match-up every couple of days or so. Jumping ahead to next Wednesday, you will find the Frisco Bowl on the calendar, which delivers a match-up between the Louisiana Tech Bulldogs and the SMU Mustangs. This is Read More

Posted: Monday, August 8, 2016 6:37, EDT
The Arkansas Razorbacks will enter the 2016 college football season looking to live up to all of the national hype they’ve been getting this offseason. While that may be all fine and well, the big question surrounding the Razorbacks as they get set for their regular season opener is whether or not they can cover the college football betting odds Read More

Posted: Friday, October 16, 2015 12:09, EDT
Both the Louisiana Tech Bulldogs and the Mississippi State Bulldogs are 4-2 on the year. In addition, both teams are coming off victories in their previous games and will be looking to continue their recent successes on Saturday. Which of the two Bulldogs will have the all-important winning bite? Read on for a College Football betting breakdown of the matchup. Read More

Posted: Tuesday, December 23, 2014 11:54, EST
There are some college football programs that are expected to challenge for a National Championship every year, but the vast majority of schools are simply looking to become bow eligible. For those smaller schools, making a trip to a bowl game is a real treat for both the players and the fans. The Zaxby’s Heart of Dallas Bowl features a Read More