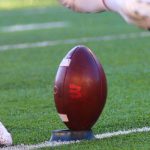 Every week, huge betting mismatches happen in college football. Week 9 is no different. Starting on Thursday when Coastal Carolina takes on Troy, some teams aren’t getting close to the attention from oddsmakers that they should. Keep reading for NCAAF Week 9’s top betting mismatches so you can get all set to bet against the NCAAF odds. 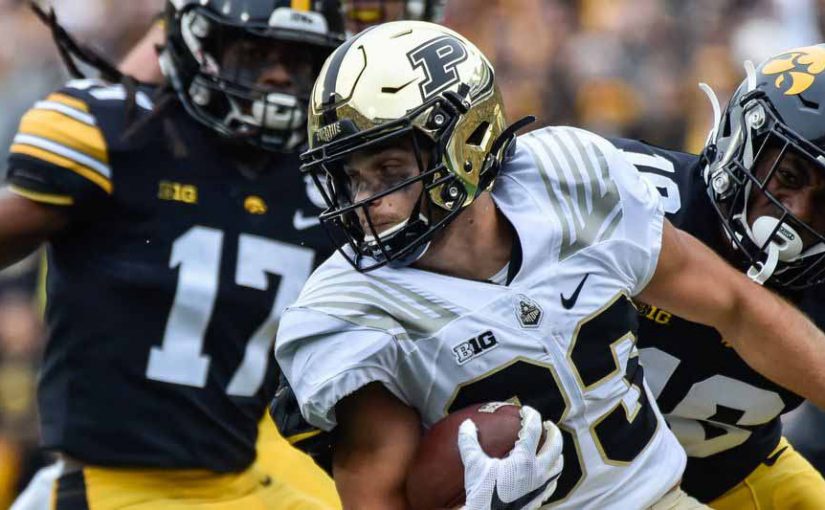 Off a huge home comeback win over Penn State, new national No. 2 Iowa could be on major trap game alert in Big Ten action Saturday when the Hawkeyes host Purdue in a rivalry game. Iowa is a double-digit favorite on the NCAAF odds.

These schools opened the 2020 campaign against one another and Iowa lost 24-20 at Purdue. Boilers start WR David Bell had three touchdown receptions, including the go-ahead score with 2:15 remaining. Bell became the first Boilermaker with three touchdown receptions in a game since Terry Wright also caught three vs. Iowa in November 2018. Bell’s touchdown catches were for nine, 11 and six yards. The Boilermakers forced three fumbles and recovered twice. Purdue was without head coach Brian Brohm due to COVID.

Purdue is 49-39-2 all-time against Iowa in a series that dates back to 1910. The last three matchups in the series have been decided by one score. Since 2012, Purdue has gone 2-2 inside Kinnick Stadium.

Purdue (3-2) has been off since a 20-13 home loss to Minnesota on Oct. 2. The Boilers were kept off the scoreboard in the second half for the first time since October 2019. Overall, the Purdue offense was pinned inside the 20 four times on punts, as Minnesota’s Mark Crawford averaged 51 yards per kick on his six punts. Seven of Purdue’s 11 drives started inside the 25-yard line, none started past the 25 and three began inside the 10.

QB Aidan O’Connell completed 34 of 52 passes for 371 yards, one touchdown and one interception. He completed passes to 11 different Boilermakers. David Bell led the way with 120 yards on six receptions.

Bell’s 13 career 100-yard receiving games is the most by an active player in the country since 2019. Bell is also the fastest active FBS receiver to crack 2,000 receiving yards. Western Kentucky’s Ben Ratzlaff (20 career games) would pose a slight threat to accomplish the feat in 22 games if he were to produce 433 receiving yards in the Hilltoppers’ next two contests.

As for this game, the Boilermakers are 5-10 all-time against opponents ranked No. 2 in the Associated Press Top 25 poll. The last time Purdue took on the nation’s No. 2 team was a night to remember at Ross-Ade Stadium, as the Boilermakers took down No. 2 Ohio State, 49-20, on Oct. 20, 2018.

Iowa (6-0) rallied from down 17-3 to beat No. 4 Penn State last Saturday, 23-20. Junior Nico Ragaini’s 44-yard touchdown reception with 6:26 remaining was the winning score. QB Spencer Petras finished 17-of-31 for 195 yards and two touchdowns, including the 44-yarder to Ragaini that gave Iowa the lead. Ragaini had four catches for a team-high 73 yards in the game. Petras has led Iowa to 12 consecutive wins and is 12-2 as Iowa’s starting quarterback. He has the best winning percentage by a starting quarterback in program history (.857).

Iowa’s defense was the story, forcing Penn State into four interceptions in the game, but the biggest play was a hit by linebacker Jack Campbell. It knocked Penn State quarterback Sean Clifford out of the game. Penn State had 221 yards and scored 17 points with Clifford under center in the first quarter and a half; the Nittany Lions had 66 yards the rest of the way. Iowa’s defense limited Penn State to 287 total yards.

Posted: Wednesday, October 13, 2021 10:28, EDT
Off a huge home comeback win over Penn State, new national No. 2 Iowa could be on major trap game alert in Big Ten action Saturday when the Hawkeyes host Purdue in a rivalry game. Iowa is a double-digit favorite on the NCAAF odds. How to Bet Purdue at Iowa NCAA Football Odds & TV Info When: Saturday, 3:30 PM Read More

Posted: Thursday, November 19, 2020 8:20, EST
Purdue is still in the running for the Big Ten West Division title, while Minnesota has been one of the conference’s biggest disappointments. The Boilermakers visit the Gophers in one of four college football games around the country on Friday. How to Bet Purdue at Minnesota NCAA Football Odds & TV Info When: Friday, 7:30 PM ET Where: TCF Bank Read More

Posted: Monday, May 18, 2020 5:14, EDT
Purdue’s Rondale Moore was one of the nation’s most electric players as a freshman in 2018 but injuries largely wrecked his 2019 campaign. Here are two props available to wager at Mybookie on Moore’s Heisman Trophy chances and Purdue’s 2020 college football season – assuming there is one – and an overview. Rondale Moore Heisman Trophy Odds & Analysis For Read More

Posted: Thursday, November 21, 2019 3:09, EST
The battle for the top 4 spots in college football is going to go all the way down to the wire, with that finish line now very much in sight. In college football, there is very little margin for error, as one loss is sometimes all it takes to eliminate a team from playoff contention, or to at least have Read More

Posted: Wednesday, October 16, 2019 11:16, EDT
The chances for No. 23 Iowa to win the Big Ten West Division are on life support after back-to-back tough losses and they will be essentially gone should the Hawkeyes be upset on Saturday at home as nearly three-TD college football betting favorites vs. Purdue. How to Bet Purdue vs Iowa College Football Week 8 Spread & Game Info When: Read More

Posted: Wednesday, October 2, 2019 1:54, EDT
While there is a lot of college football being played on any given weekend, it’s certainly fair to suggest that most of the attention is paid to the Power 5 conferences. After all, that is where the top 4 teams are most likely to come from, while also being the conferences that get most of the play on national television. Read More

Posted: Wednesday, December 26, 2018 11:08, EST
Surprising Purdue has a shot to take down a vaunted SEC squad on Friday, Dec. 28 in the 2018 Music City Bowl at Nissan Stadium in Nashville, Tennessee. Purdue’s a slight dog heading into the matchup. Will the Boilermakers prevail over the tough Tigers? Purdue vs Auburn 2018 Music City Bowl Lines & Prediction When: Friday, Dec. 28 at 1:30 Read More

Posted: Friday, November 2, 2018 10:37, EDT
Both Iowa and Purdue are 3-2 in the Big Ten West Division and both still have a shot at winning it and getting to the Big Ten title game. Is it likely? No. And the loser Saturday in West Lafayette can forget it. No. 16 Iowa is a short road dog at the latest NCAAF Odds.   Iowa at Purdue Read More