Anyone looking to succeed in the billion-dollar money-minting world of sports betting will almost certainly have some set of rules to guide his/her way towards profitability in the sportsbetting lines. The problem, however, is that sports handicappers sometimes propagate myths regarding how to make profitable wagers, and oblivious bettors—who mistake the myths for helpful betting tips—bite and swallow the baits hook, line and sinker, suffering massive losses in process.

Serious sports betting obviously requires you to constantly be on the lookout for new betting angles or trends that are yet to be exploited, whether or not you are a professional gambler, so never shy away from learning something new about this constantly-evolving and ever-changing industry. That said, you should be wary of being duped into believing the handicapping myths being popularly sold out there, some of which are outlined for you below.

Teams Seeking Revenge Are More Likely to Win: This is a pretty dumb myth because, when you really think about, a team that already beaten you will feel more confident meeting you for a second time, hence being more likely to do so again. No doubt, there will be extra motivation for the team that was beaten earlier, but that isn’t ultimately enough for you to bank your money on.

Rivalry Games Favor Underdogs: Most rivalry games tend to be toss-ups, mostly depending on how teams prepare for them rather than who is the underdog. Favored teams generally tend to be a bit complacent, which is part of the reason we’ve seen a good number of underdogs cover the spread or even deliver an outright upset over the favored teams, but that isn’t necessarily all you need to consider as the all-encompassing reason to bet on a team. 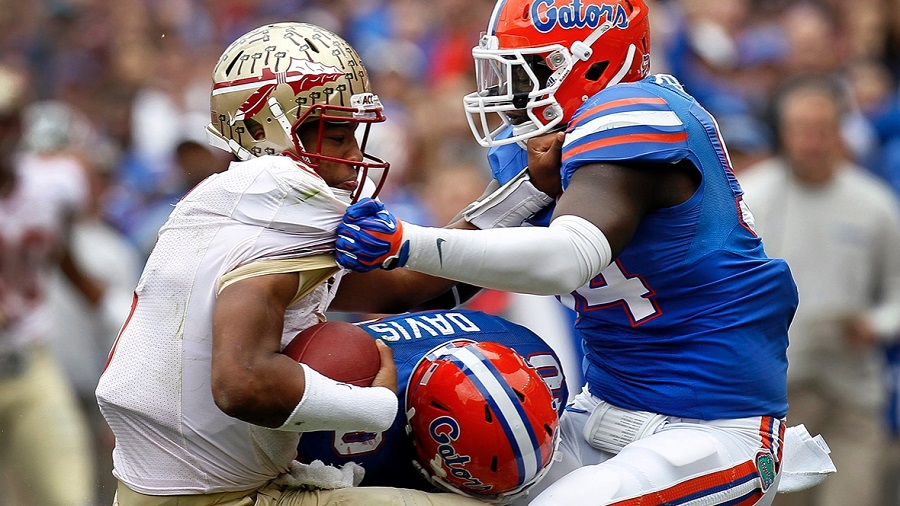 Play Home Underdogs and Bet Against Road Favorites: Different sports have different rules when it comes to home/away splits. In the college basketball odds, for example, winning on the road is never easy even for the best of teams. In MLB betting lines, however, winning on the road isn’t that big a deal, mainly because the games tend to come in series and various factors affect back-to-back games.

Sportsbooks Fix Games and Lines: The thing about sportsbetting is that the odds are meant to align closely with how the public perceives a game or how a game is expected to turn out. And if the sportsbooks realize that a consistent winner is producing too many high yields, the betting lines are usually adjusted accordingly. All those talks about sportsbooks manipulating games and lines using insider information are simply crap talks from sour losers.

Smart Money is on Always on Favorites: Yes, a good number of favorites often win games and even cover the spread. There is, however, no guarantee that smart money is always on the favorites. I mean, sometimes a team is simply favored to win a game because the public loves to bet on that team–like New England Patriots in the NFL, the Alabama Crimson Tide in college football, or the Kentucky Wildcats in college basketball–rather than because they are the right favorites to win that game. In other occasions, underdogs rise to the occasion because they are more focused on winning than the favored team. So, constantly jumping on the favorites is ill-advised; it should only be done when there are other tangible reasons supporting your decisions.

Sports/Media Analysts and Pundits are Always Right: Just because some seasoned reporter for ESPN or Fox Sports can quote some statistics and give a compelling argument about a team does not mean that he/she is saying the right thing. Serious—and successful—betting calls for tons of research, open-mindedness and the ability to judge between emotionality and objectivity in the bid to make a level-headed decision. These so-called pundits can be right, just don’t mistake them to ALWAYS be right ‘coz they never are.

As evidenced above, there is some element of truth in all the myths above, and many others you’ll read about out there. Admittedly, I pay attention to some of the myths, but only to a very small extent of my overall handicapping process. In order to make an informed decision, ensure that you assess other contributing factors as well. For example, rather than just thing about the revenge or rivalry angle, consider other elements such as the motivation for the teams involved, injury and suspension concerns, recent form and betting trends. By doing so, you will be able to avoid the flawed handicapping process that is solely based on using handicapping myths to make sportsbetting decisions.